To boldly go… to MIPCOM 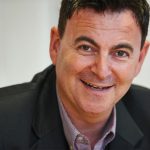 As we strapped ourselves in for another journey into the unknown of Cannes at MIPCOM one thing we knew for sure is that there were new stars in the ascendency such as Amazon and Netflix and as-yet unreached far flung galaxies promising new riches in the form of Facebook and Snapchat.

In what was a very well attended market spirits seemed to be high (and I don’t mean the price of the drinking kind in various hostelries around Cannes). Not only did MIPCOM feel bigger and better, but longer too. Our meetings started from Saturday this year and went through until Thursday (almost justifying the cost of having to pay for a week’s stay in Cannes whether you like it or not!).

Although eyes were set on new opportunities from the outset much conversation centred around absent characters. Our dear friend and industry doyen David Lyle was sadly missed and a whisky was raised in his honour on the first night at the Carlton.

Once the market got into full flow there seemed to be some interesting, but also well-trodden trends emerging and re-emerging.

Dating and relationship never seems to go away as a genre, but both are hard to reinvent. It appears Love Island (a reboot itself and the winner of TBI’s Best Entertainment Format of the Year gong at the Content Innovation Award) has been the Casanova of dating formats this market with everyone falling head over heels for it. However, I think the shows with the dreaded ‘D-word’ (divorce) in the title such as Divorce For a Better Love from AH In France or The Break Up from Newen may be destined for the same fate.

Adventure formats still seem to be in fashion post – The Island and Hunted remain strong – and the newest entry to the market was Inhuman Resources from Lionsgate, which airs on The CW and has the novel approach of taking work colleagues on a survival mission by locking them in the office.

Genealogy also has had a reboot as the rather clever but simple My Grandad is Innocent entered the fray via Sky Vision, offering people the opportunity to clear the name of their incarcerated ancestors.

In the social experiment space, my personal favourite was Undercover High (itself a play on a similar Channel 4 experiment in 2002) in which young looking adults pose as school kids to go undercover in schools to see what modern student life is like.

There also appears to be a current obsession in social experiment formats with helping childless couples have kids via the power of TV. There were at least three of these formats doing the rounds including our very own Let’s Make a Baby.

My company Zig Zag’s personal highlight of the market was the launch of our Chinese coproduction with 3C Media of epic sports completion show Ancient Games where modern-day celebs eat, sleep and compete like the ancient competitors. Not to be confused with Sony Pictures Television’s Bromans, which is a comedic Love Island-style romp through the prism of ancient gladiatorial battle.

All in all, the field was broad, but it still felt like that unscripted needs refreshing and requires a stand out hit to win back some of the ground it has lost to scripted content.

The chances seem to be that an unscripted hit is as likely to arrive on one of the emerging networks as it is to be on traditional TV platforms.

Either way, it’s exciting times so buckle up tight and enjoy the ride as we’re destined to enter another TV galaxy in the next year the like of which we have never seen before, with both its challenges and its rewards.