Who to meet in Cannes: Katrina Neylon, FremantleMedia 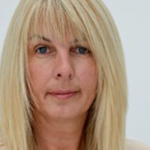 Neylon joined the company four weeks before MIPCOM, an unenviable task when working for a distributor with such a large catalogue of various genres.

“Since the announcement I’ve had so many meeting requests,” she says. “In terms of MIPCOM I’ll have to think about the producers that I’ve worked with previously, and also about meeting new producers.”

Neylon adds she is keen on formulating relationships with new third party producers that FMI doesn’t yet deal with, and will be focusing on such meetings in Cannes. The idea is to “bring more talent and creative into the company”, she says.

At the moment, Neylon says Fremantle is doing an excellent job in pushing into high-end drama through shows such as American Gods, and believes the focus now needs to be more on premium factual content with international appeal.

Neylon has worked in a range of international roles from Shine International to The Walt Disney Company, so finds it hard to pick a favoured genre, but says she is partial to factual and reality.

“The reason I joined FMI is because it has such an impressive reputation and is one of leading creators, producers and distributors of television brands in the world,” she says.

“To be working for a company like that that has the highest rated shows, for me that is a dream come true and literally is a company that I’ve wanted to pursue and work for, for a long time.”