Australia should look to Canada for Netflix solution 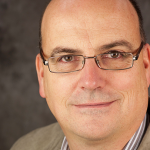 Chris Hilton from Essential Media and Entertainment argues Australia could do worse than look at Canada’s production deal with Netflix in order make a fairer playing field for producers and broadcasters.

Australia is a relatively small film and TV production market, which is why, in order to grow Essential Media and Entertainment, I established joint venture offices in both Los Angeles and Toronto about five years ago. Los Angeles is obvious of course but you may well ask, as many other do: why Toronto?

The answer is that I was attracted by the strong Canadian content regulations and government support that protected that industry from the dumping of already funded American cultural products.

In fact, in 2012, the result of this government support meant that the indigenous Canadian production industry (putting aside American runaway productions) was at least three times the size of the Australian industry even though our populations are roughly similar (24 million Australians vs. 36 million Canadian).

Then in 2015 the Canadian bubble was burst by the conservative Harper government: in its last six months in office it tore up the terms of trade following a review, radically reduced the Canadian content quotas on broadcast TV and made a number of other wholesale changes. Canada has been a virtual desert ever since in terms of commissioning of original Canadian content.

Although Australia’s regulatory framework and government support is quite light by Canadian standards we are now faced with a similar scenario which could wreak havoc on the indigenous production industry. A conservative government seemingly in its last year of office (according to the polls), enjoying a cosy relationship with entrenched broadcasters on whose favorable news coverage they depend, could severely disrupt a successful creative ecology.

The Australian government has called for a content review, the submissions are in, the scab has been ripped off the scar and now the furious turf wars have begun.

Of course the context for both the Canadian and Australian reviews is exactly the same: the disruption brought on by Netflix and other VOD platforms, fragmenting audiences and the flight of advertising dollars to digital platforms.

In Australia the advocacy of the legacy broadcast businesses has been to try to change the environment to suit their own business model rather than change their business model. This year alone, after successfully having their license fees reduced to zero and getting their way with changes to media ownership rules, which will allow high level consolidation, they have moved to overreach.

Free TV, as it’s called, is collectively lobbying to reduce or eliminate content quotas and to hobble their competitors – being the public broadcasters and the independent production sector. In the latter’s case this is being done by demanding access to direct funding, currently reserved for indies, to support their own in-house production.

As a member of Australia’s indie sector, I can agree with Free TV that the producers’ tax offset should be raised from 20% to 40%, although I say this should be reserved for producers who aren’t also broadcasters, and I can agree that it’s not a level playing field if Netflix and other streamers have no content obligations while the networks do. However, I can’t agree with their proposed solution of deregulating everything.

Let’s turn back to the Canadian example before we look for a solution to this conundrum.

As a result of the changes in Canada we have seen the Shaw-Corus merger, which has burdened Corus with so much debt that it appears they can barely afford to commission new programmes. Meanwhile, without the terms of trade, the networks are pushing to the US model of “producers of record” and 100% ownership for the network. As a result of recent changes this could now happen in Australia but how has Canada dealt with the competition from Netflix?

As reported in TBI two weeks ago, rather than impose quotas on Netflix, Canada’s Ministry of Heritage has done a deal with Netflix who will commit US$400 million over five years to create a “multi-purpose film and TV production presence” in the country. The proposal is not without its Canadian critics, but a similar outcome in Australia would be far better than if Netflix gets what it argues for in its submission to the content review – which is no content quotas at all.

If a EU directive can allow European countries to implement a quota and if Canada can negotiate a specific financial commitment then surely Australian politicians can also muscle up to protect the Australian industry. To do so they need to retain existing quotas and either extend quotas to streamers or negotiate specific financial commitments with them.

To follow the wishes of both legacy broadcasters and Netflix would create massive loss of jobs, reduce plurality and diversity in the production sector and further promote the brain drain that is already the bane of the Australian industry.