Who to meet in Cannes: Charlotte Walls, Catalyst 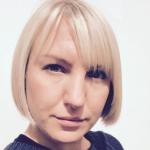 London-based Catalyst Global Media heads to MIPCOM as a shining example of how the film and television financing worlds are merging into one fluid and evolving business.

Co-founder and CEO Charlotte Walls had worked to produce and finance movies such as Killing Bono and The Wind That Shakes the Barley before launching Catalyst with private equity money in 2015.

At at Matador Films, she had positive experiences seeing Kew Media Group (formerly known as Content Media Corp) repackage feature film Streetfighter: Assassin’s Fist as a web series for Machinima’s YouTube channel and dystopian drama Residue as a three-parter for Netflix. To Walls, it was an opportunity emerging.

“That was a really interesting eye opener,” she says. “Suddenly there was this visible portal where people were consuming content, and it all sold in different formats, which made it lucrative as a business proposal.”

Catalyst has since secured its first commission, UK broadcaster ITV’s Peter Pan remix Peter and Wendy, and Walls is now heading to Cannes with a projects including neo-noir crime drama Cognition, which is a copro with Mission Impossible II director John Woo.

“It is a big, broad and bilingual show set in the US and the Far East,” says Walls. “It’s definitely going to be global production structure, so for us MIPCOM makes an enormous amount of sense.”