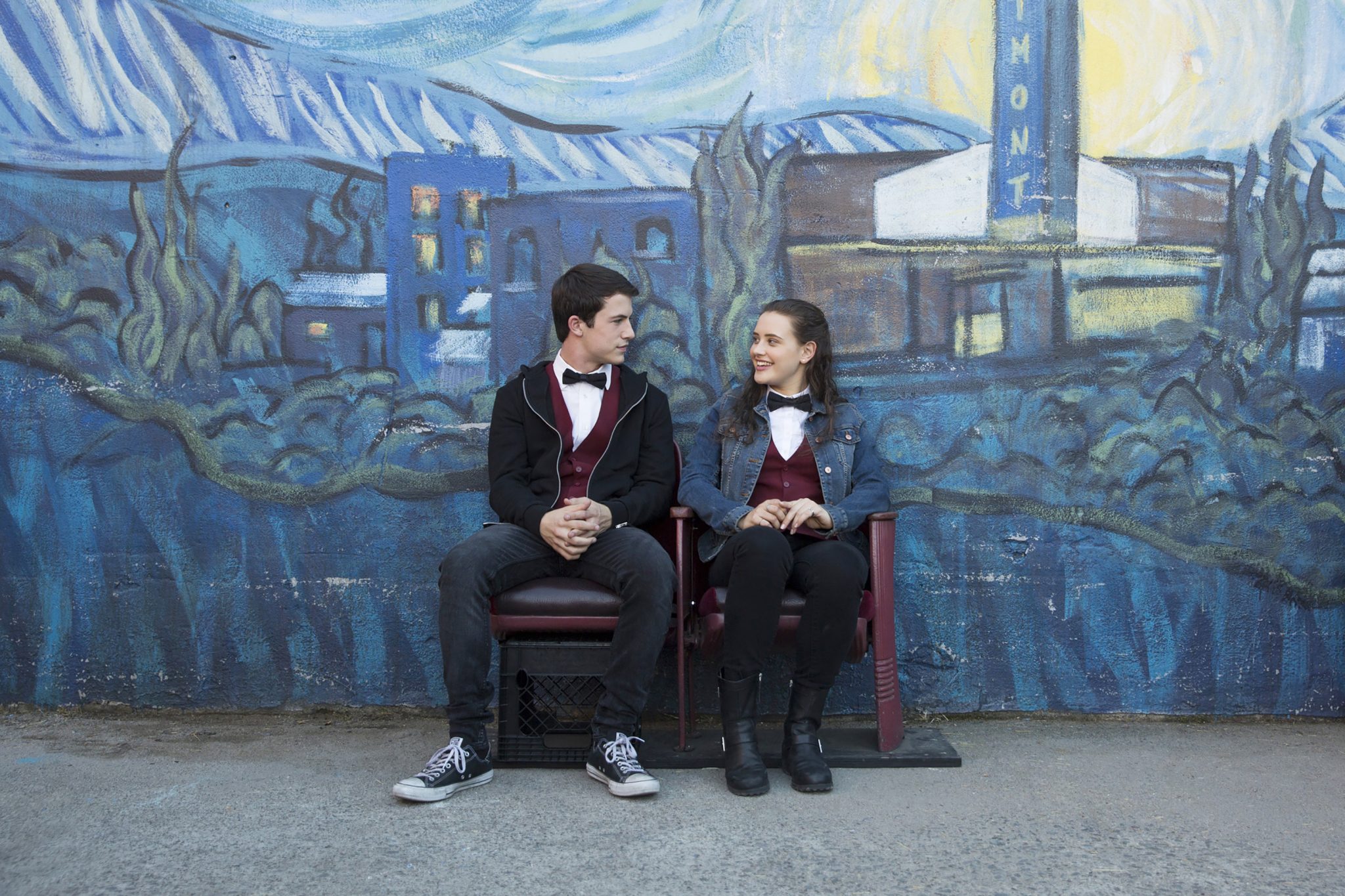 Netflix holds a domination position in French digital demand expressions. The streamer takes all ten Digital Originals spots in our latest chart, and three of the Overall TV Shows rankings, including a top-two position. 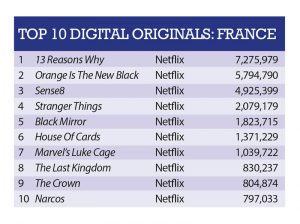 Angsty teen mystery 13 Reasons Why leads the way on the digital front. Its 7.28 million average demand expressions across the week were almost 1.5 million ahead of the second-placed Orange is the New Black, whose fifth season was recently leaked. That had led to a major spike in demand earlier this month around the world.

(OITNB was the most popular digital original in France in our previous chart, which tallied data from March 12-17.)

With most of sci-fi drama Sense8’s second season episodes released on May 5, the series has returned to our top tens and takes third place. It was around three million average demands ahead of the fourth placed Stranger Things and fifth placed Black Mirror. 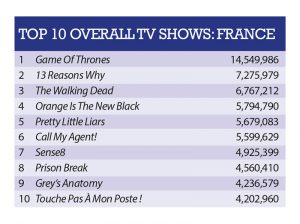 The other series in the chart were significantly lower in demand, with the sixth placed House of Cards bringing in 1.37 million and tenth placed Narcos taking 797,033.

The Walking Dead sits in third with 6.77 million demands, while OITNB is fourth followed by Pretty Little Liars.

France’s TV viewers have always been fervent supporters of local content, and therefore it is no surprise France 2 series Call My Agent! takes sixth place and C8 live broadcast Touch Pas a Mon Poste is tenth.

Tags: 13 Reasons Why, Call My Agent, Game of Thrones, House of Cards, Orange is the New Black, Pretty Little Liars