In spite of the challenges, some studios that had been offering services on a work-for-hire basis are starting to build content creation into their business models, reports Jane Marlow.

The fact that a company with the global reputation of Framestore started to “covertly” road test the idea of content creation two years ago gives an indication of the scale of the task. After a period of fine-tuning processes and ideas, Framestore executive producer Simon Whalley says its internal incubator, Ventures, is now poised to roll out across the whole company.

“The films that we do are so visual-effects-heavy that our teams of people bring a lot of their skills and a lot of creativity and innovation to those projects,” Whalley says. “We get paid to do that but we don’t get anything beyond it. It struck us that we have 1,500 staff members in our various buildings in various cities and it felt like something we should try.”

Projects are pitched to an in-house board, which decides which to support. “It’s a bit like angel funding,” says Whalley. “We’re not funding the production; it’s about creating a prototype or development package to take to market.”

Surprisingly for the giant in the CG world, the first original is a 2D animation with Adorable Media called Iggy and the Missing Links. Pitched at Cartoon Forum in 2015, Whalley says the show is “a long way down the road” with broadcasters and distributors. CG offerings Space Bunny (above), for 2-to-6-year-olds, and Loopy Fruit, for 6-to-9s, are also in development as part of a 15-project development slate that taps into the Framestore talent pool.

When making the move into production, creating a reputation as an outfit that broadcasters, networks and distributors can have confidence in is key. This was Blue Zoo’s strategy. Managing director Oli Hyatt says the company, which operates across children’s, commercials, work-for-hire and corporate, ramped up its kids content slowly, showing at each step what it was capable of.

“On the back of Those Scurvy Rascals for Nick Jr. we produced two seasons of preschool show Olive the Ostrich, which sold around the world,” says Hyatt. “That was a step up from what we’d done before; it was a bigger show and more ambitious. We used the money we were making from the other series and from our advertising work to produce 104 episodes of five minutes. It was all building up to try and get a major production off the ground, which was Digby Dragon [below].”

In terms of development, Hyatt says the opportunities are at the ends of the content spectrum. “There are shows you can make for a TV budget that are simpler and perhaps not so ambitious in technicality or scale and which you probably won’t be able to do much merchandising with,” he says. “Or you make a show that you’re prepared to put money into, where you go in all guns blazing with merchandise selling around the world. What we decided not to do was something that got stuck in the middle of those two things. I think those are the ones that are losing money at the moment. They aren’t doing anything new, can’t merchandise, cost a lot of money and can’t get the money back from international sales.”

The financial benefit of owning a successful kids IP is well known. Head of animation at Cardiff-based Cloth Cat Animation Adam Bailey says original IP had always been part of the plan, but the company wants to strike a balance between work-for-hire and content creation. “Work-for-hire will always be a part of the process because we recognise the need for collaboration,” says Bailey, whose development slate is largely driven by in-house ideas.

“We have taken some original IP to market over the last couple of years,” adds Bailey, “but as we’re relatively young, we wanted to make sure we proved our ability not only as a studio but also that we could produce quality animation, before committing too much money and time to developing our own IP.” 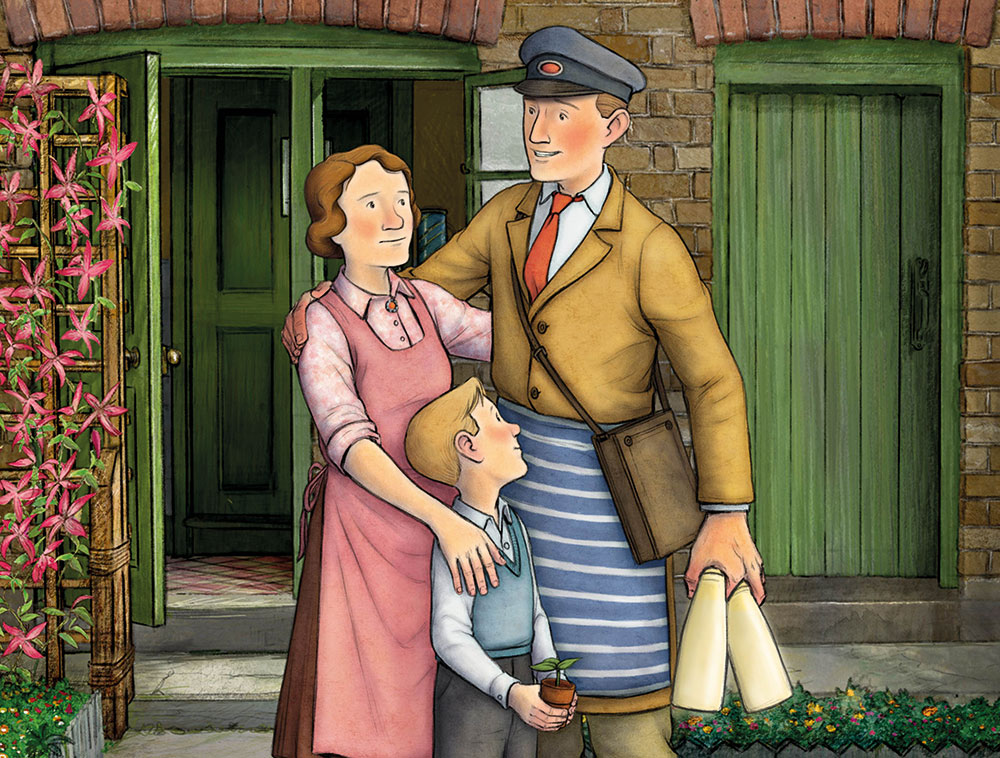 Working on Raymond Briggs’ animated feature Ethel & Ernest (above) with London-based Lupus Films was a part of that journey, and the aim for Cloth Cat is to do new and challenging projects that ‘upskill’ the crew. The studio’s two lead development series are Little Oaks for 4-to-6- year-olds and Lunar Lodge, an action-adventure space comedy for 7-to-11-year-olds.

The studio has also collaborated with Beijing-based Magic Mall’s Luo Bao Bei character for 5-to-8-year-olds, which is the company’s first production outside China.

Instead of chasing the North American and European markets, August Media’s strategy, meanwhile, has been to target emerging markets such as India, the Philippines, Indonesia and Southeast Asia. Founder and CEO Jyotirmoy Saha explains that the localisation of kids channels has turned India in particular into a market that creates and seeks out original content.

“For the Philippines and Indonesian market we’re creating an older, teenage action drama inspired by hip-hop and basketball culture called Barangay 143,” says Saha, who has Japan’s TV Asahi on board as coproducer on the anime series.

Saha says that the trend towards animated content for older age groups is being driven by the quality of animation that is now able to bring compelling stories to life. Its other property, detective comedy, Sherlock Sam, based on the popular book, is aimed at the 7-to-10s in the Southeast Asian market. “It is a massive emerging market,” he says.

Whereas August Media was set up to create IP, providing services has always been part of the strategy. “The cycle of any investments you make in animation are fairly long, and having a studio associated with the company helped us put out our skills for service work,” says Saha, whose company has opened ASI Studios in Manila. “In 2017, from a revenue perspective, IP will lead more than services,” adds Saha. That doesn’t mean that activity will decrease in terms of services, but that successful IP packs a bigger financial punch.

Lupus Films mitigates the risk associated with originating IP by investing in literary evergreens such as We’re Going on a Bear Hunt and The Snowman and the Snowdog. Its latest project is a 2D animation feature based on Michael Morpurgo’s book Kensuke’s Kingdom (pictured, top) with Melsuine Productions.

“We were lucky enough to win the BFI Vision award a couple of years ago to develop animated feature ideas, because no-one was doing it in the UK other than Aardman,” says joint MD Ruth Fielding. She says Lupus’ ambition is to become “the Aardman of the 2D world”, and it has four animated features in development. She points out that if Lupus wants to retain top-class animators, they have to have top-class projects on which they want to work.

The availability of talent is also an issue for Belfast-based Sixteen South, which has moved into a £1 million ($1.25 million) studio. Founder and creative director Colin Williams set up the company in 2008 and has progressed from working on projects as a creative partner with Jim Henson on Pajanimals and Sesame Workshop on Sesame Street, to originating IP such as mixed-media preschool offering Lily’s Driftwood Bay (right). By the summer there will be 150 people in the studio working on three shows.

“With our own studio full, we’re taking a serious look at an Irish footprint in Dublin,” adds Williams, who Sixteen South will also be looking to form chosen creative partnerships with studios that can match its vision.

He describes his slate as varied, and it is made up of six projects including animation and a live-action family drama. “For us the ability to write and tell our own stories is the biggest attraction of creating IP,” says Williams, who says work-for-hire is no longer on the agenda. “Partnerships where we can get involved creatively and commercially, we will do that,” he says.

“The greatest asset we’ve got is our creativity. There’s no point in us just making someone else’s show because that’s not a good use of our time. Working on a show alongside someone, then yes, absolutely. We’re always looking for the best partners to make those shows with.”

The combination of creativity and capitalisation is key for visual effects and animation studio Jellyfish Pictures and, after more than a decade concentrating on work-for-hire it was the 2014 UK tax credits that prompted the move.

Jellyfish CEO Phil Dobree says Sprout hit Floogals, a 52x11mins live-action/CGI blend developed with Zodiak Kids, was the project that proved the company had the infrastructure and pipeline to produce the content.

“It seemed a good idea that, if that worked, it would prove a point and lead on to other things,” says Dobree.

Dennis & Gnasher (above) came next, and then Bits and Bobs for FremantleMedia. “In the last year or two we have been developing our own ideas, and those are the ones we’re taking further in-house or talking to various other financial partners about,” says Dobree.

“We are confident one or two will come off. A lot of people want to work with us, and that’s the position we wanted to be in. We have our reputation in this area; to go from digital effects to kids animation without any background in it would have been very tough.

“We’ve expanded the animation side of the business, because right from the beginning the intention was that it wasn’t worth being in this business if you don’t get IP.”