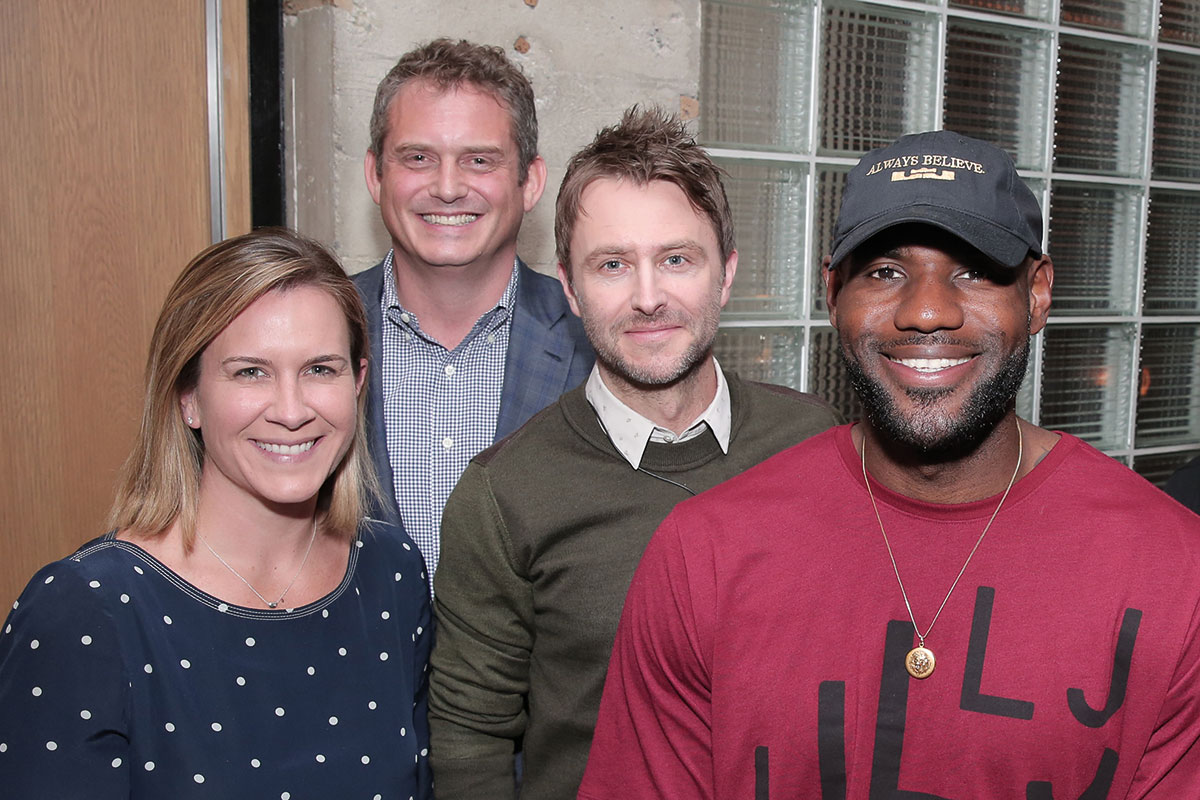 Amid the golden age of TV drama, NBC has done something remarkable in launching and sustaining unscripted hits that have fuelled the broadcaster’s hot streak. Mindful that the likes of The Voice, Got Talent and Ninja Warrior provide great numbers but no back-end, it created an unscripted studio last year. With Paul Telegdy in overall charge of unscripted and Meredith Ahr joining the recently minted unit, the Peacock Network wants to air and own a new wave of reality, gameshow, documentary and shiny-floor hits. They tell Stewart Clarke and the script for unscripted at NBC.

NBC’s roster of unscripted shows is currently the envy of its broadcast network peers. While The Voice, American Ninja Warrior, America’s Got Talent and The New Celebrity Apprentice are going strong, recent offerings Little Big Shots and The Wall have also launched strongly and got second seasons.

This gives Paul Telegdy – upped to president of the alternative and reality group at NBC Entertainment last year – a high-class problem: the company he works for does not own any of the shows.

“We have been buyers waiting for formats,” Telegdy says. “It was a strange situation, waiting for international shows to be developed rather than use our experience in the industry. The fact is the current hits on NBC belong to Fremantle or Talpa.”

While keen not to kill the golden geese – “I say ‘thank you’ to them, let’s keep on having this success” – the answer for Telegdy and NBC was to create a dedicated unit. His chief lieutenant, Meredith Ahr, was named president of Universal Television Alternative Studio last June.

In the wake of Comcast taking over NBCUniversal there has been a sustained investment in IP, and when the decision was made to dedicate resources to an unscripted studio, Ahr was the natural choice, Telegdy says. “We said Meredith would be brilliant at running one of these studios – she has the credibility with all of our partners from being at the coal face – and should be supported.”

International was baked into the plan. “It’s not just another vertically-integrated production business; it came from an organic place to grow big franchises,” Telegdy says. “What works on NBC is likely to be a massive global format.”

Ahr’s new studio has got to work quickly and an early hallmark of its shows is talent: it already has projects with Amy Poehler, Chris Hardwick and Jennifer Lopez, as well as a US remake of UK format Common Sense with Studio Lambert.

The Jennifer Lopez project is World of Dance, which harks back to Telegdy’s time at BBC Worldwide in the US, when he put together deals for Dancing with the Stars, a ratings juggernaut for ABC. “Dancing deals got me my job,” Telegdy says of his early days in US TV. “Dancing is an international phenomenon and in America has become a blend of creativity, art and performance sport.”

A dance competition also cuts into short-form chunks for digital and marketing, he adds.

Lopez is an exec producer and member of a team of judges on World of Dance alongside dancer Derek Hough and R&B star Ne-Yo.

The ten-episode talent series will see elite dancers battle for a US$1 million prize. Universal Television Alternative Studio is making the format with Lopez’s Nuyorican and the World of Dance lifestyle brand.

Ahr says that dance cuts through barriers and the interest in choreography and dancing is now mainstream.

“You don’t need to speak a certain language and this is dance as sport. It shows how far dance shows, and interest in them has evolved,” she says.

Leveraging existing relationships is clearly part of the studio blueprint. “We have producers and we have talent, and we wanted to take advantage of that and have that as a trademark of our shows,” Telegdy says.

The Handmade Project fits the bill, coming as it did from Amy Poehler, the star of NBC comedy hit Parks & Recreation.The show, with Universal Television Alternative Studio and Poehler’s Paper Kite prodco, is a serialised competition that puts crafts and skills in the spotlight, with Poehler’s Parks & Rec co-star Nick Offerman hosting.

“Nick a master craftsmen and woodworker, and Amy pitched us this as a passion project and really wanted to do it,” Ahr says. “Some things are very strategic and come from looking at statistics and data, but this is something no-one expects us to do. It’s something people didn’t know they needed.”

In its focus on homegrown skills, the series has some of the elements that have made Bake Off such a hit in the UK and abroad, a comparison Telegdy recognises. “Bake Off goes back to my BBC DNA,” he says. “It’s about how to make something tiny massive.”

If Handmade is something new for US viewers, The Awesome Show also has the promise of the future.

Presenter Chris Hardwick is hot at the moment; his AMC talkshow has spread from a Walking Dead aftershow to a year-round talkshow franchise, and he also presents The Wall on NBC. Telegdy rates the comedian-presenter-sci-fi-geek-podcaster very highly.

“He is the king of Comic-Con, the king of the nerds, a successful stand-up and a world-leading expert on Star Wars,” he says. “He is as important a broadcaster as I have come across; as Attenborough is to natural history, he is to tech.”

The Awesome Show, made with reality impresario Mark Burnett, will be a trip, with Hardwick, into the future. “There have always been shows that have told us about the future, and there is an insatiable appetite for the promise of tomorrow,” Telegedy says. “The Awesome Show is a global journey around the science and technology of tomorrow, seen through filters we understand: wellness, quality of life, health.

“Hardwick is a trusted guy and can take the American public through decades of change and into where science fiction collides with science fact.” Tonally, he adds, it will be more utopian than dystopian. “If Black Mirror is the dark side of [the future], this is the light side,” he says.

The Hardwick and Poehler shows are for next year and beyond. NBC’s latest hit, meanwhile, is The Wall, a physical gameshow from NBA star LeBron James and Hardwick (pictured, with Ahr and Telegdy) with Glassman Media and Core Media Group. Endemol Shine Group sells it internationally, and a local version launched strongly on TF1 in France, although ratings have since settled. In the US, it was the biggest gameshow of the season, and NBC ordered 20 more eps in January.

The show works because of the human jeopardy, according to Ahr. “It’s absolutely sticky,” she says. “From the moment you turn on, you know where you are and you stay to the end. What we got from the run-through was how unpredictable it is and how you’re watching emotions play out over and over.”

Telegdy and Ahr say shows for the NBC are positive, have ingenuity and are human. The new unscripted studio will, however, not restricting its efforts to its parent channel, not least because in success, the number of slots available on NBC are thin on the ground.

“Our tank is nearly full,” Telegdy says. “I said the first three or four from the studio will serve some strategic goals we have, but Meredith did that in the first few weeks of the job.”

The studio is understood to be looking at other big-scale competitions formats, having tried out with Spartan Race and fashion shows, and Telegdy says everything, from magic to variety to comedy is on the radar.

“This is not about filling a slot on the network, it is about creating global formats,” he says. “Not everything will be right for NBC, and there will be a surplus of ideas in short order. I’d better get used to Meredith having a different corporate master and her working with rivals.”