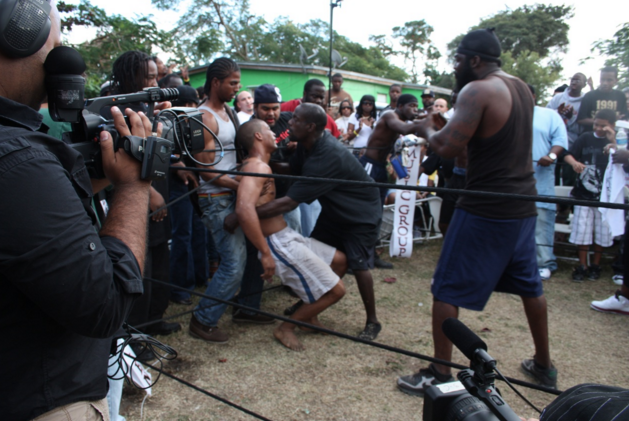 The 109-minute feature comes from director Billy Corben (Cocaine Cowboys) and looks at the career and life of MMA fighter Dhaffir Harris.

Another highlight is Showtime doc Spymasters, a 1x120mins feature from Jules and Gedeon Naudet (9/11) and Chris Whipple (The Presidents’ Gatekeepers).

It delves into the inner workings of the CIA, the US secret service and spy network.

On the comedy front, My Partner Knows Best is a 10x60mins series hosted by Jason Biggs (American Pie) and his wife, Jenny Mollen (Crazy, Stupid, Love). Based on a Kanal D format from Turkey, the Lifetime pits three opposing couples against each other as they bet on how well their spouse will do in hilarious games.

Also on the slate is CW Seed sries H1Z1: The Last Stand, Amazon unscripted anthology Lore and Cheedar World, which is for the Cheedar network. Full Court Pranks is a 12x30mins series that infuses high impact sport with pranks. It airs in the US on TruTV.