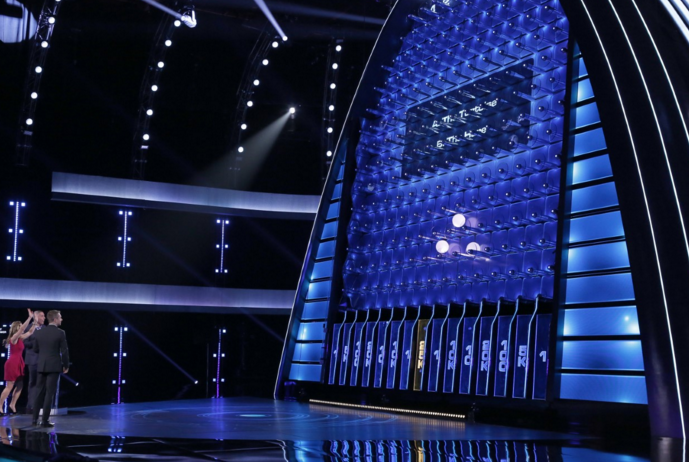 Hosted and executive produced by Chris Hardwick (The Talking Dead), The Wall sees contestants earn cash by correctly answering questions that release a green ball, which fall down a wall and add value to the prize fund of US$12 million each night.

Several international versions of the show are understood to be in the works.

Endemol Shine Creative Networks CEO Lisa Perrin said: “It goes to show that people still love a good gameshow. It’s great format and NBC has given it a brilliant launch.”

Also on the Endemol Shine slate for MIPTV is Trial (WT), which comes from doc-maker Nick Holt.

The Endemol Shine UK and Dragonfly ob-doc series sets up a courtroom with real barristers, judges and court staff, who then work professionally to rule on cases in which actors play the accused and witness.

An ‘as real’ selection of jurors, drawn from ordinary people, hand down an ultimate verdict.

Ambulance, which has just been given more episodes on BBC One, is another ob-doc, this time combining footage from a high-pressure control room and from medical crews on the streets of UK cities to give a 360-degree snapshot of the emergency service.

A three-part season on BBC One saw two of out three eps win their 9pm timeslot, with an average series rating of 4.81 million.

“The Trial and Ambulance demonstrate how our factual offerings can really deliver scale, drama and weight to schedules,” said Perrin. “Both shows present mainstream precincts to the audience in an unmediated, non-judgemental way. I truly believe they both move the factual genre forward.”

Another Endemol Shine UK format, Hunted, which has just received a third season order in the UK for Channel 4 and a second season greenlight in the Netherlands on NPO3, is also returning to the Croisette.

A US launch on CBS in January garnered 13.3 million viewers and a 13.9% market share, making it the biggest unscripted debut premiere on any network since 2011.

Perrin said Hunted was “gaining loads of interest from broadcasters in major territories.