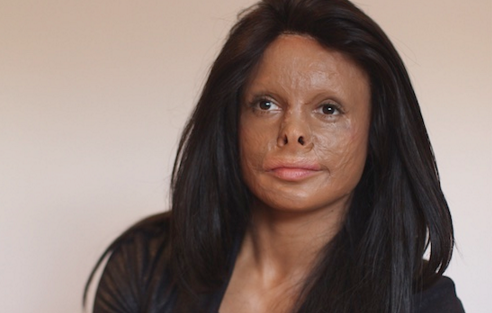 UK-based Drive Media Rights heads into its first MIPTV with a doc series studying the Roman Empire and another about a young women trying to understand her birth family’s troubled life.

8 Days that Made Rome is an 8x60mins series from October Films that focuses on key moments that defined Ancient Rome.

Programme financier Krempelwood coproduced the show, which is for Channel 5 in the UK.

Also on the slate is Annie: Out of the Ashes (pictured), a 1x60mins BBC Three documentary, again from October, about Annie Price, the daughter of a white Irish traveller mother and black British father, who was found in a caravan aged four weeks with horrific burns.

The doc follows Price as a 30-year-old woman trying to understand what led to her family shunning her and how their turbulent life led to her injuries.

Volatile Earth is a 3x60mins PBS and More4 science-themed coproduction from Blink Films, while 1947: The People’s Wedding is a 1x60mins is billed as a landmark doc looking at the marriage of then-Princess Elizabeth and Prince Philip.

It is for ITV and from Oxford Film and TV, which is also behind Channel 4 doc Marilyn: The Auction of a Lifetime, also on the Drive slate.

Elsewhere, the sales arm of coproduction finance specialist Drive is selling Channel’s Little Gem-produced How to Build a Human, in which Humans star Gemma Chan explores the cutting-edge frontiers of artificial intelligence.