With trips to Miami and Liverpool coming up, Henrietta Hurford-Jones, BBC Worldwide’s director of childrens, tells TBI about new and returning shows, and her kids TV shopping list.

The calendar for kids execs is well-populated with kids conferences, markets, screenings and producer get-togethers, and Showcase comes just days after the Kidscreen event, which corrals all of the industry buyers in Miami, where Worldwide will hold a party this year on the Tuesday of the market.

“Kidscreen is for me about production and coproduction, while Nathan (Waddington, genre manager) is focused on our broadcaster relationships there,” says Henrietta Hurford-Jones, director of children’s, at BBC Worldwide. “I’m looking for new things all the time and we want something really special.”

As Hurford-Jones scours the world for new projects preschool is the key focus because Worldwide has an international outlet in its CBeeebies channel, and programming for the over-6’s offers fewer consumer products opportunities.

Showcase is arguably less of a priority for kids than factual, formats and scripted, but plays an important role nonetheless.

Part of the remit of the Liverpool event is to shine a light on the BBC’s output and at the public service level the Corporation’s programming for younger viewers is a key part of what it does, so having new kids shows for Showcase is part of the bigger picture.

Hurford-Jones gets back to the UK from Kisdcreen just in time to head to Liverpool for Showcase. “It’s important to be there, it is a great showcase for the BBC as a whole and children’s is a key part and becoming more important in the BBC portfolio.”

A new show Worldwide will have for Kidscreen and Showcase is Jamie Johnson (above), a football-themed live-action drama for CBBC that the distributor hopes will become a fixture in international schedules.

The titular Jamie is a talented 11-year-old footballer with a chance of making it as a pro, but also struggling with a complicated life off the pitch after his dad leaves and he has to move homes and schools.

There are cameos from the likes of Gary Lineker and Ruud Gullit and Worldwide will be shopping the Short Form Film Company-produced series, which is based on the Dan Freedman book series, in Liverpool. 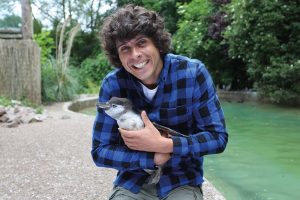 Also in live-action the Andy franchise continues to grow.

Wildlife footage from the BBC’s vaunted Natural History Unit in Bristol is used as a backdrop for the adventures of CBeebies’ presenter Andy Day.

Set up as a copro between CBeebies and BBC Worldwide, the latest instalments are Andy’s Baby Animals (above right) and Andy’s Prehistoric Adventures with more series understood to be in the works.

The other live-action focus is the new, fourth, season of CBBC’s The Next Step, the Temple Street-produced show out of Canada and following goings on at a dance studio for talented kids.

As an investor in programming, a sure sign of success is returning series, and Worldwide has new runs of three of its preschool hits for Showcase: a freshly announced second season of Hey Duggee, a third season of Sarah and Duck, and a second season of Go Jetters (pictured, bottom). 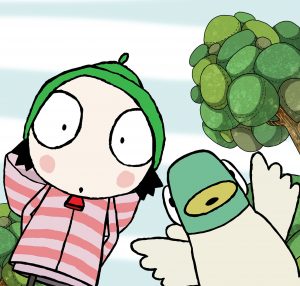 “Sarah and Duck is from Karrot Entertainment and was our first [original] and introduces kids to a world just outside their own homes for the first time, it’s a quirky creator-led show that moves at a gentle pace,” she says.

“Hey Duggee inspires kids to go outside and explore and be energetic, and does it with a real humour,” Hurford-Jones says about the show, which is a from Studio AKA and scooped a Kids Bafta in the UK. 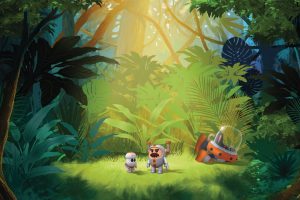 “It has a big co-viewing element with contemporary pop culture references.”

Surreal elements and humour connect the preschool series and Go Jetters is no exception.

“It has geography and STEM learning and has a classic concept with almost a Wacky Races feel.

“In the new season we’ll introduced an Academy, set within an archipelago, and the Go Jetters will go there every few episodes.”