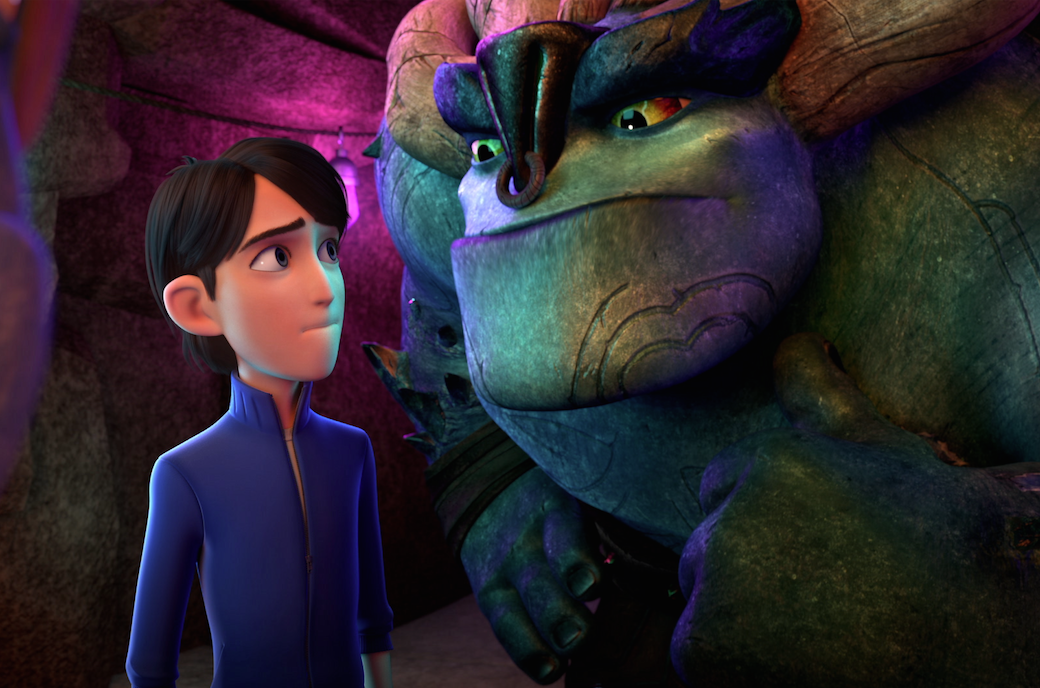 Undeniably, 2016 was the year digital platforms established themselves as key kids entertainment market gamechangers. “Netflix, without a doubt” was the network that made the biggest impression across the year, says Halle Stanford, executive VP of children’s entertainment at The Jim Henson Company.

Many others agree with her – Andrew Cole-Bulgin of Komixx Media Group says the SVOD service is “leading the way in terms of providing a platform for producers to push creative boundaries and curating online quality content for all audiences”, for example.

During the year, Netflix commissioned a high volume of original kids series, with Trollhunters debuting on December 23 as its latest effort.

Who’s he hottest name in the game?

“In terms of gamechangers, Netflix is up there,” says Laura Burrell, head of formats, programming sales for Viacom International Media Networks.

“Actually, for kids, YouTube’s a bigger deal,” argues Hopster founder Nick Walters (left). “Netflix has some great programming, but will you ever be able to break a new kids show on Netflix in the same way you can on broadcast? Not sure.”

People have “consistently underestimated” YouTube and its paid-for service, YouTube Red, to their detriment, he adds. “The reach and engagement are just very, very impressive. There’s plenty it still needs to work on, but no question it is changing the market.”

For Christophe Goldberger, founder of Spain-based distributor GoldBee, the main player is Amazon Prime Video. “It started its expansion on the international market, providing the industry with significant new revenue streams,” he says.

“YouTube has become the destination where globally children point to when it comes to the consumption of content, while Netflix’s impact lies in the creation of high end content,” says Ed Galton, chief commercial officer and managing director of UK-based distributor Cake (right).

“Netflix continues to be one of the most important networks, however, in terms of total numbers, it is still below other platforms and channels,” he adds.

Alison Warner, VP of IP sales and acquisitions at Technicolor, warns of further issues surrounding Netflix. “Netflix continues to be a dominant global network in terms of the sheer volume of shows being commissioned, which creates fabulous opportunities for producers,” she says. “However, it remains challenging for long-term brand building where ancillary exploitation is required.”

Hopster’s Walters agrees. “Netflix have some great programming, but will you ever be able to break a new kids show on Netflix in the same way you can on broadcast? Not sure.”

Skepticism SVOD services provide a strong enough platform for programmes, especially in preschool, to develop into fully-fledged brands with L&M programmes around them certainly still exists, despite the overall enthusiasm for the overall impact of the digital networks.

A bigger problem for many distributors, however, is the trend for commercial broadcasters to seek exclusive pay TV and non-linear rights, “completely closing the door to other non-linear platforms”, as one vendor puts it. This is widely seen as a trend that will expand next year, as more SVOD services launch.

“From a distribution perspective, the market is better than 12 months ago, as both traditional broadcasters and newcomer SVOD platforms acquire content, which compensates the lower fees that are being paid,” says GoldBee boss Goldberger (left).

The BBC’s impact as a perhaps the single most significant linear broadcaster is still being felt. “The BBC continues to rock, both in terms of diverse content and market share,” notes Technicolor’s Warner.

Nathan Waddington, who is general manager at BBC Worldwide Children’s, notes that much of that diverse content is coming from the animation sector. “Animation continues to dominate not just our slate, but also the wish list of buyers globally,” he says.

Elsewhere, this year has seen the emergence of Asia as a global distributor and consumer of kids programming.

Todd Miller, who is CEO of Celestial Tiger Entertainment (right), the company behind new Asian-focused kids channel Miao Mi, says: “We are experiencing global demand for our brand of Mandarin edutainment.”

Further to that, he adds: “The emergence of OTT services provides not only new distribution platforms for new services such as Miao Mi, but also new ways to efficiently target diverse customer segments, demographically and geographically.”

Overall, there is much optimism within the industry. “In 2016, producers and distributors alike managed to produce and develop more content than ever in the constantly changing media landscape, which is definitely positive and makes you feel a real sense of achievement,” says Nickelodeon’s senior VP, international development, Nina Hahn.