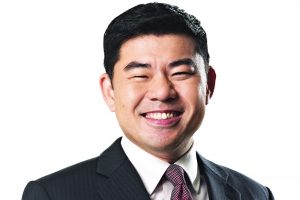 Singaporean regulator the Media Development Authority merged with the country’s information-communications body this year. Having taken a delegation of local companies to MIPCOM, Gabriel Lim, chief executive of new entity the IMDA, explains the vision for the organisation, why Netflix is welcome in Singapore, and how international companies can thrive there

One Animation, Monstrou Studio, ActiveTV Asia, Sunrise Entertainment and Ying Group were among a 14-strong Singaporean delegation at MIPCOM. Many producers, broadcasters and distributors will have recognised those names, but perhaps not the body they were in town with.

The new body aims to bring together the emerging matrix of connected technologies (in healthcare, social services, management, real estate, start-ups and business, and more) with Singapore’s media industries. For television this means a new avenue of support for a variety of animation studios, local drama prodcos and unscripted television producers.

“Our mandate is to empower Singaporean companies with new opportunities,” says Gabriel Lim, the former CEO of the MDA who is now boss of the IMDA.

“One reason why we decided to reorganise was the concept of convergence of infotech and media. They are coming together through social media and digital media – both sides are closer together.

“Singapore is generally quite a small market, but we do have lots of capability and talent,” he continues. “We have very promising film producers and directors; and strong talent in games and games development. There are many niches in which we are strong, but we want to take a more global focus.”

International television will play a big part in this new strategy. “We want to coproduce television content with partners from around the world, but we also want to remain a hub for international companies to use to set up Asian operations,” says Lim. “They can come here and open up shop.”

The MDA launched and supported various production funds and coproduction treaties over the years, and launched the Singapore Media Festival, which works with the Asia Television Forum & Market and the Singapore International Film Festival. The IMDA will continue with such initiatives, with global business remaining a key tenet. The likes of The Jim Henson Company and Discovery Networks Asia Pacific are among those active in the territory at present.

“As media evolves and new companies emerge, our mandate is to make sure we remain the partner of choice for those companies around the world,” says Lim.

“We want them to be part of our story, and at the same time make our work improve the lives of people in Singapore.”

The IMDA recently inked a coproduction pact with Discovery’s Asian arm, which will see the latter creating content in Singapore for mobile devices, linear channels, 4K and VR platforms, and offering support from the US to local producers, plus training and workshops.

There will be twelve 10-minute digital pilots as an early part of the initiative, which will run until the third quarter of next year.

The venture is worth around US$6.8 million, with both sides putting in cash, though the exact split of investment has not been made public. What is known is that “Discovery Networks Asia Pacific is working on short-form content that will be exclusive to the region”, as Lim says.

“We are working on a few more similar deals that we can’t mention at the moment, but these are with international partners that will give us more scope and opportunity,” he adds.

With digital production a key focus, the IMDA has also struck up a partnership with Disney-owned multichannel operator Maker Studios. This has seen bootcamp events bring together online content creators with Maker creatives to share ideas on production and audience building.

“The idea of broadcasting yourself through Facebook, YouTube, Twitter and Periscope has become very important,” says Lim. “It can reach local audiences even if the quality is not as high [as linear broadcasting]. We partnered with Maker Studios to realise that.”

More broadly, the IMDA has taken a different tack to many of its neighbours by openly welcoming SVOD giant Netflix into the local market. In fact, Lim says, it went as far as changing regulation to make the conditions easier for the US-based digital player to start out in the territory.

“Many of our neighbours banned the service, or made it partner with local pay TV operators,” says Lim. “We decided not to do that, and instead embrace Netflix. We harmonised our regulations to allow it to operate legitimately.”

The rest, however, is up to Netflix, with strong local competition coming from the likes of pay TV operator PCCW’s subscription service Viu. There is plenty of scope for multiple SVOD players, with estimates from July suggesting around 86% of the territory’s web users would regularly stream video. “There are many, many players challenging Netflix,” says Lim. “I expect HBO and Fox [among others] will launch their OTT services direct-to-consumer here when they are ready.”

Netflix will have a headstart, especially if it localises its offer in the same way it has done in Turkey and Poland. “We have started to see local studios and talent undertaking exclusive work for Netflix, which is also now interested in buying Singaporean catalogue programming for the local service,” says Lim.

As Netflix’s story in Singapore proves, the IMDA is one of the more active regulators in international television. The question is how it can achieve its watchdog duties and promote content companies at the same time. Lim, who became CEO of MDA in December 2014 and has held various government posts, believes he has an answer.

Below are some of the most headline-worthy titles from the Singaporean companies brought to MIPCOM. The full line-up comprised 650 hours and 40 shows, highlighting the depths of talent the territory has in its ranks. The IMDA’s job is now to sell the story to the international market 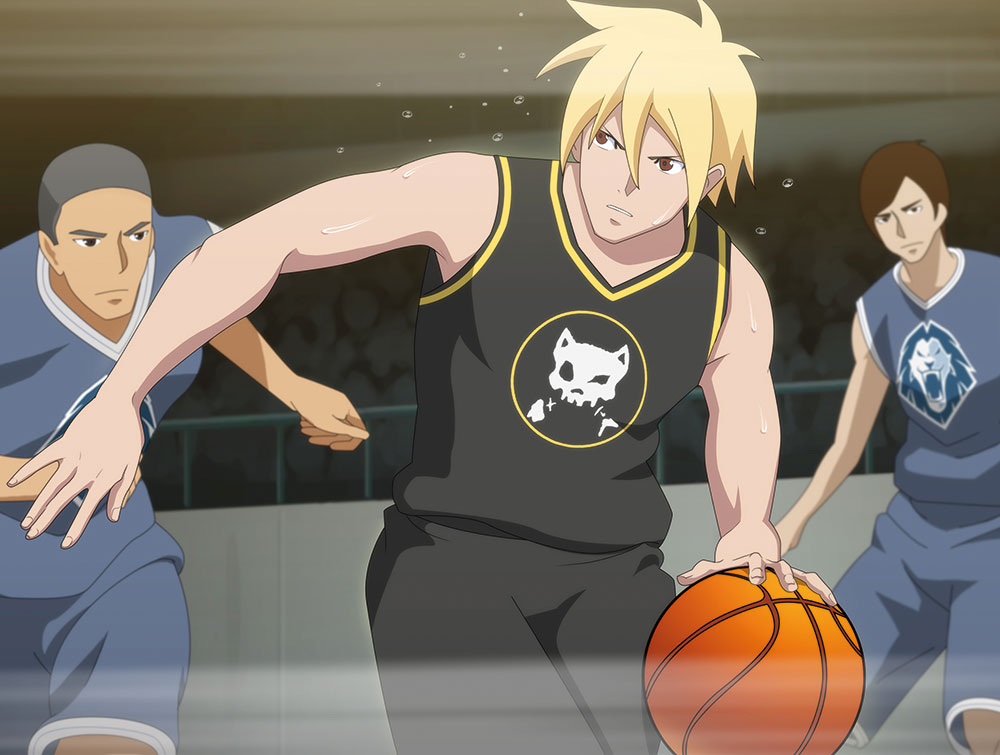 An original animated series set in the world of street basketball about a youngster searching for a father who finds an unlikely family with a team of misfits. August Media Holdings coproduces with Philippines-based Synergy88 Entertainment Media, with the show slated for completion in 2017, and available in both English and Tagalog. August is also working with Epigram Books to adapt The Adventures of Sam Sherlock, aka Samuel Tan Cher Lock, or Singapore’s greatest kid detective. A series is being lined up for 2018, beginning in three languages: English, Bahasa Melayu and Bahasa Indonesian. 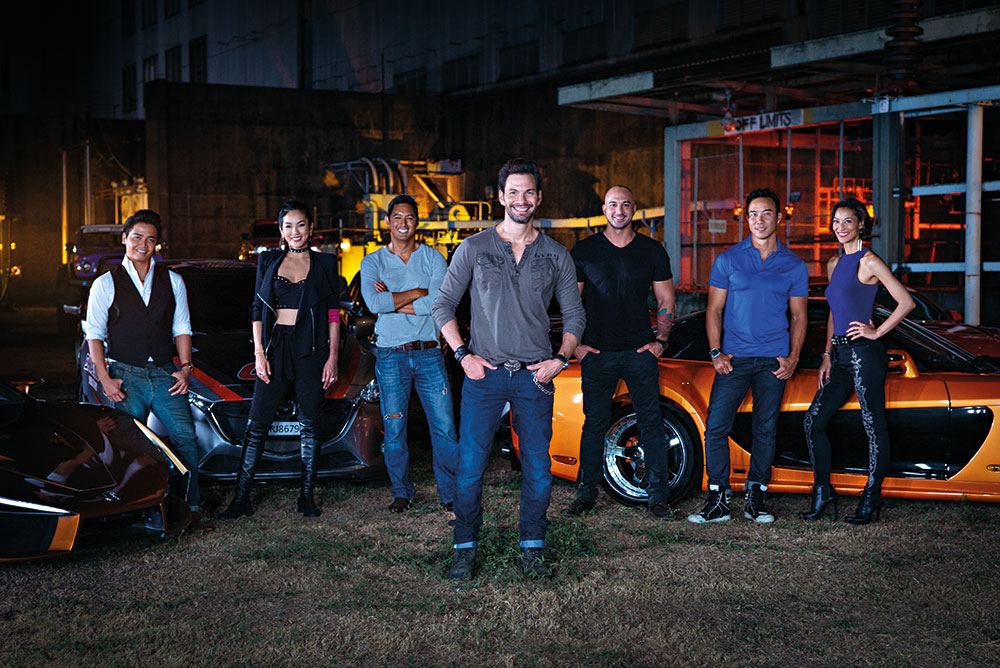 Billed as combining “motoring insights with charismatic high-profile celebrities from across Asia”, the reality show is for History Asia and comes from ActiveTV Asia, the Singaporean arm of Australia’s ActiveTV. Each episode runs to an hour, and follows journeys of guest celebrities as they are coached and cajoled by experts, and put through challenges. ActiveTV says the format has been “carefully developed” to create a “highly entertaining series”. 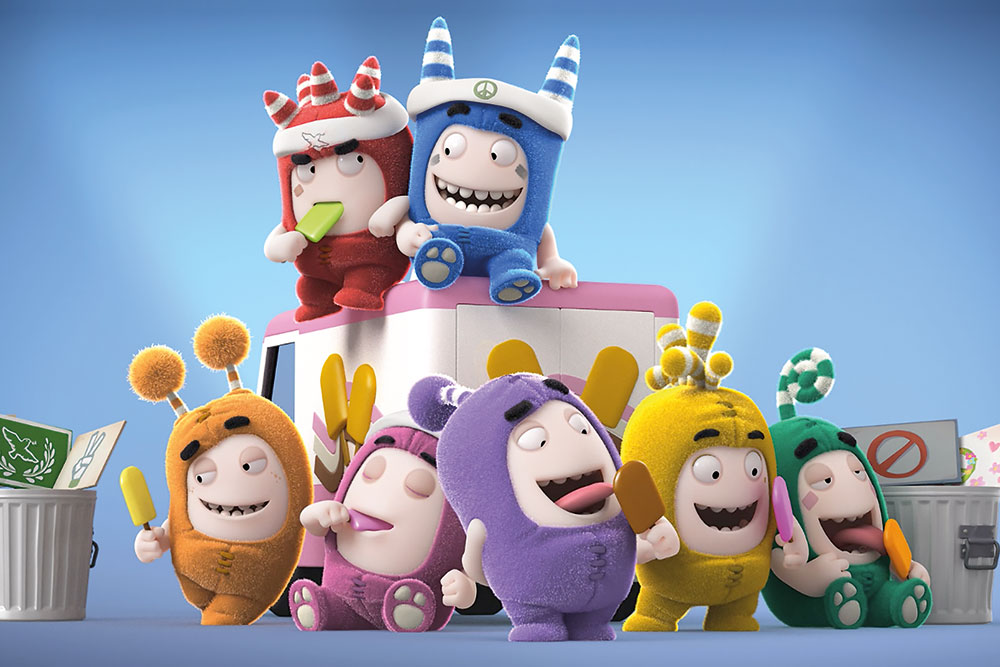 One Animation’s ultra-popular comedy shorts have become an online and offline phenomenon, selling to broadcasters including Teletoon+ in France, CiTV in the UK, Boomerang in various territories and Disney Channel in Asia; and amassing 170 million views on YouTube. The sketch-based show, created by Bob the Builder artist Richard Thomas for kids aged 4-to-9, follows seven characters who each have distinctive personalities. Prodco One made headlines recently by hiring heavyweight producer John McKenna, who has in the past led studios for Disney, Warner Bros. and Fox.