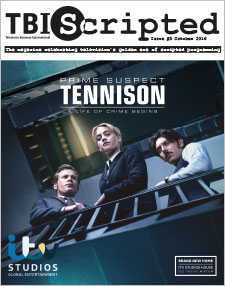 Award winner: The Night Manager. TBI talks to the team behind the BBC/AMC drama

In the spotlight: Frank Spotnitz talks about career highlights and how the industry is evolving

In depth: Pierce Brosnan in Sonar’s The Son; The Paper, Croatia’s answer to The Wire; National Treasure, a drama inspired by real-life events; Six (pictured left), bringing the US Navy’s SEAL Team Six to TV

Procedural King: Dick Wolf on procedurals, the drama bubble, and the Netflix effect