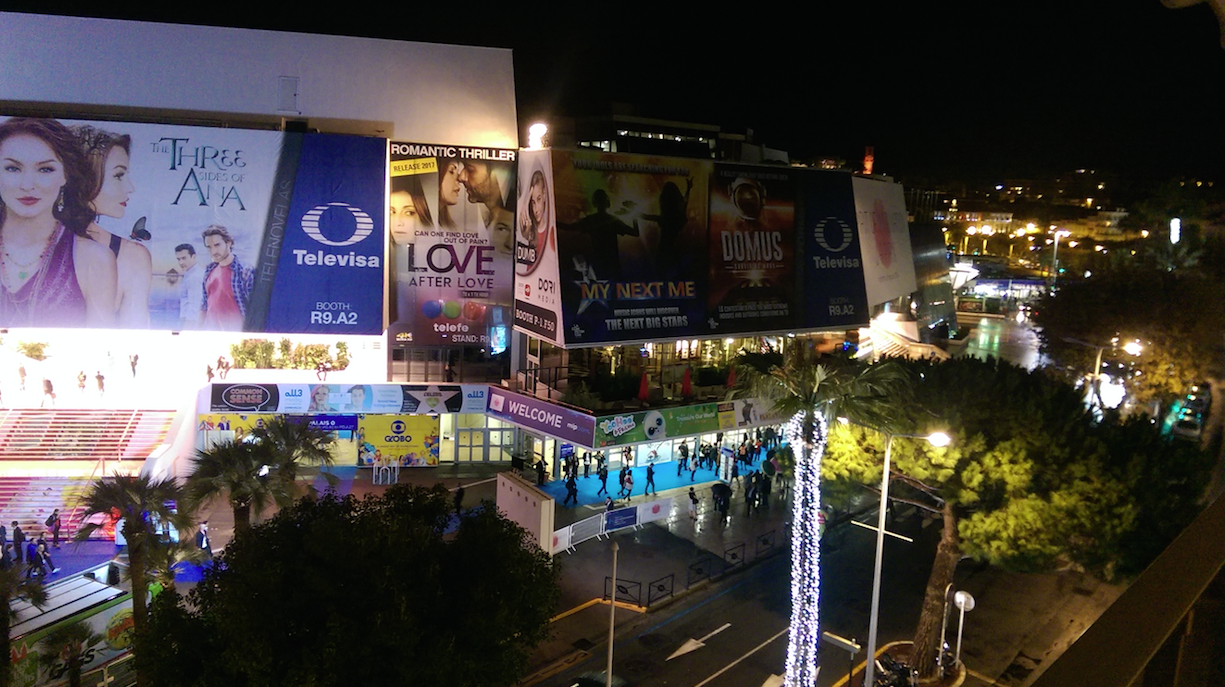 MIPCOM has ended with no major dramas of the ash cloud, flood or industrial action kind, but several of the small-screen variety, with Shonda Rhimes gracing Cannes alongside actors Jenna Coleman (Victoria), Rutger Hauer (Mata Hari), Kiefer Sutherland (Designated Survivor) and the cast of Versailles. Curvy Supermodel led the unscripted charge, and on the kids front, MIPJunior had a good year. With Reed Midem claiming record numbers, TBI sums up ten trends that defined the market.

MIPJunior has faced a lot of competition in recent years, not least from Kidscreen, which is now a fully-fledged market as well as a conference.

After last year’s flood and washout of the Martinez, the pressure was on to deliver this year. And Reed Midem did that, as MIPJunior felt busy, buzzy and relevant.

Simon took the most-screened preschool title and with sales to buyers including YLE in Finland and Hop in Israel already in the bank, the Go-N-produced show looks a sure-fire hit in the making.

Studio Hari’s new distribution division presented one of the world premiere screenings, Grizzy and the Lemmings, as kids shows got the red carpet treatment, alongside Splash and Bubbles, from the well-established Jim Henson Company.

MIPJunior felt like it was really back. The ball is back in Kidscreen’s court.

The MIPCOM numbers were up, having been flat for several years. The market now feels like it has been compressed, with buyers and sellers coming in earlier, and leaving earlier. There were several cases of such incidents of which TBI is aware.

On the ground that means the Croisette and its various hotels and surrounding restaurants and bars felt busy as soon as the Saturday, and the opening Monday of MIPCOM was buzzing.

The flip side, as several of the people manning the stands told TBI, was traffic tailed off earlier than usual, and it felt quiet by the time they had got to their positions on Wednesday. At least two distributors talked of noticeably less footfall by the mid-week.

Many execs and staffers at distributors and broadcasters said they were only in town for two days. Is a Cannes short-break the new normal? Reed Midem are understood to be looking at ways to entice delegates to stay in town for longer.

The week kicked off in bad spirits, with FremantleMedia-backed Israeli firm Abot Hamieri accusing Banijay Zodiak Nordisk of stealing its format Best of All.

The spat, which remains unresolved, triggered massive debate in the Palais, bars and hotels.

One source told TBI there are “dozens” of cases bubbling under, suggesting the industry is headed for another wave of lawsuits. Not great for business, at all. 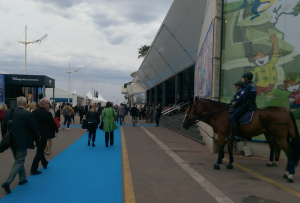 After the horror of the terrorist attack in Nice in July, the word ahead of time was there would be a big security effort at MIPCOM. And there was.

Extra bag checks meant a longer queue to get into the Palais, notably on the Monday.

Once inside there were mounted gendarme stationed near the seafront, and a heavily armed army patrols were deliberately highly visible… and thankfully were not called upon.

The new security measures, unfortunately, are likely to become routine for future markets.

Meanwhile, many delegates praised the new two-tiered entry system, noting it meant the process was less chaotic than usual.

Brexit and the plummeting pound made an already expensive drink in The Grand eye-wateringly costly for the Brits, and a smaller delegation of buyers and sellers from the UK seemed likely. It didn’t, however, happen, as the Brits were, as usual, out in force.

Industry names painted a realistic picture of the Brexit effects on the TV business on a Monday panel session in the Palais, chaired by TBI.

On the ground, there were as many UK voices as ever, with Pact’s UK indies stand bustling and new UK-based distributors such as Drive and Limonero making their first Cannes outings (and possibly, as Drive’s Lilla Hurst points out, keeping a closer eye on costs).

Reed MIDEM has made a big push into drama, launching the MIPDrama Screenings in April, albeit some time after the scripted genre had already established itself as the hottest game in town.

There has been genuine excitement around screenings of the X Files at MIPTV, and this time with Shonda Rhimes’ The Catch. Shonda was in town, with the size of entourage more regularly associated with Mariah Carey, adding some A-list showrunner talent to events.

For the first time the doors were also thrown open to the Cannes public, ensuring full houses for Fox’s The Rocky Horror Picture Show and Red Arrow’s Mata Hari.

Industry chatter, meanwhile, was about whether there is a drama bubble, and if so, when it is likely to burst. There was a noticeable nod towards factual and documentary from many execs, and big-ticket screenings of Mars and Planet Earth II evidence that.

A common line from indie distributors and producers was that some of the more familiar MIPCOM buyers were not as visible as previous markets, though Reed MIDEM may disagree.

Happily, the consensus was that this didn’t decrease the number of buying outlets, as more acquisitions and commissioning execs from Netflix, Amazon and other on-demand platforms more than made up for those seemingly not in attendance.

8. Standing out in a crowd 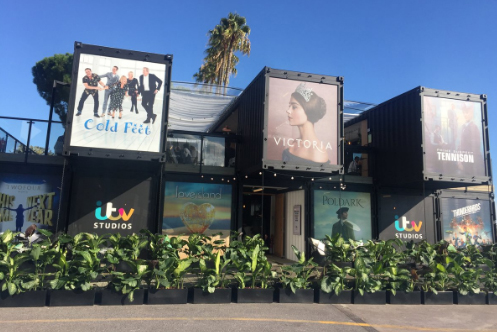 The impressive interior was revealed to the press at an event on Monday morning, and it’s fair to say interviewing Queen Victoria herself – or Jenna Coleman, as her friends know her – in one of the three second-floor ‘box pods’ beats 30 minutes sweating in the ‘bunker’.

TBI understands ITVSGE would love to merge the new digs with the Talpa Media stand next door, but pesky fire regulation means that’s not currently an option.

Late night souls found their party options limited, with most organised evening events ending at sensible times (this does discount the Disney ‘bandeoake’ do, the annual Big Media party and the Universal Music bash).

Not that it stopped execs finding alternatives in the back streets around the Rue d’Antibes. And there were, of course, at least as many early evening drinks events as in previous years, and plenty of new ones to boot…

The principle behind the event is the continuing convergence of television technology and content, a theme that’s only set to grow in 2017.