Lagardère has confirmed the exit of its TV chief, Takis Candilis, and the appointment of Christophe Thoral as his replacement. 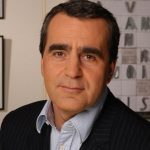 In confirming his departure, the company said he has “decided to embark on a new entrepreneurial adventure, with an international fiction production company, in the near future”.

The company in question is not yet known, though Les Echos has reported he is bound for Banijay Group to develop scripted programming.

Reports of Candilis’ departure were circulating in the French press yesterday and at that point Thoral was cited as the likely next Lagardère Studios boss. 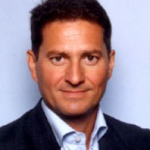 This appointment has now been confirmed, with Thoral (left) taking the CEO role. The new boss worked alongside Candilis as development director and managing director, before taking a finance and strategy role in 2014.

The first reports out of France suggested a disagreement between Lagardère Active CEO Denis Olivennes and Candilis.

In the official statement announcing his departure Olivennes said: “I am very grateful to Takis. He created Lagardère Studios and has built it into France’s leading audiovisual production company.

“It’s now up to Christophe, who stood by Takis throughout this adventure, to take it to the next level and rank Lagardère Studios among the top players in Europe and on the digital scene.”

Candilis added: “I would like to thank Arnaud Lagardère and Denis Olivennes for the opportunity to build Lagardère Studios and make it the TV production leader in France. It has what it takes to venture into international markets now.

“A new chapter is about to start for Lagardère Studios and for me. I’m happy to hand over to Christophe, who has been at my side on this adventure from the start.”