Making the Grade – The TBI Interview 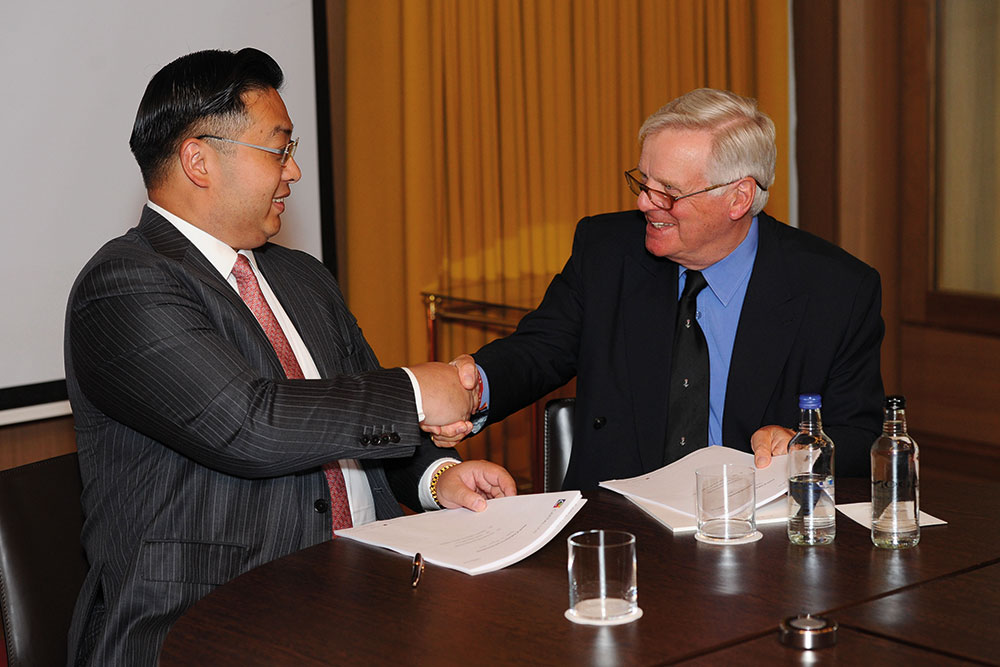 As their new lifestyle series, The Wine Show, launches in the UK on ITV, British broadcasting industry legend and Conservative Party life peer Michael Grade and Hong Kong venture capital entrepreneur Johnny Hon tell Jesse Whittock about their new approach to programme funding, and offer views on the future of channels, Chinese media, and the impact of on-demand players.

TBI: What is the plan for your new prodco, Infinity Creative Media, and, Johnny, why did you choose to invest?
JH: My company, Gate Ventures, has a lot of appetite to invest in the international entertainment space. It’s very good for me that I’ve met up with Michael, who is very experienced in this area.

MG: There is considerable disruption in the traditional model of financing TV production. Infinity is right at the heart of that, because we have found a way of creating internationally appealing content without needing broadcasters’ money up front. We have an investors’ model, so we can make our shows and then take our time marketing them around the world.

TBI: What has been the initial response?
MG: So far, we’ve only been going a year and a half. We’ve done The Classic Car Show, which has been sold into the UK to Channel 5 and is being sold by Sony Pictures Television around the world, and The Wine Show, which sold to ITV. We have a whole pipeline of product, some of it in production and some of it awaiting funding. We have huge interest from broadcasters. It’s a new model for financing content for a content-hungry world. You can go mad waiting for broadcasters to make decisions, but Infinity is proving it’s possible to make content for the international market without being slaves and supplicants to the existing broadcasters in the first instance. Each show is financed by a set of investors. Some will put money into a whole slate of shows, and some just want to invest in one show or another.

TBI: What is the opportunity in China?
JH: The Chinese market is very hungry for content. There’s all this new digital media that people are watching entertainment on – on mobile phones and the internet. They like to see multiple episodes at any one time, so there’s a huge hunger and demand for all types of content. China has a big audience that wants good entertainment products, but it lacks the skills to make high-standard content. It has the market and the money, and it needs the innovation and skillset of the West to be able to make quality. We see this as the beginning of how we work together on shows that are not just good for China, but also for the rest of the world.

There is considerable disruption in the traditional model of financing TV production. Infinity is right at the heart of that, because we have found a way of creating internationally appealing content without needing broadcasters’ money up front – Michael Grade

MG: In time, I can see Infinity producing in China. That is a great goal. There’s a lot for the Chinese to gain from us exporting skills in producing top-quality television, and there’s a lot to be gained by producers taking those skills to China.

TBI: Why did Russ Lindsay, a man best known as a high-profile talent manager, set up Infinity?
MG: He had the idea. Russ was a very brilliant talent agent in a company called James Grant, with big clients like Ant and Dec and Simon Cowell. He got fed up with being an agent after the business was bought by private equity, and as a very entrepreneurial personality had this idea of creating programming without having to go through broadcasters. The energy and skills he has brought to it have really paid off to attract some very triple-A investors, including Gate. He is the driving force behind the business.

TBI: There is an inherent risk in this model – channels not buying the financed programming. How do you offset that?
MG: You offset it by making good shows and preselling as far as possible. Once you’re up and running, people see what you do – the international market takes great comfort if you’ve sold into your home territory, which we’ve done with all the stuff we’ve produced so far. If you don’t sell into your home territory, then people ask why. Once we’ve got some shows up and running, everybody will trust [the model] and beat a path to our door, and that is happening already.

TBI: What genres are you focused on?
MG: We’re mainly talking lifestyle. The best way I can describe it is the television equivalent of those wonderful, beautifully-illustrated, high-quality coffee table books. It’s about passions and lifestyle.

JH: That is the sort of content that is popular in China and Asia. There are a lot of wealth creators in the region that like the lifestyle side of content, and the Chinese government is encouraging the consumer-led economy. It all works together nicely. 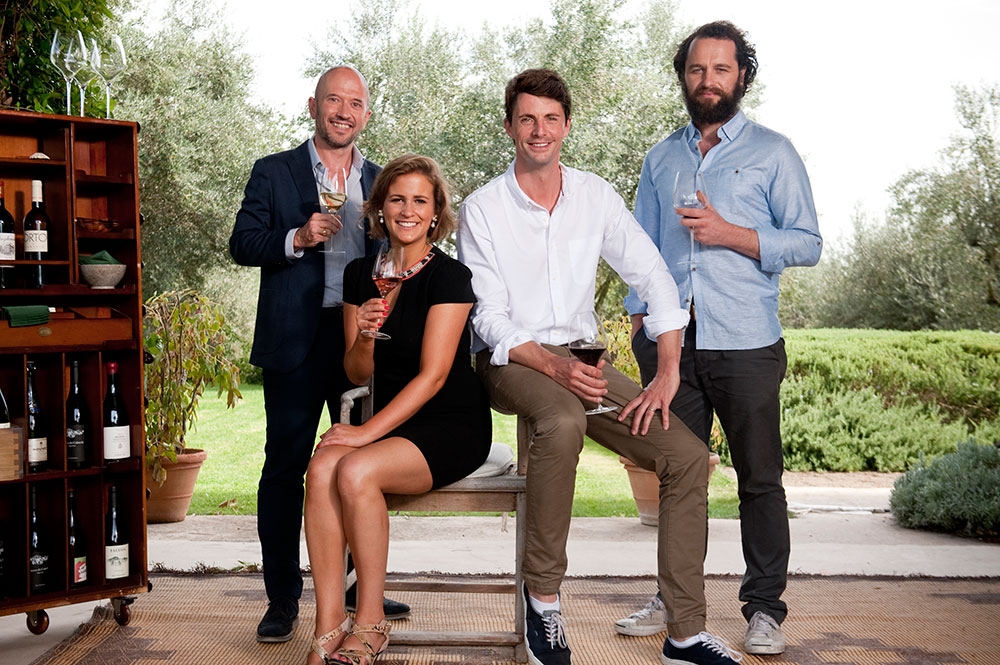 TBI: In the last year, we’ve reported variously on Chinese investment in Western entertainment companies, in deals such as Dalian Wanda buying Legendary Entertainment. What is happening and why?
JH: The Chinese film industry has 31,000 screens, and many, many cinemas. The box office figure reported in 2015 was around US$3 billion, and the box office is growing at a rate of 30% a year. Everybody expects it to overtake the US by 2017, so although the Chinese economy is slowing down, the demand for entertainment is growing: a lot of people want to buy content. In specific areas like martial arts, Chinese artists know what they’re doing, but they lack creative ideas in other areas such as how one tells a story for an international audience. They need to look outwards to acquire those skills, and a successful partner means good international content.

TBI: When looking at the market in its current state from a Western perspective, what is changing in your eyes?
MG: The one certainty is the demand for good quality content is increasing almost by the hour. You’ve now got Amazon and Netflix investing millions and millions of dollars in high-end fiction. There’s been a slow realisation that if you want to buy market share, in the end you have to distinguish your service by creating original content for your platform. It has to be distinctive content that you create; it’s no good recycling content and expecting to stand out in a crowded marketplace. That means the traditional linear broadcasters, who still have very good businesses, are in deep competition with these new funders, and it’s getting more and more competitive. It’s a good thing: I don’t remember any time in the past 40 years in the business where fiction coming out of America has been so wonderful, and that’s had an amazing effect. In Britain we have amazing talent, and we’re very well placed to create content.

TBI: What future do you see for broadcasters like the BBC and Channel 4 in the UK?
MG: The one certainty is that the decline of traditional broadcasters will be much slower than the speed new technologies and entrants come into the market. Traditional broadcasters have a good business – it’s shrinking, but will go on for many, many years. The article about the end of broadcasting as we know it has been written for the past 20 years, but it never, ever happens. It’ll happen one day, when they can’t invest at the level they do now to buy ratings. They all now understand the value of intellectual property in the content: that’s a new and very lucrative revenue source for them.

TBI: You’ve said the proposed privatisation of Channel 4 wouldn’t be negative and would create a strong British media group. Can you expand on that?
MG: The Channel 4 model is unique in the world. It has been very successful, but the current model is not fit for purpose. It’s an ex-growth business that needs to be freed up. It has a great brand, which is fuelled by its PSB remit, and it has the chance to be a really big, serious, media-and-content company. It will never achieve that under its present constitution. Ownership is a question for government. At the end of the day, broadcasting is very carefully regulated, and whoever gets that licence will have to deliver on the directives it gets from Ofcom. 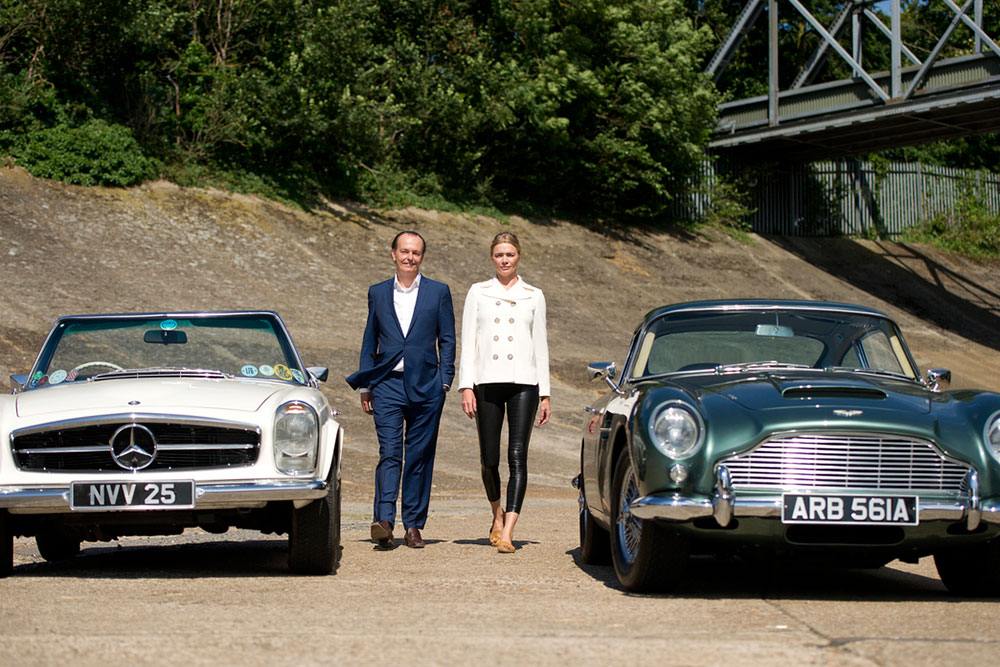 TBI: You have both mentioned disruption and on-demand platforms. What has been the impact of subscription on-demand platforms on the business?
MG: Let’s realise one thing about them: they are not having to fill their internet delivery with five, six or seven hours of new programming seven days a week. They do a few fabulous series, which make a big splash and drive people to their platforms, but there is a lot of things that they don’t provide, such as news. The BBC does probably 30 or 40 drama series a year, plus the soap operas. SVOD is an add-on: a wonderful, welcome, exciting add-on to the rich mix of new content available. The public are enjoying it – nobody’s a bigger fan of some of these series than me, but this is not high volume. It’s the TV living room equivalent of going to the movies – and you don’t stop watching the BBC, ITV or Channel 4 because you go the movies.

JH: Content is increasingly being consumed online, and that means a lot of ideas for the future can evolve. You can compare it to e-commerce companies, which are doing so well that it is affecting the traditional retailers. But an online and offline presence is required, so increasingly we’re seeing e-commerce companies buying up department stores. That is what happens when disruption comes, and the same will happen in the entertainment industry. It’s a good thing because there will be more money in the industry as the demand for content grows.

TBI: Michael, you are chairman of Pinewood Studios, which has launched a high-end drama development business. Will this look to tie-up with Infinity?
MG: They’re very separate business models. We are a studio operation with a creative director in Helen Gregory, whose job it is for us to find projects we can invest in and develop, but we’re not actually a production company. That’s the way that will work.