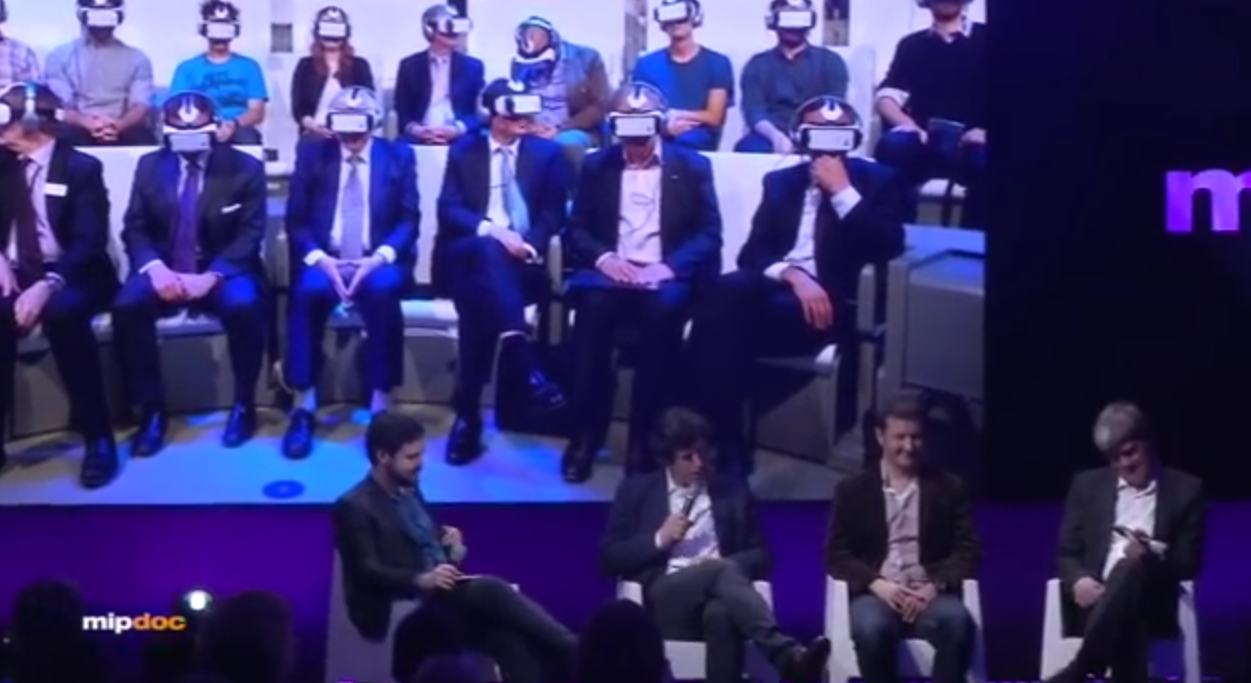 In the ‘Virtual Reality: Storytelling to Storyliving’ session on Sunday at MIPDoc (above), which TBI chaired, pioneering VR producers Anthony Geffen and Thomas Wallner both outlined just how important the medium could be – as long as the technical skillsets are learned and storytelling is paramount.

“What we need is proper films,” said Geffen, CEO of Atlantic Productions and Alchemy VR and creator of David Attenborough VR experience First Life. “The real danger is everybody is making one- and two-minute things. To get this really alive we need longer form. It’s fun to see yourself jumping off the Grand Canyon, but the audience wants a proper story.”

Treating VR and 360° video as a storytelling medium “is the hardest part”, said Wallner, who runs Canada’s Deep, Inc. As recently as four years ago, he argued “there wasn’t even an example to copy from a narrative point of view, and you had to invent it yourself”.

After creating an early VR effort, documentary Polar Sea 360° with Arte (whose CEO Wolfgang Bergmann was also on the panel), Wallner and Deep, Inc developed Liquid Cinema – editing software allowing even the greenest VR producer the tools to create a narrative experience.

Bergmann – who has been pushing into the space with an Arte 360° app, suggested that TV might not be the right medium for VR content – “We’re on page one, two or three of a very, very big book,” he warned of the medium’s evolution. However, the packed Martinez Hotel conference room suggested there were plenty of TV producers keen to experiment in the format.

All in all, VR was everywhere. In the Palais French funny clips distributor Novovision was in town with a new VR-focused sales unit, Distrib360, and was handing out cardboard headsets preloaded with content, from its stand, while Vice Media showcased VR video from a slate of VR experiences it was creating with headset maker Samsung, with Vice chief creative officer Eddy Moretti telling the crowd at the MIP Digital Fronts: “We’re at a tipping point.”

Is VR the ultimate, immersive storytelling medium that many believe, or, as Anthony Geffen wondered out loud last week, will we be back on stage in six months at MIPCOM asking what went wrong?