DHX tries out the studio system

With a new producer in the fold and a production workforce numbering 900, DHX Media is bringing all of its programme-making capabilities into one unit, DHX Studios. 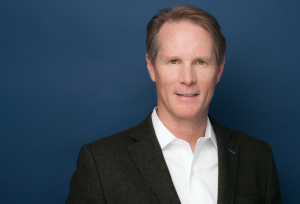 The acquisition of Slugterra producer Nerd Corps for C$57 million (US$42 million) in late 2014 was the catalyst for the reorganisation of the production side of the business, says DHX president and COO Steven DeNure (right). “About a year ago we acquired Nerd Corps and and that brought in Asaph [‘Ace’] Fipke as chief content officer and Ken Faier as general manager for kids and family,” DeNure says. “We decided to consolidate control of the creative side of the business under the team led by Ace and Ken.”

Prior to DHX Studios’ creation under that leadership DHX had a number of production units reporting to DeNure, including separate studios in Halifax, Toronto and Vancouver. Now, Fipke and Faier report to him and oversee content creation. There is also physical consolidation underway, with a 60,000 square foot studio being created in Vancouver for hundreds of production staff.

Not all DHX projects, however, will come from within DHX Studios – Teletubbies, Hank Zipzer and Topsy and Tim are among those made elsewhere – but the idea is to be able to make 2D and 3D animated shows, digital content and live-action under one roof.

“We’re taking the two studios in Vancouver and the people in them and putting them all in the new facility. The vision is to have a creatively-led studio with a production capability across any genre of kids content,” DeNure says. “And this means we can centrally coordinate those efforts.”

Part of the need for such a comprehensive production capability is that DHX has to service four kids specialty channels in Canada after it bought the Family Channel, Disney Junior and the English and French-language Disney XD nets in 2014, subsequently rebranding the latter three as Family Jr., Family CHRGD and Télémagino respectively.

DHX later let a deal with Disney for content for the channels lapse, and that programming was swiftly picked up by rival kids channel operator Corus Entertainment, which launched a local Disney Channel that sits alongside its YTV, Treehouse and Nickelodeon brands. The upshot is the DHX channels need to fill the gap left by Disney.

DHX Studios is one way of doing that (in additon to making shows for other channels). “Without Disney on Family we have a bigger appetite for content, and not only programming from DHX Studios but from other indies; Canadian and international,” DeNure says.

What DHX didn’t know when it agreed to pay Bell Media C$170 million for the channels in 2014 was that Canadian regulators would rip up the rule book regarding how channels are bundled after the extensive Let’s Talk TV consultation. Operators are now effectively made to offer  channels a-la-carte. The fear among content companies is that amid the uncertainty these changes have created, channels will freeze commissioning plans.

“These are valid concerns,” says DeNure. “There is uncertainty as to what ‘pick and pay’ will look like, and uncertainty means people put off decisions. But we need content, and we are not seeing that slow down – Family Channel has probably had its biggest ever year.”

In terms of content coming out DHX, and more specifically DHX Studios, the company has just struck a deal with Mattel and will, as part of a wider agreement, reboot the toy giant’s Polly Pocket property.

The Cloudy with a Chance of Meatballs series, based on the Sony Pictures Animation movie franchise and ordered by Teletoon in Canada and Boomerang internationally, will also come out of DHX Studios. The development slate includes the animated adaptation of the George Greenby books by physicist Stephen Hawking and his daughter Lucy.

After a busy period of M&A, will Toronto-listed DHX now enter a phase of consolidating its assets and focusing on organic growth? DeNure says: “The company continues to be very ambitious and we are constantly looking at things in the business. It is safe to say there will be other opportunities.”