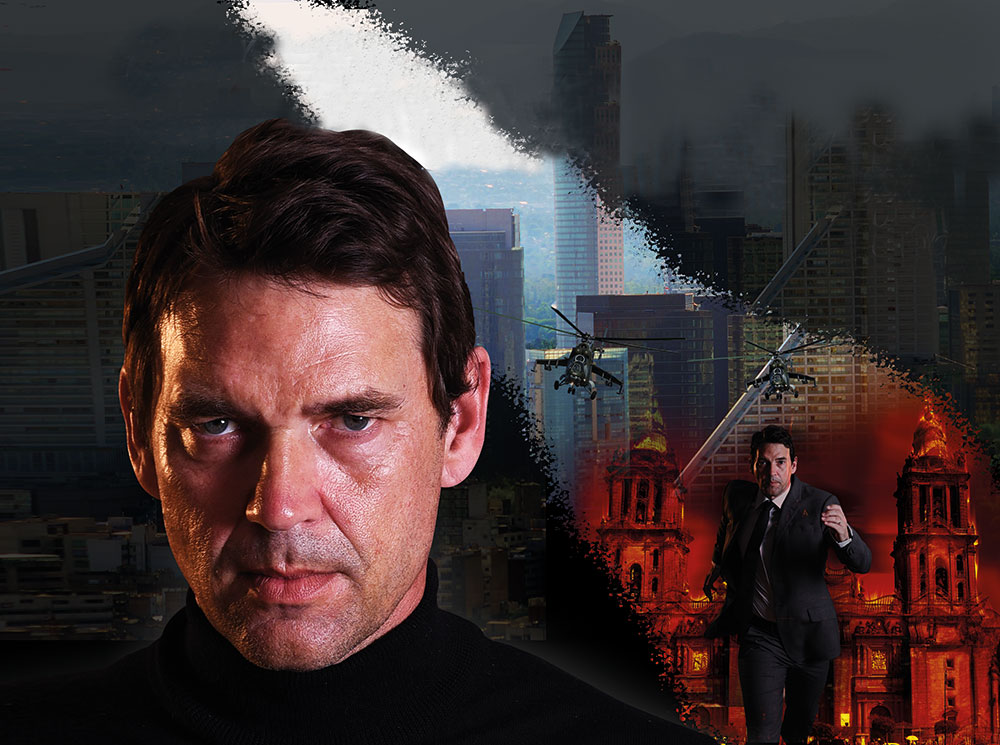 Televisa is one of the biggest producers in the world, making 90,000 hours of Spanish-language content a year. What it is not known for, isolated examples such as Devious Maids and Chasing Life aside, is English-language drama. With a Dougray Scott drama Duality, set up and another announcement in the offing, however, it is now placing a bet on exactly that.

Mission: Impossible II actor Scott, once tipped as a potential James Bond, will star as part of a secret team of elite agents from the US State Department, the CIA and Mexican intelligence in Duality. Maintaining their secret identities, the team take on Latin America’s most dangerous villains, while also battling personal demons. The series is based on an original idea from Barry Schkolnick (The Good Wife, Law & Order). Vancouver-based Oddysey Media will be the Canadian production partner on the show, which will be the first series to use the Mexican-Canada copro treaty.

Televisa USA production and distribution boss Chris Philip (right) says the volume of production at the company will increase in line with the success of its series. The show will play across the Televisa free TV, pay TV, or digital channels and platforms – effectively amortising the cost of making the dramas by showing them on its own nets – with success then further defined by the level of international pick-up.

Televisa and US Hispanic network Univision have strong and longstanding links, but the English drama will be pitched at English-language US channels, particularly those keen to reach out to the contemporary Latino viewer in a sophisticated way. “Look at the US Hispanic market and acculturated Latinos – they are interested in watching content in English, but content that is also close to what they know, or that speaks to them,” says Philip. “Some efforts to do that have been too obvious and tried too hard, this is a more subtle way to attract viewers. Duality will feature Mexico City, and that familiarity will attract a lot of US Hispanics intrigued to see a story set somewhere with which they are familiar.”

All of the series that come out of the English push will, like Duality, be shot in Mexico, where Televisa has extensive studio space and production expertise, and where production costs are low, by US standards. “It gives us a competitive advantage that will turn heads,” says Philip. “We can speak to that [English-speaking] US Hispanic audience better than anyone.”

The Mexican crews have cut their teeth on telenovela production, but the English series will not run to the 100-plus episodes of the Latin soaps. They are likely to run to 40 instalments although Duality is initially set up as two ten-part seasons.

Televisa USA has been staffing up as the drama initiative takes shape. David Sigurani has joined as director of scripted development, coming from Nashville producer Cutler Productions. On the sales side, Jonathan South, has joined as director of sales, worldwide. He came to Televisa from OTT service Magine and has previously been at A+E Networks. Andres Santos also joined the sales team, joining from Dori Media Group.

Philip says Televisa currently has eight series at US broadcast and cable networks, and the US arm of Televisa will use different models to get English fare away. With Duality it will effectively be the network, the studio and the financier, working up an original idea. Elsewhere, it will also look to rework content from the Televisa catalogue. (Lifetime’s Devious Maids, created by Desperate Housewives’ Marc Cherry, was based on Televisa’s Mexican show Ellas son la Alegría del Hoga, for example.)

“We are digging into the [Televisa] library and identifying shows with the development team,” says Philip. “There are series and loglines there, and we will bring in writers and showrunners and then take them to a network.”

There will also be third-party adaptations, the first example of which is hit Spanish drama Gran Hotel. Stephen Kronish (24) is attached as showrunner of the Televisa version, which will be set in pre-Fidel Castro Havana. It will be shot at producer Lantica Media’s Pinewood Studios in the Dominican Republic. Televisa will co-develop and finance multiple projects with Lantica.

In other cases Televisa USA will coproduce with US partners. It has joined forces with the cable production division of NBCUniversal for two upcoming dramas, Pantera and Allies. Televisa USA and Universal Cable Productions will jointly make the shows, which will be aimed at the US and international markets. Pantera will be a contemporary adaptation of the 1970s Mexican comic book series of the same name. It follows a corruption-fighting martial artist who is wrongfully accused of murder. Allies will be a reworking of Argentinian sci-fi series Aliados, following six people from different races who are ‘allied’ to six alien beings as the future of humanity is put at stake.

Philip puts the English-language move into perspective. “Televisa has been operating successfully for decades, but our range of programmes, and different production and distribution models can build an English-language library, and add value,” he says.