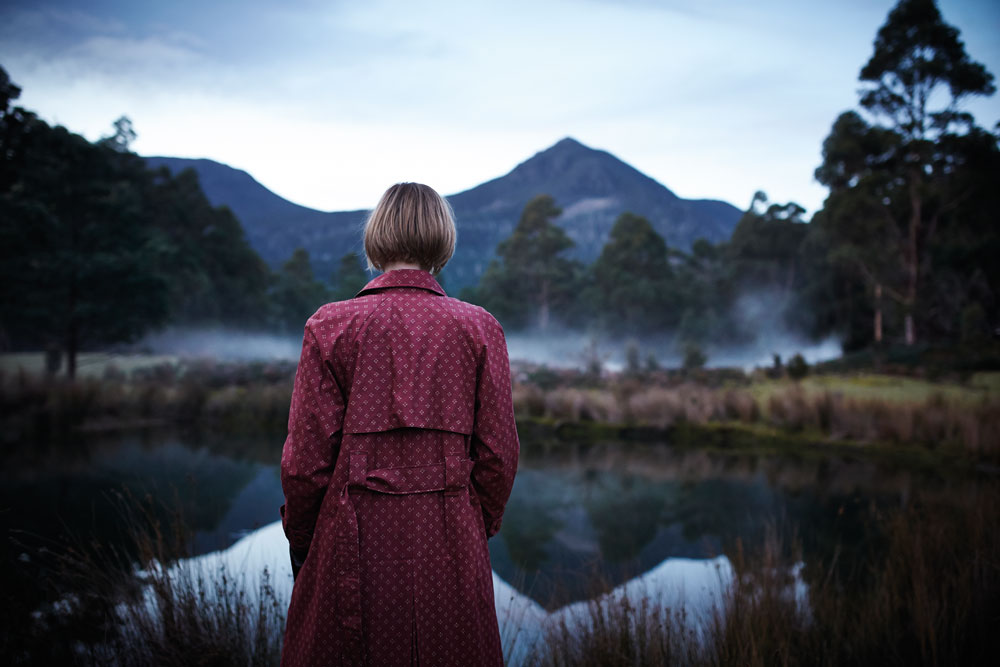 Known for its soapie successes in Neighbours and Home & Away, contemporary, high-end projects from Australia now have international audiences firmly in their crosshairs. TV Tonight founder David Knox reports from Down Under.

Welcome to the ‘Drama from Down Under’, where the backdrops are expansive and diverse, and increasingly the talent from a nation of some 24 million is punching above its weight.

“There is an undeniable attraction to sunshine, beaches, red dirt and blue skies,” says Endemol Shine Australia’s co-managing director, Mark Fennessy. “It’s not the only attraction and it need not necessarily be a negative, but hopefully we’re breaking the stereotype down a little.”

Whilst Hollywood has long recognised Aussie actors making the leap across the Pacific, increasingly its writers and directors are being sought for their view of the world.

Meanwhile, Australia’s tyranny of distance is both a positive and negative: inherently it creates challenges in business deals, but it also offers unique story generation.

Because of fragmentation, erratic scheduling by the ‘big three’ networks, and an unhealthy disposition for piracy, a certifiable Aussie ‘hit’ show is now anything above a million viewers in overnight ratings. On cable, where penetration is around 30% of homes, the benchmark is more modest.

“A legitimate first question from a buyer is ‘How did it go in the local market?,’ explains Matchbox Pictures managing director Chris Oliver-Taylor. “If your first response is ‘I need to give you some context to this number,’ they’ve switched off.

“It’s a problem of our pay TV sector having 30-odd percent penetration and then various cutdowns after that with premium packages. It means Foxtel, whom we adore, has to get critical acclaim.”

Matchbox Pictures, 100% owned by NBCUniversal, has plenty of that thanks to recent successes The Slap (adapted in the US for NBC), World War I drama Deadline Gallipoli, supernatural teen adventure Nowhere Boys, psychological thriller Devil’s Playground and telemovie Underground: The Julian Assange Story. 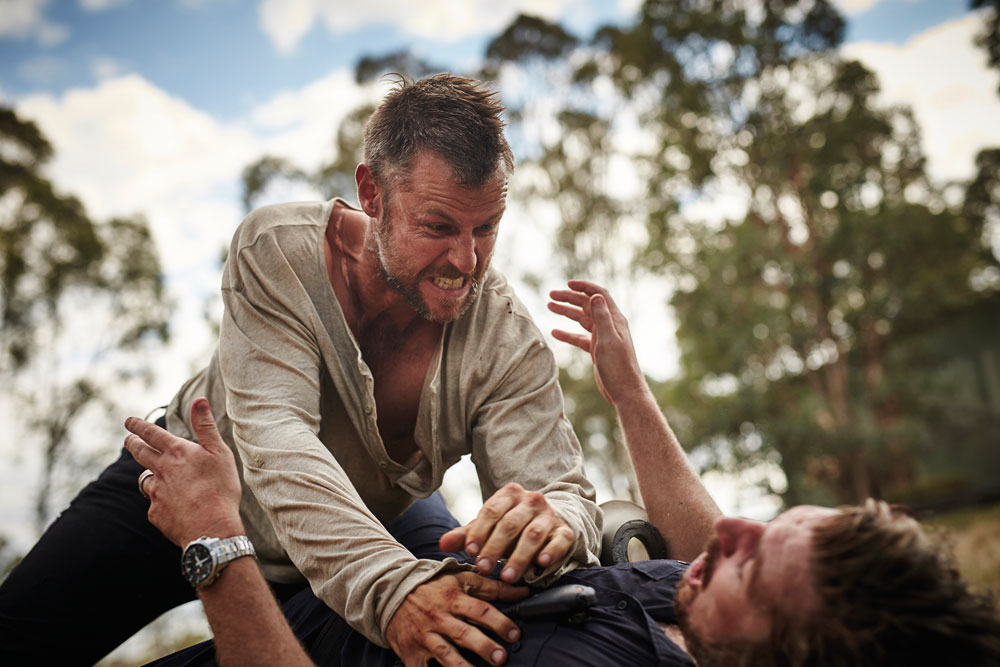 Its latest local success is moody paranormal thriller Glitch (above). Produced for the ABC, it fuses the undead with emotional storylines in a rural bush setting.

“We were first to develop, before The Returned [on Canal+] and [the American ABC’s] Resurrection,” Oliver-Taylor says.

“You can get a defining sense of how Australia has evolved through the six characters who come back from a different period in time. From an Irish-Colonial background, it goes all the way through history to where we are now as a multicultural, wealthy, forward-looking country.”

Other Australian dramas to look out for are Barracuda, based on the book by The Slap’s Christos Tsiolkas; action-drama Wanted; political thriller Secret City; twisted procedural Hide and Seek; and a comedy about growing up Asian-Australian, The Family Law.

“The Family Law is this ‘baby’ comedy with no cast of any note, small budget, shot in semi-regional Queensland,” says Oliver-Taylor. “It won’t do amazing numbers on SBS, but our LA office thinks it’s the funniest thing Universal has made in the last year or two.” 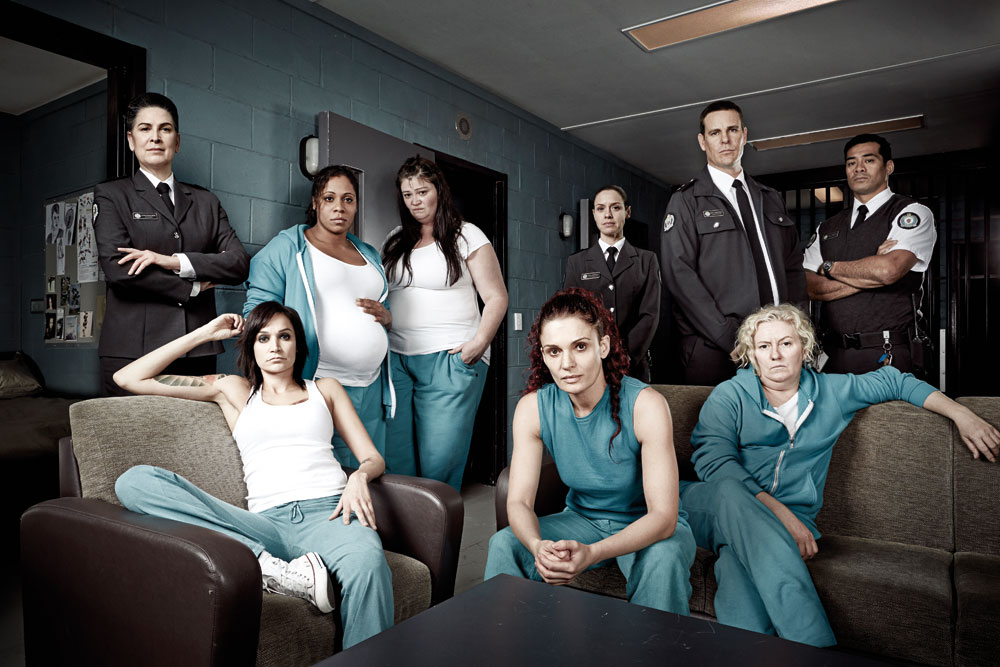 Another Foxtel drama garnering attention overseas is FremantleMedia Australia’s Wentworth (above), a reimagining of Seventies hit Prisoner. Set in a tough women’s prison, it has sold to 89 territories and spawned remakes in Germany and the Netherlands.

“We’re seeing Australian content work not just in an afternoon timeslot, but in primetime,” says FMA’s head of drama, Jo Porter. “It’s the highest-rating primetime Ausssie drama in the UK since 2002.”

“What’s great about that is it gets the audience used to our accent, quite frankly,” she adds. “It’s about the brand awareness of those iconic characters created by Reg Watson extended beyond Australia’s shores to England and throughout Europe. But it was up to us to successfully realise it, and Foxtel was incredibly ambitious for a high-quality programme and we relished the chance to meet that ambition. It has a power dynamic that is run by women, which we don’t often get to explore in drama.”

In the US, where Wentworth screens on Netflix, some critics have hailed it as better than Orange is the New Black. “It’s not a competition, but it’s nice to hear that,” says Porter.

FremantleMedia is next hoping for European sales for its upcoming telemovie, Mary: The Making of a Princess, based on the true story of Aussie Mary Donaldson who was wooed by a Danish prince; and two undisclosed formats that it will take to market this year.

Porter is most excited by a drama initiative to develop high-end drama through government agency Screen Australia. UK producer John Yorke (Wolf Hall, The Missing) has acted as mentor on the yet-to-be-announced project.

Recently-merged superindie Endemol Shine Australia is reviving its comedy drama Offspring for a sixth season after viewers insisted it not end at five, and the death of a lead character sent the nation into TV mourning. ESA has recently focused on bio-dramas of local heroes in the shape of INXS: Never Tear Us Apart, Peter Allen: Not the Boy Next Door (which both won rave reviews for their leading men) and the upcoming Brock, based on racing legend Peter Brock. Boldly, it has also recently adapted Tolstoy’s Anna Karenina into a contemporary love story, The Beautiful Lie (below), for the ABC, led by rising star Sarah Snook (Predestination). 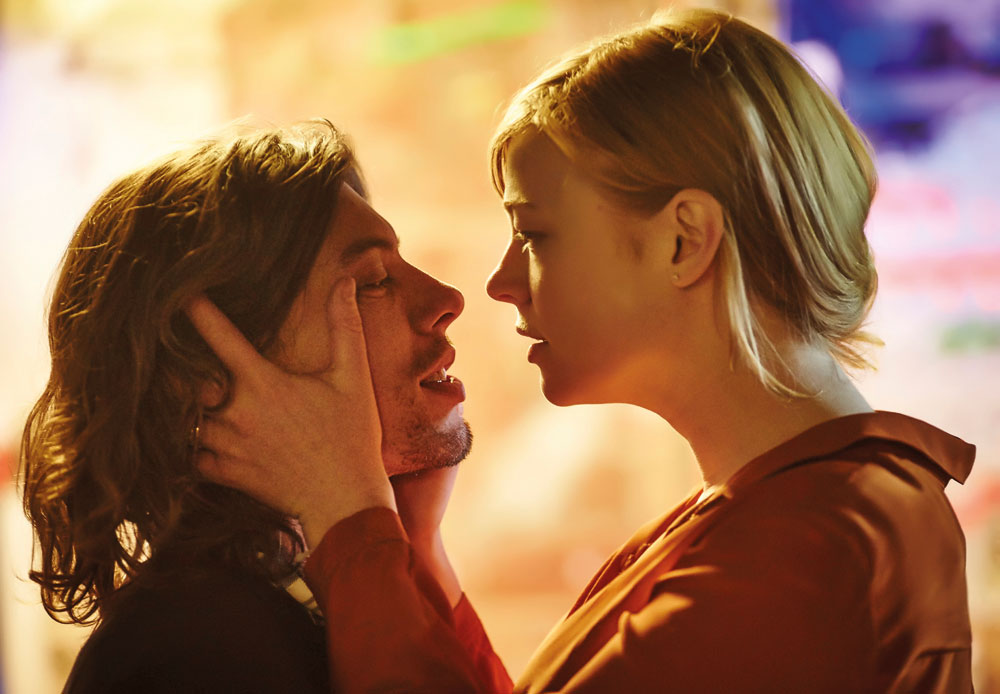 The ability of the Fennessy brothers’ – who lead ESA – to expand existing unscripted formats, initially at FremantleMedia, into stripped hits, is also world-renowned.

Another of the big prodcos is Screentime, majority-owned by Banijay Group. Its Underbelly franchise, which skyrocketed in TV ratings in 2008, now has six anthology seasons with European and US sales. WWI drama Anzac Girls and period drama Cloudstreet are among its other popular exports.

There is genuine buzz for its next project, a spin-off of horror feature Wolf Creek for SVOD service Stan, which will be distributed through Banijay International.

“When we announced we were producing it many international end-users came to us,” says Screentime head of drama Greg Haddrick. “We’ve been approached by many asking, ‘What’s it like, when can we see it?’  We have to make it first!” he says.

The film’s creator and director, Greg McLean, is returning for the project, along with haunting star John Jarratt as outback serial killer Mick Taylor. Lucy Fry (Vampire Academy) will star as a victim who escapes and seeks revenge on her captor.

Ian Collie, one of four principals at the mid-sized prodco Essential Media, is known for character-driven star vehicles. Rake, which spawned a US adaptation with Greg Kinnear; Jack Irish, featuring Guy Pearce (below); and more recently an urban multicultural whodunit, The Principal, have all found homes on domestic public broadcasters. 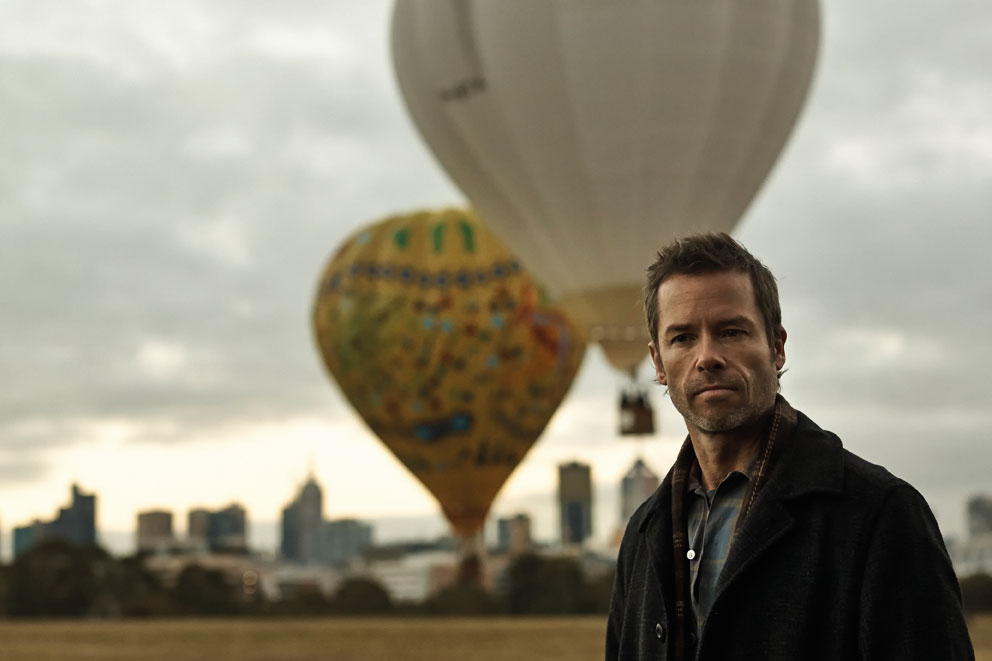 “The majority of my success is because I’ve worked with some of the best writers here, but they are increasingly getting harder to retain,” says Collie. “US and UK broadcasters are wanting them, and what I’m finding is when showrunners are booked up for two-to-three years ahead, producers go to the next tier of talent.

“Bigger players are also offering them output deals or retainers, so that’s a challenge when you don’t have bigger resources to compete. The warning sign here is to develop our next generation of talent.”

Both Jack Irish and The Principal are about to announce US cable deals through DCD Rights, which has a knack for titles from down under.

“Sometimes when you deal with the bigger distributors, in relative terms a ‘little Aussie programme’ can get lost in the profile US or UK titles,” says Collie.

Essential’s next project in development is a cult drama with writer Sarah Lambert (Love Child), also with its eye firmly on the US.

“It’s not a kooky cult, but a ‘middle-class’ cult that attracts professional, sensible people who feel that this person is a visionary with answers to the increasingly uncertain world we live in,” says Collie. “With politicians and churches on the wane this guy appears to have answers, but as we explore further he may just be another dangerous millennial nutter.”

Due in mid-2016, it comes out of the island state of Tasmania under Porchlight Films. Capturing a misty, gothic nature of the far-south of ‘Tassie’, it is already being touted as the next Top of the Lake, the Jane Campion- and Gerard Lee-penned miniseries that worked so well for UK broadcaster BBC Two.

“It’s quite different to Top of the Lake. It does embrace a style of ‘Scandi-noir’ but it has a supernatural, very organic Tasmanian setting that makes it very different,” says Sheehan.

“I’ve had a deep fascination with the island and the cultural differences with the mainland, the people and their relationship with the land, and the brutal past it has had. What was absolutely intrinsic was finding someone to work with from down there, and Vicki Madden was perfect.”
Porchlight’s 2010 feature Animal Kingdom is also being adapted as a US series by John Wells (Shameless) for TNT. 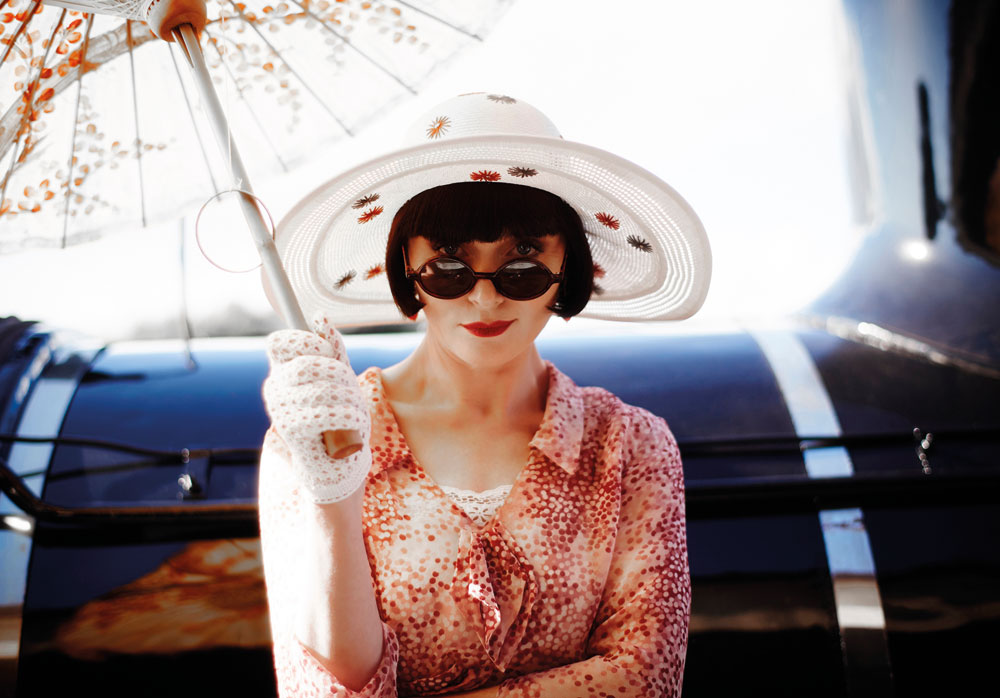 Meanwhile, Indigenous storytelling prodco Blackfella Films (Redfern Now) looks set to be matched by Goalpost Pictures upcoming futuristic drama Cleverman, which is for the ABC and counts US cable net Sundance Channel as a coproducer.

Screentime’s Greg Haddrick notes that the shows that sell strike a balance between domestic and international broadcasters’ needs.

“What we hear when we travel overseas is that it’s difficult to sell Australian shows that could just as easily be made locally elsewhere,” he says.

“But there are many territories looking for identifiable people in worlds they haven’t seen before. If you can find that combination it has an exotic quality.”