Randi Zuckerberg is a tech entrepreneur who, having worked at Facebook, the company her brother created, started Zuckerberg Media and digital lifestyle website Dot Complicated. She has also moved into publishing with Dot., about the interactive adventures of a tech-savvy little girl,  which is now being developed for  TV by Canada’s CBC. As The Jim Henson  Company  prepares to take the TV adaptation, Dot., to prospective partners at ATF, Zuckerberg reveals all about the project

Kids today are becoming more and more tethered to their devices… It’s now become a badge of honour for a parent whose two-year-old is able to manoeuvre an iPad more so than to recite the alphabet. As a mother of two young children myself, I realised that unless I became one of the adults offering reasons and examples of how and why tech-savvy kids should unplug then I, too, was part of the problem.  That’s how Dot. was born.

Technology is always changing and children are always growing – two things that will never change… With each new gadget, gizmo, or app a potential complication arises, which needs adult awareness but can also be identifiable for children. The intersection of tech and life needs balance, especially for kids’ imaginations to grow. And what better way of promoting imagination than through the medium of children’s television?

A child’s imagination is not limited to gender, race, or even reality for that matter… Therefore, neither is Dot. She teaches all kids how to play and learn through on- and off-screen life lessons that both boys and girls of today can relate to.

The digital world is very much a part of the real world… When used correctly, technology can unlock doors of creativity and open up new worlds of inspiration. Dot never limits her imagination by embracing the advantages of technology – she enhances it.

There are many techies who have been outspoken about their views on digital etiquette… Some even banning their own company’s products in their house (ahem, Steve Jobs). Since technology is moving so fast we’re all collectively creating the rules in this uncharted territory right now. So while adapting to a new normal is difficult, at least we’re all navigating through the process together.

As a mother, a techie, and a kid at heart, Dot. is everything I want to say, learn, and teach myself… While Dot is definitely her own person, it’s important that her morals fit my own.

Where books welcome the suspension of disbelief, television visually demonstrates thoughts and beliefs… Both mediums allow for creativity and innovation. Just as Dot is set to soon learn for herself, you can do anything anywhere as long as you have an imagination – and Google (joke!). Anything that helps promote STEM learning, coding for kids, or gender and race equality will most likely be at top of my list [for brand extensions]. 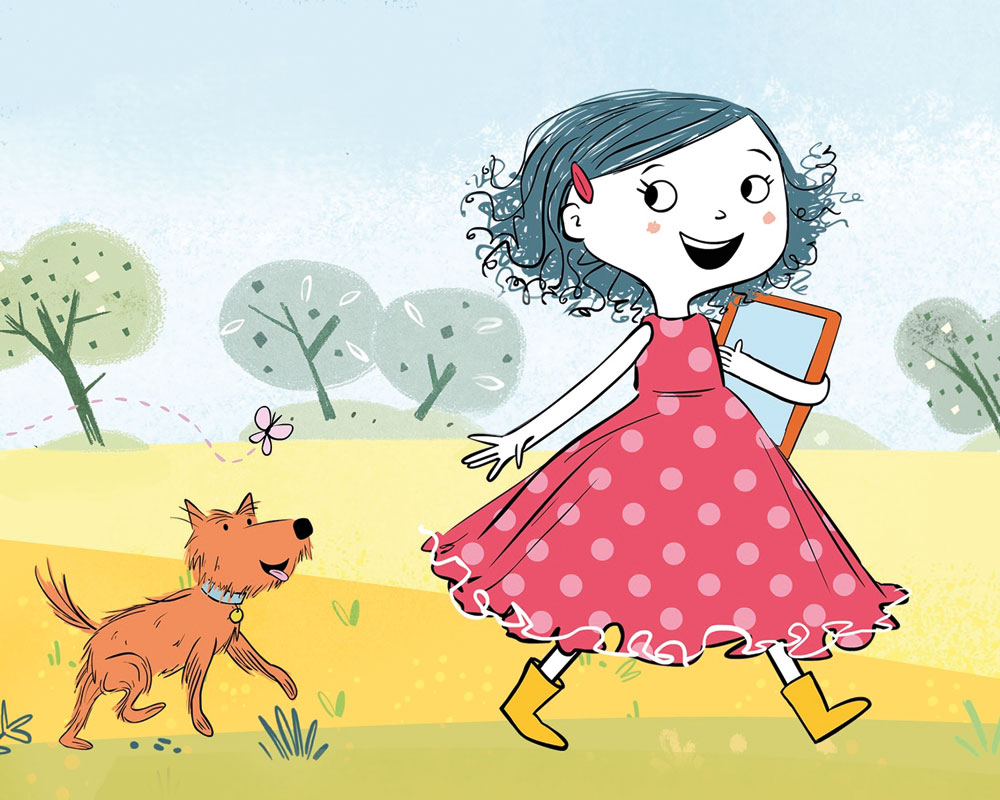 Kids today are born into the influence of technology even if their family does not embrace it… Now that 81% of kids under two already have an online presence, up to 5% of newborns have their own social media page, and 7% even have an email address, children everywhere need to learn how to traverse the digital experience, it’s one they will equally need to adapt to.

I’d love to do more in children’s television, and I hope to develop a similar format of digital information for adults as well… I’m just so grateful for this opportunity to make entertaining and educational content with The Jim Henson Company that I haven’t really had a chance to let the experience of ‘creating television’ to soak in fully yet.  I’m excited to see the world that Dot. opens for me.