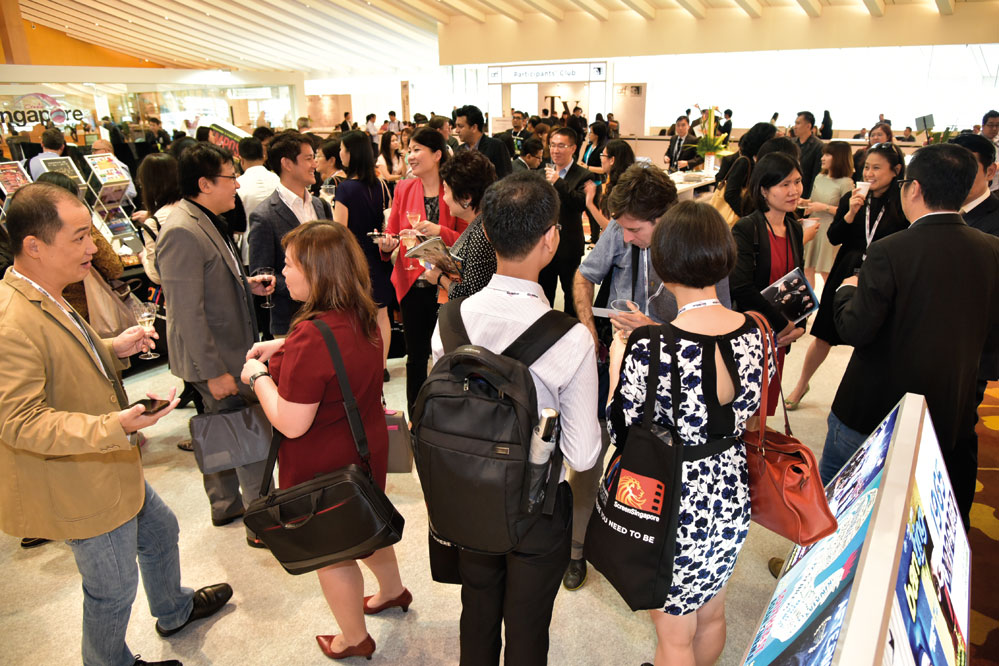 ATF is the biggest TV market in Asia. Ahead of the trip to Singapore, TBI checks in with some of the distributors and execs attending for the first time, and finds out what some of the regular attendees are expecting from the market this year

The Asian TV Forum & Market (ATF) is the pre-eminent regional television market in Asia and its organiser, Reed Exhibitions, says the geographical spread of acquisitions and sales executives attending is getting wider as the Asian content business becomes a bigger industry.

“Given the growing importance of the Asian market, buyers and distributors will see a growing and diverse range of content creators and owners from Latin America, Canada and Europe participating,” says Yeow Hui Leng, senior director of ATF and Screen Singapore at Reed Exhibitions. “These regions are increasingly placing more emphasis on distributing content to Asia and expanding their global footprint.”

“Some of our official pavilions are also expanding their presence at ATF to cater to this growing trend to meet with potential partners and generate more business leads,” she adds.

Export group TV France International organises the French participation. Its pavilion will host, among others, Federation Entertainment, Pascal Breton’s fledgling production group, which is making its ATF debut. It is screening its espionage drama series The Bureau (below) at the Alliance Française cultural centre on the Thursday of the market.

In tune with Yeow Hui Leng’s comments about the growing importance of the Asian market, Federation’s head of international sales, Jean-Michel Ciszewski, says the firm will use ATF as a springboard for its efforts in the region.

“The company is still really young, and the focus has been Europe and the US out of our Paris and LA bases,” says Ciszewski. “Now, for the first time we are looking at Asia at ATF, and also Latin America at MIP Cancun.” He reports healthy buyer attendance, with a 50-plus schedule of meetings set for the event.

Unlike Federation, TVFI is a veritable Singapore veteran, having hosted French distributors since 2001 (and before that at ATF forerunner MIP Asia). “It’s a great opportunity for our member companies to focus on the region and meet with acquisition executives who don’t attend other international markets, including the ones in Cannes,” says Mathieu Bejot, executive director of the association.

“The TV industry has been changing quite rapidly in Asia, as elsewhere, and ATF is a good opportunity to meet with new players or new territories such as Burma.”

Bejot adds that demand from Asian buyers is changing. “The Asian market has proven very dynamic for us over the years, particularly for animation and docs,” he says. “We’re starting to see more opportunities for drama, hence our choice to highlight a series such as The Bureau.”

Federation will also have conspiracy drama series Hostages, which has gone to a second season on Canal+ in France, and with its edgy subject matter is likely to be a pay TV play in Asia.

One other international drama for ATF that looks to have cable written all over it is Slasher (below), the horror series for the Chiller net in the US. Content Media Corp. is handling distribution and will be looking for presales, and to follow up on MIPCOM leads having launched it in Cannes. 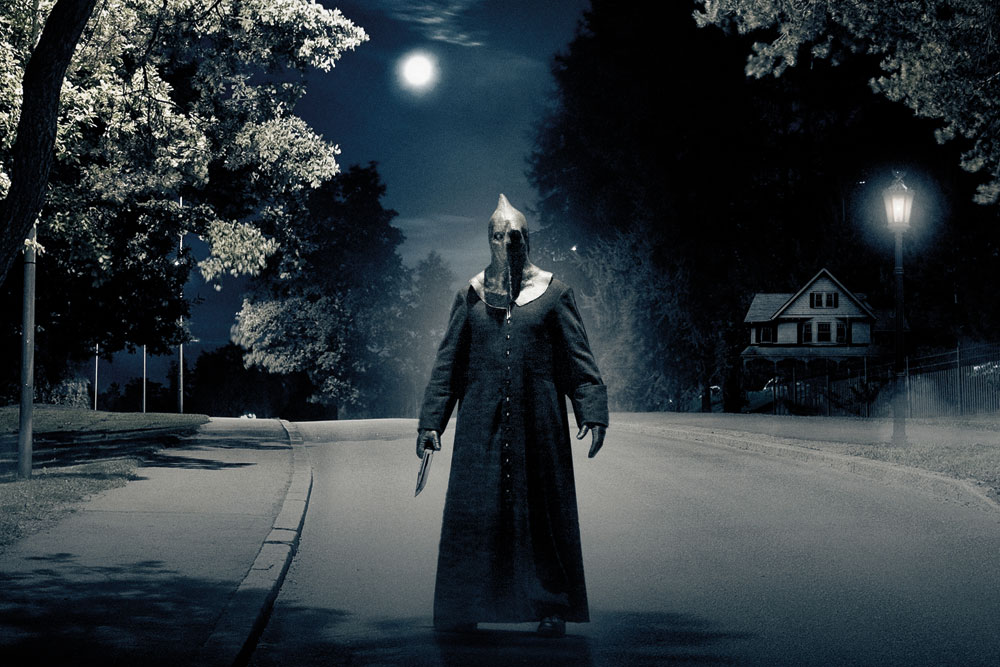 Diana Zakis, vice president, sales, Latin America and Asia at Content Media, and who is headed into her third ATF, says Content can offer Asian buyers speedy delivery of the eight-part horror series. “We can deliver it day-and-date with Chiller in the US, which is important in Asia and definitely a plus,” she says.

Zakis confirms the sales effort will initially be focused on the pan-regional pay channels, but will not rule out a free-to-air deal for Slasher, which, she says, is not as gory and X-rated as its title might suggest. “It has that classic slasher- and horror-film imagery, but also has a really engaging storyline and becomes a murder mystery over the series,” she says.

Another of the new faces at ATF will be Chris Knight, whose fledgling distributor Gusto will be in Singapore with its 4K cooking shows. Independent Canadian cooking and lifestyle channel Gusto has been ramping up original content, giving the new sales arm fresh programming to take to market.

4K is starting to take off in Asia, but there is a still lack of content in the ultra-high definition format, and what there is is mostly in the wildlife, doc and showcase categories, meaning an opening for content in other genres, Knight hopes. “There is an interest in 4K and an interest in food programming, and a lot of the 4K stuff out there is ‘cute bunny’ wildlife stuff,” he says. 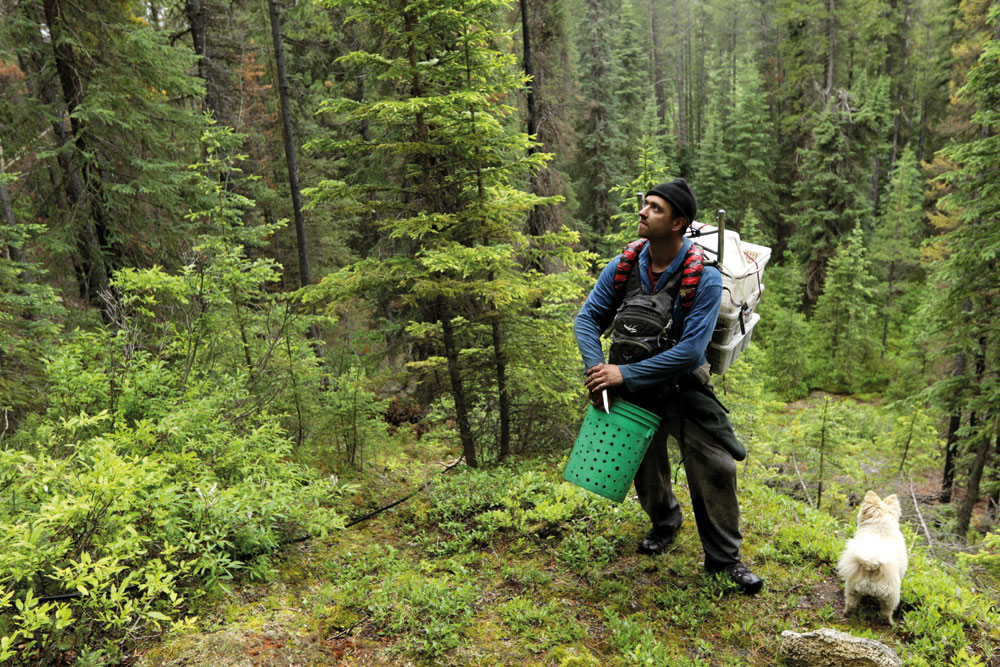 The distributor’s new 4K offerings rolling out at ATF include 6x30mins Crate to Plate (above), which traces where food comes from and the journey it makes before finally reaching consumers, and 15x30mins lifestyle series Fish the Dish, which is a companion piece to Fish the Adventure, about angling escapades.

UK-based DCD Rights will be at ATF, with senior sales exec for Asia James Anderson making his first journey to the market. “It is an opportunity to open up new markets – I’ll be meeting buyers from Vietnam and Cambodia – and dig deeper into others,” he says. His focuses for the market will be free-TV deals for magic series Penn & Teller: Fool Us, which is on The CW in the US and has already sold to NBCUniversal for a first Asian pay TV window.

Kids specialists are also heading to ATF with the likes of US-based Splash Entertainment in town for the first time. Winx Club producer and distributor Rainbow will be in Singapore as it tries to get deeper into the regional market. “Asia has been a secondary market for us, but our intention to grow it and establish new relationships with local broadcasters,” says Rainbow’s head of sales and coproduction, Andrea Graciotti.

Like Knight and Anderson, Graciotti is an ATF first-timer. “I have been in charge of TV sales and copros since October 2014, and have spent about a year looking at new business, especially in South America,” he says. “The next strategic push is in Asia.” 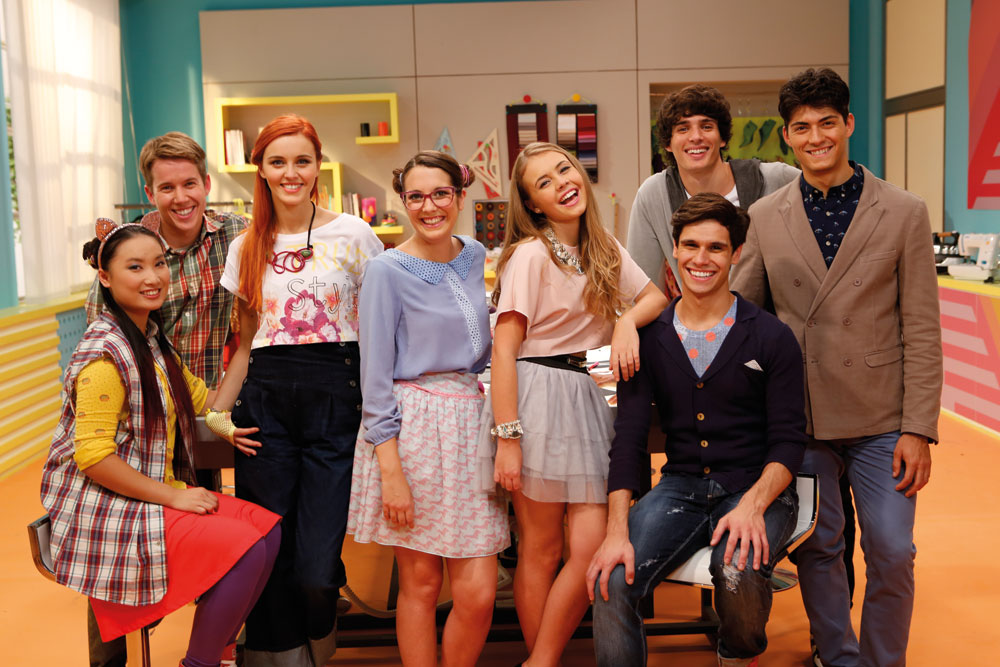 Rainbow, which is part-owned by Nickelodeon owner Viacom, needs broad coverage for its properties to build the L&M activity that underpins the kids TV business. At ATF it will have new Winx spin-off series Winx Club WOW: World of Winx, Regal Academy and new live-action show My American Friend (WT, above). At ATF, early instalments of the latter will be available for buyers to view for the first time.

Another distribution exec making his first ATF trip is Sony Pictures Television’s executive VP, international distribution, Mike Wald. He was part of a recent SPT rejig, relocating from London to LA and taking on overall responsibility for Asia, including a local team that comprises in part Robert Lanier in Sydney and Ken Lo in Hong Kong.

SPT will have Dennis Quaid and Kate Bosworth drama The Art of More (below) for the market. It set in the world of high-end auction houses, making it a good fit for aspirational Asian viewers. “It has a lot of international appeal and will work well in Asia with its behind the curtain view of a world of extreme wealth,” says Wald. 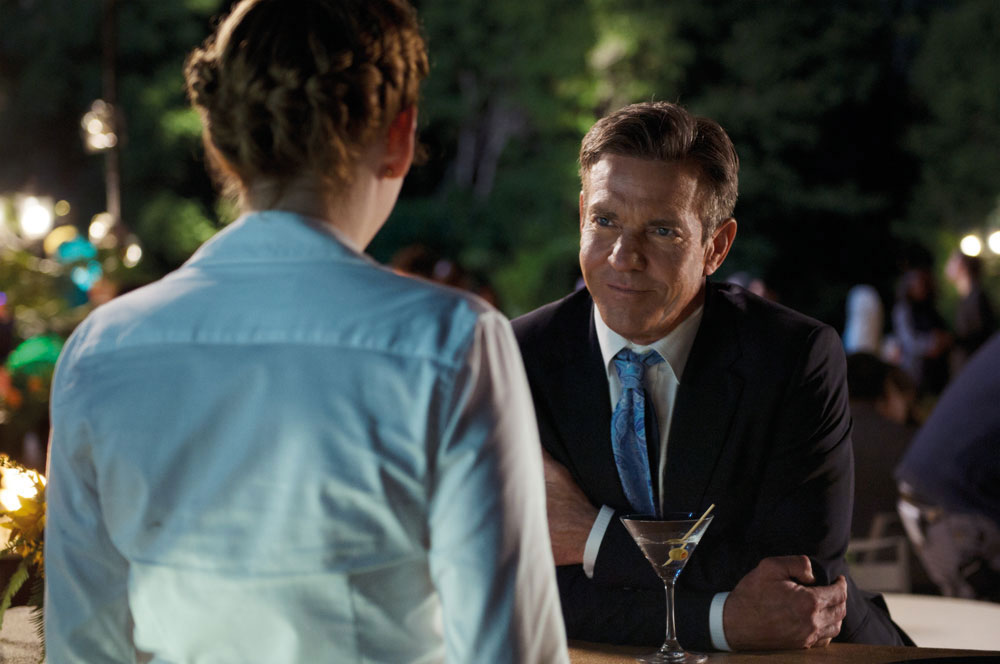 Sony has experimented with a new compressed VOD window in Korea that saw features hit on-demand just four weeks after their theatrical bow. “It is one of the things we like most about Asia,” Wald says. “You can break the mould and do something different; you are not constrained by the traditional windows. In Korea, we have been the first to test a super early premium window.”

Not all of the ATF attendees are first-timers with many of the large distributors, and seasoned sales folk, making the trip a diary date.

For free TV, less edgy imports are often the order of the day, a market trend borne out in Banijay International’s selection for ATF: gifted children format Wonderkids, mother-daughter relationship series Fix My Mom and fashion reality show The Doll Life. “We think positive and upbeat shows work particularly well in Asia, and these shows have these attributes in abundance,” says Michael Jackson, head of global sales at Banijay International.

On the formats front, Banijay has shopped Opposite Worlds into China, and Jackson says the likes of Beat the Star and Sing it On are among his ATF priorities, though selling formats into the region requires a deft touch. “Whilst the core format remains intact, there is often a need to transform a western format into a style to fit Asian tastes, so choosing and working with the right producer is a key factor in the process,” he explains.

Coming soon after MIPCOM, the Singapore market works at a different speed to its Cannes counterpart: sellers get more time with, and greater access to, buyers. One test of whether it is a meaningful post-MIPCOM business trip will be if this year’s first-timers plan return trips after their first taste of ATF. If Asian TV keeps growing in size and importance, the chances are they will be on an annual Singapore-bound plane for some years to come.

What’s on in Singapore

ATF has several international content execs in town as part of its conference strand, which takes place a day ahead of the market on December 1.

“Buyers and distributors can look forward to innovative and engaging new content at this year’s Asia TV Forum & Market, as we focus on areas such as content creation and digital business strategies,” says Yeow Hui Leng (left), senior director of ATF at Reed Exhibitions.

“To keep up with the evolving viewing patterns of audiences, ATF has curated its market and conference to reflect trends in these key aspects,” she adds.

MCN heavyweight Maker Studios’ international boss René Rechtman will be giving a keynote address, as will Steve Macallister, the former Disney, Worldwide and Zodiak sales boss, who is now All3Media International’s CEO. Rechtman will tackle the topic of development and expanding in Asia’s digital marketplace.

Other execs in town include Maggie Xiong, senior director of acquisitions at Youku Tudou, which is being acquired by e-commerce giant Alibaba. Xiong will tell the assembled distributors what buyers want, focusing on her experiences in the Chinese subscription on-demand market.