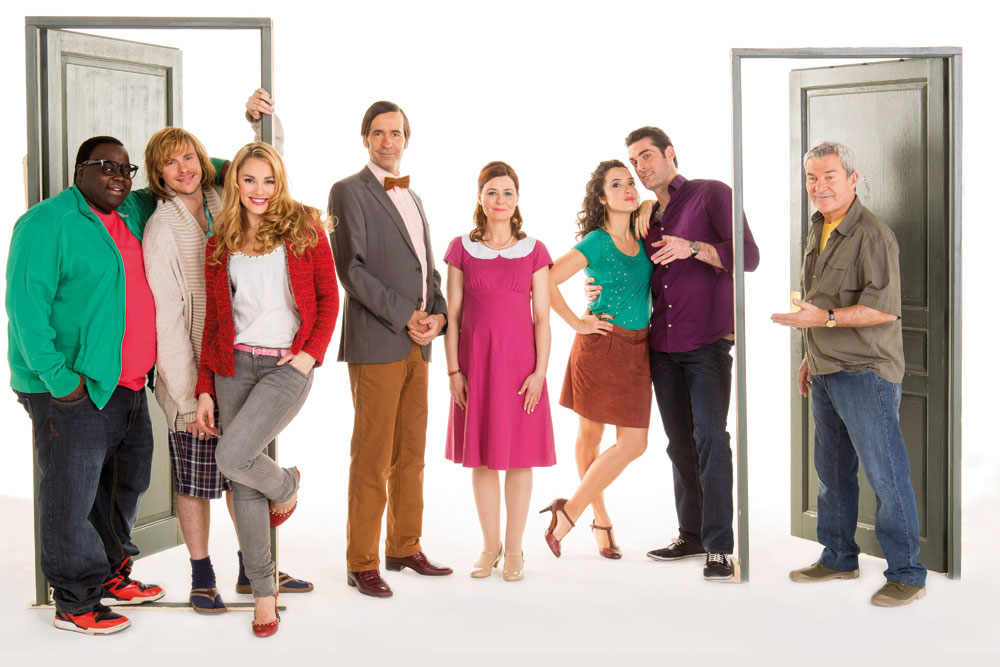 France’s TV formats are finding growing success in the global market, in tandem with a rise in their profile. However, the French industry, its broadcasters included, still needs to push forward more original creations, as Pascale Paoli-Lebailly finds out

There has been a revival in French drama, with France taking its place as a top drama series provider. TV fiction exports up 49.3% to €38.9 million (US$44.2 million), while television formats have seen continuous growth, though to a lesser extent. Sales, including those of gameshows, entertainment series and formats rose 3.5% in 2014 to €22.8 million, against €22.1 million in 2013.

Though largely unrecognised in France, a handful of French formats have become international successes.

More recently, however, the Gallic market, which has historically acquired and remade formats, is increasingly creating and exporting original formats of its own, with games and entertainment concepts fuelling the hits.

These are still relatively few, as broadcasters remain reluctant to take risks with pricey original creations. What has changed is that producers and distributors are making more of the few formats that are finding their way to the international market.

Produced by Simone Halberstadt Harari at indie prodco Effervescence and distributed by boutique company Can’t Stop Media, Slam (below) is one of the present blue-chip formats. Awarded the Export Format prize at TVFI’s French showcase Rendez-Vous last month in Biarritz, the 30-minute access-primetime gameshow airs daily on France 3, along with a weekly version called Grand Slam.

Launched in 2009 with a 7% audience share, Slam now commands an average 16.6% share. It has been adapted on TRT Okul in Turkey and on RTV in Slovenija, and further remakes are said to be in the pipeline in Italy and Switzerland. The 2014 figures released this September by export association TVFI and content promotion body the CNC show that French formats mostly travel in western Europe, and are breaking previously uninterested territories such as the UK, Belgium, Spain and Italy.

Newen Distribution, which has recently been linked with a merger with ITV Studios France’s distribution arm, is at the centre of some recent developments in those territories. The distributor’s quiz show Harry has been licensed into to Turkey, Spain, Italy and Germany, while Run & Buzz has sold into Turkey, Spain, Benelux and Russia.

The Export Format prize was launched last year to unveil outstanding concepts for international buyers, and mixes entertainment, doc and drama formats. Last year, indie Satisfaction – The Television Agency won for its Friday night entertainment show Anything Goes, which Endemol Shine International sells. The format has broadcast on TF1 since 2001 and has been licensed into more than 20 countries, including in the US where it runs on Fox.

“France has creative talent and could be the next key format provider to watch on the international scene, and not only in the French-speaking territories,” says Lagardère Studios’s Charlotte Toledano Detaille. “The French formats market previously existed in a smaller way, but international success makes it more visible.”

In the French TV-formats industry, size matters. Though small independent companies can have international success with one or two formats, the bulk of new gameshows and light entertainment concepts come from biggest entities. Added to that, the trend is for consolidation.

“Seven or eight years ago, we could find ten interesting international formats to adapt on the market,” says François de Brugada, CEO of Banijay France. “Now, formats are circulating weakly and there is a global lack of creation. This gives French formats a better chance to travel.

“However, if we are only making two sales with our France 2 cooking format Hands Off Chef! [in Norway and Finland], we can’t yet talk about France as an international success. There is a slight upturn on the French format market, and French broadcasters are more likely to commission original domestic creations, but it takes time.”

Banijay’s French division produces around 1,551 hours of entertainment shows each year through its three local companies: Air Production, Banijay Productions France and H2O. Over the 2013-2014 season, it positioned ahead of Lagardère Studios (1,044 hours) and Fremantle Media (589 hours), according to figures collected by the Ecran Total trade weekly. Endemol ranked in fifth place with 500 hours, while indie groups Newen and Effervescence were respectively credited with 437 and 417 hours produced.

Though it launched Belgian concept Sooner or Later and UK-created The Weakest Link on D8, Banijay claims that for every adaptation, ten formats are originated in-house. 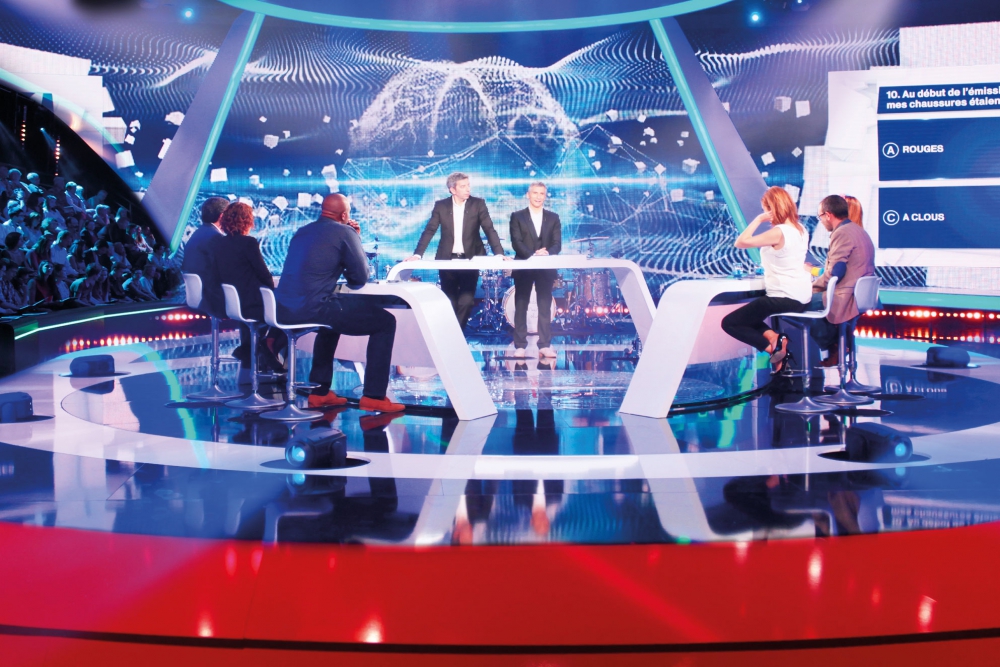 Banijay France’s original titles include eleven-season reality TV franchise Party Workers (Les Ch’Tis) for DTT channel W9 and its spin-off Les Marseillais. The company is also finding international success with hidden-camera format My Parents Are Gonna Love You, which runs on NRJ 12. Banijay International will launch new formats Let’s Play With My Memory (above), which comes from Air Productions and is for France 2; May The Best Host Win (from H20 and for D8); Music Game Night (another Air Prods effort, this time for France 2); and paper format Try My House. The latter allows a family to try out living in a house before choosing whether to buy it.

Towards the end of this year, when Banijay Group and Zodiak Media merge, Banijay Group France will enrich its format slate with one new genre, adventure game, and gain two new clients, TF1 and Canal+.

Zodiak’s French division, which has been under pressure for several months and suffered many exits on the animation side, now focuses on drama and docs but is still active in formats. Subsidiary ALP produces adventure game Fort Boyard for France 2 and Survivor adaptation Koh Lanta for TF1.

The revelation that Vivendi chairman Vincent Bolloré plans to buy a minority stake in the future Banijay-Zodiak group opens another potential avenue of business.

The new content strategy Vivendi is building up is based both on increasing investment in programmes and making selected bolt-on acquisitions. At the same time, its subsidiary Canal+ is seeking to add original entertainment shows to its line-up and to feed stablemate DTT channels D8 and D17.

This is one of the reasons Vivendi also recently acquired independent distributor Can’t Stop. The UK-based company, which ex-Zodiak executive Matthieu Porte created, has already helped Canal+’s DTT channels to source entertainment shows and formats like Mum of The Week.

Launched on D8, the format travelled to Poland, Finland, Turkey and could land on RTL2 soon, according to sources. “The strategy behind Vivendi’s acquisition of Can’t Stop is to use Canal+’s channels to launch exportable formats,” says France national Porte, adding: “We will, of course, continue to distribute third-party contents like Slam.”

To French TV producers association SPECT, developing French formats and exporting them is a key business line and a growth driver for the whole domestic TV industry.

Last year, the association commissioned a study that showed entertainment formats and magazine shows generated annual revenue of  €1.5 billion and represented 12,000 jobs. This was true even though French light-entertainment production has no quota guarantees and little to no funding from the CNC when compared with fiction, documentary and animation content.

Even so, light entertainment still has real weight. Formats and entertainment shows from within the genre account for one-third of channels’ grid costs, and can drive huge audiences.

“They are often used by broadcasters as safe option – a ‘variable d’ajustement’ – when budgets decrease or when programmes cuts are planned,” says Vincent Gisbert, executive director of SPECT.

“While the worldwide market has fewer big international concepts to offer, the French industry keeps importing formats, and sales revenues remain low. However, French broadcasters need to feed their slots and there’s an upbeat in favour in the local creation sector.”

New DTT channels like D8, TMC, W9 and NRJ 12 have offered opportunities to French creators, while established broadcasters TF1, France 2 and M6, which favour overseas format-adaptations, are now considering domestic formats more. TF1 is looking for primetime entertainment shows, while France Télévisions has already showed it will invest in French creation, too.

“The French TV format market is emerging and it is necessary to help the creation of original productions developed by indies,” SPECT’s Gisbert adds, saying France Télévisions can take a leading role in this sector and contribute to pilot financing.

Incubator La Fabrique des Formats is also looking to spearhead change and help the development of French international TV formats. Formed by Philippe Chazal, formerly of Arte and France 4, the investment fund is dedicated to formats R&D, with plans to raise €10 million through bank Natixis and become operational in the coming months. Its goal is to finance around 15 projects of ‘made-in-France’ formats each year by its third year.

France Télévisions is dedicated to French programme creation, and Laetitia Recayte is the group’s latest ambassador in this space.

Recayte was handed the role this summer by Delphine Ernotte-Cunci, the new president of France’s public service broadcaster, to put into action a strategy aimed at generating new revenue streams, especially from TV programme sales. The group wants to build the value chain and further consolidate the French TV industry.

“There has been a fantastic renewal in French drama, animation remains a strong industry, and France is now less absent from the TV format market,” she says.

“The French audience’s taste is now very similar to that of international audiences, and this strengthens French creation. Now, France Télévisions wants to play a greater role in creating and monetising content, whether they are French series, coproductions or entertainment shows.”

Recayte, who had a strong track record at Newen selling hit shows such as Spiral and Witnesses worldwide, wants to bolster MFP’s TV drama and international coproduction activities. On the FTD side, she wants to boost the distribution of TV formats, be closer to in-house and external production teams and better contribute to a more dynamic market.

“France Télévisions has decided to position on the global market and play the role of better initiating, promoting and selling French-created programmes,” she says, adding the commercial arm of UK cousin the BBC, BBC Worldwide, provides an inspirational model.