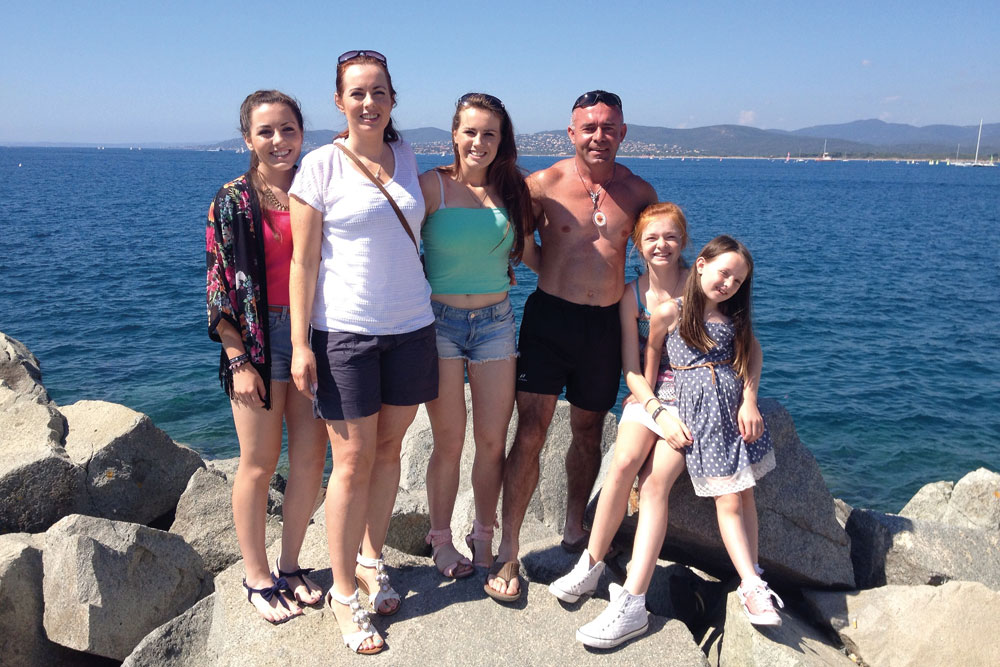 Ask Irish producers what the most significant development in formats has been of recent years and the answer is almost invariably the same: RTÉ’s Format Farm. The initiative launched in 2012 in order to better reach the international market, linking producers with distributors on a personal level for the first time.

“When the RTÉ Format Farm kicked off it was great, because it encouraged Irish indie producers to look outside and engage with distributors,” says Philip Kampff, founder of Dublin-based Vision Independent Productions. “That was really beneficial.” 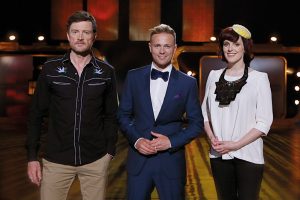 VIP was among the first companies to properly profit from the initiative, after its singing competition series The Hit (left) was picked up by Warner Bros. International Television Production and sold to Netherlands commercial broadcaster RTL5, Russia’s Rossiya 1, Spain’s La 1 and Norway’s NRK, among others.

“Format Farm encourages us to be a broadcaster that tests pilots and formats,” says Janet Frawley, head of formats at RTÉ Global, the commercial arm of RTÉ. “It means we do take risks on new formats. We do that and we are cultivating new talent.”

Others that have significantly benefitted included Toto Productions, whose show with Sony Pictures Television and Victory Television, The Takeover, was commissioned in the UK by Channel 4, and Coco Television, which had Whose Holiday is it Anyway? (top) picked up for international distribution by Modern Times Group-owned DRG Formats after piloting strongly on RTÉ One.

“It’s clear we have a very strong talent pool here,” says Frawley (right). “As a nation we are creative and naturally good storytellers, and we have always been a creative hub for ideas. If you go back as far as Lyrics Board, Granny Bootcamp and, more recently, Genealogy Roadshow, we have had success in formats, but we have not been shouting about it. Now we’re beginning to actively invest in formats.”

However, there is a feeling among producers that the Format Farm initiative is losing steam, despite RTÉ receiving a record 190 submissions for the most-recent pitch.

“Format Farm was initially a great thing, because it got the distributors to Ireland,” says Bernadine Carraher, co-founder of indie Mind the Gap Films. “It has opened up to the general public this year, which is unfortunate for professional producers.” 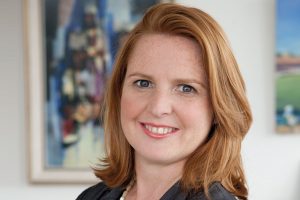 Carraher says, however, that indies have begun cultivating those distributor relationships away from Format Farm. Mind the Gap recently sold its new cooking-meets-history series Lords & Ladles to FremantleMedia International.

“We have tight budgets in Ireland, and the distributors can take our projects and scale them up,” says Carraher. “Often you’ll see foreign formats come in and be scaled down as the budgets are lower.”

Lifestyle show Lords & Ladles, for RTÉ’s main channel, sees a trio of chefs enter grand manor houses and stately homes to recreate lavish feasts from history. In each episode lots are drawn to find a ladle, which gives one control of the kitchen, while another has to source the ingredients and the third dines with the gentry.

“The international market is essential,” says Carraher. “You won’t grow if you focus only on Ireland. We’re hoping good things come from our association with FremantleMedia, and we’re talking to them about other partnerships.”

FremantleMedia also sells Big Mountain Productions-created Genealogy Roadshow, which played on RTÉ and PBS in the US.

Public broadcaster RTÉ has been the most-forward-thinking network in relation to the international market for some time. In recent months, it has partnered with Norwegian pubcaster cousin NRK to develop #MissingYou.

The format looks at personal relationships that are conducted entirely through web-calls service Skype, for example a father living away from his children and prisoners talking to family members.

“We decided to develop it with NRK, and this took place in Oslo and Dublin,” says Frawley. “RTÉ has commissioned a 6x30mins series and NRK is in the commissioning process right now.”

Meanwhile, commercial broadcaster TV3 has made a significant strategic switch in recent years to focus more on international development and formats. This shift began when Ben Frow came in as programming chief and continued when Jeff Ford took over. With Frow now at Channel 5 and Ford leaving earlier this year to become managing director of Fox International Channels UK, Lynda McQuaid is now director of content.

“From the time of Ben Frow and then Jeff Ford, and now Lynda McQuaid, there was a motivation to create more fresh Irish content across formats,” says Andrew Byrne, TV3’s group head of formats. “There was a real recognition that content is the new currency.”

The broadcaster has a big advantage in quiz and gameshow formats thanks to its 5,000 square-foot TV3 Sony HD Studio Dublin, which the largest purpose-built television studio of its kind in Ireland.

“We’re looking at Europe using the Sony studio, hopefully creating a media hub,” says Byrne. “There’s real recognition that this could work as a cost-effective model; it’s not difficult to fly people over if it reduces costs on the other side.”

Indeed, S4C’s Welsh version of TV3- coproduced format The Lie (above) films at the studio. Developed with Scotland’s STV Productions and GroupM Entertainment and distributed by Red Arrow International, the show sees two contestants attempt to survive increasingly tense rounds, risking an increasing amount of cash on their ability to spot a lie. 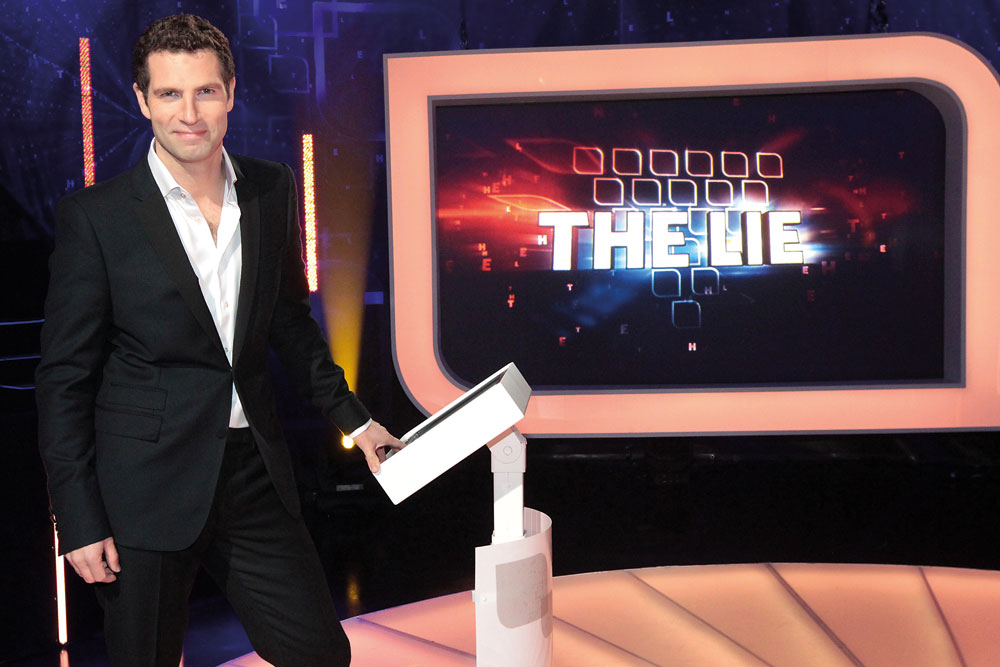 Another new format, Algorithm, has attracted US interest, Byrne says, while Sitting on a Fortune is a coproduction with RDF Television and is sold internationally by Zodiak Rights.

“These pieces were created with our new international ambition in mind, where we were pulling back from UK acquisitions,” says Byrne. “We have got a well-positioned channel and an intelligent audience that’s critical and is English-language. Our mantra is to bring people to Ireland, which is a small, but creative territory.”

To this end, TV3 entered into a distribution pact with Sky-owned Sky Vision earlier this year, comprising an initial 200 hours, with a further 150 coming through to 2017.

VIP, meanwhile, renewed its distribution deal with Warner Bros. in September 2013. While its popular Super Star Ding Dong goes out through Banijay International, new doppelganger multiplatform format Twin Strangers is being developed by Warner Horizon in the US, while Channel 4 co-developed the idea and is planning to launch it in the UK.

The format was born out of a project to find people’s lookalikes around the world. An online site that allows people to sign up quickly took off and accompanying YouTube channel videos went viral, and there are now citizens from 120 countries involved.

“Twin Strangers set out to find the doppelgangers of three people, but it actually found a huge appetite from people who wanted the same thing,” says Philip Kampff. “On top of that, it becomes a huge casting tool for a television show, and we’ve had global brands wanting to get involved. We can do these deals before the television show and begin generating revenues.”

Mind the Gap, meanwhile, has long looked to the US as a source for business. Having launched in 2001, the prodco has worked extensively with PBS on music shows such as Hallelujah Broadway, Happy Birthday Oscar Wilde and The Irish Tenors. It also creates series for Gaelic-language broadcaster TG4, which one source says “will take in formats as long as they have not been on an English channel”.

Ireland may be a country of about 4.5 million, but its impact on the international formats business is growing all the time.