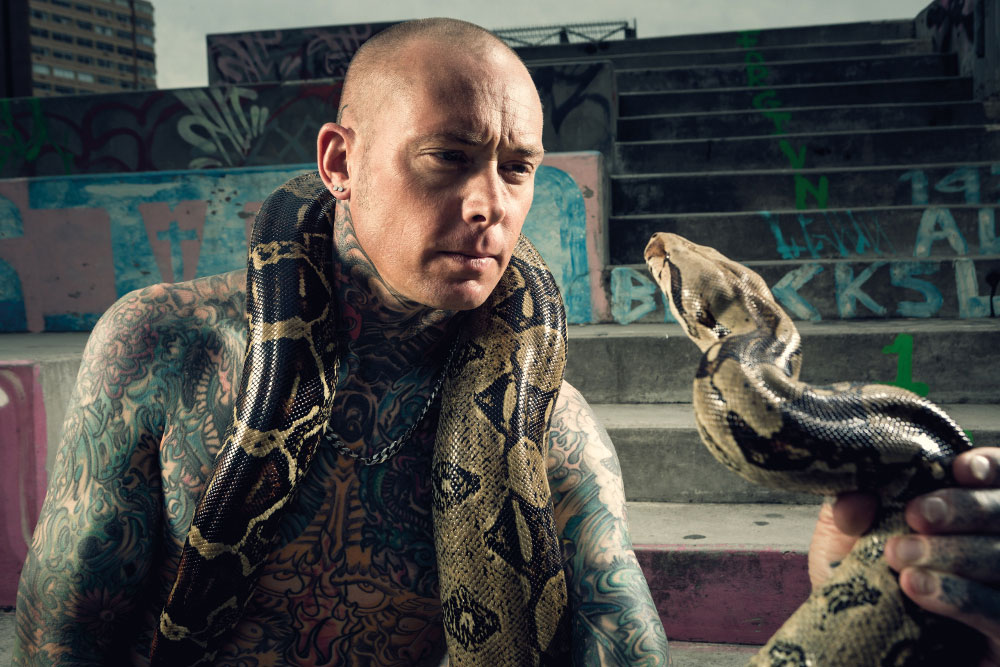 Thanks to an exotic but diverse geography and highly skilled talent, crews and technicians, its producers are able to create a wide variety of on-screen narratives. These have included the fast growing Nollywood films from Nigeria, India’s Bollywood movies, Hollywood blockbusters like Marvel’s Avengers: Age of Ultron and television series such as Starz’s adventure drama Black Sails.

In recent years, international and domestic TV producers have grabbed, developed and enhanced the resulting creative and commercial opportunities. Inspired by the experience introduced by international filmmakers working in the country, local government incentives and demand for high-end content by the world’s growing number of digital terrestrial channels, they have found their mojo.

Furthermore, it hasn’t hurt that the exchange rate of the local rand currency has been falling against the US dollar the past decade.

Ten years after its launch, VIMN Africa is producing across the continent, including in Nigeria and Kenya. However, business in South Africa, which accounts for 50% of its regional production budget, “has always been crucial”, Okosi adds.

“The TV industry is just booming,” says Louise McClelland, co-founder and chief creative officer at Cape Town-based factual and lifestyle content specialist Okuhle Media. “We have been growing for the past fourteen years and I expect us to keep doing so at speed.”

With a population of about 55 million, South Africa’s gross domestic product per capita of US$7,480 is the highest in sub-Saharan Africa. However, it is tiny compared with GDP in most developed markets, and yet global accountancy giant PwC foresees a growing local TV market.

PwC forecasts that ad revenues from TV will increase to US$1.8 billion in four years’ time from US$1.3 billion last year, led by terrestrial networks like national public broadcaster SABC and the privately owned e.tv. The reach of subscription-funded TV, dominated by Naspers-owned MultiChoice, is set to be 82%-plus in 2019 from 63% in 2014.

Its Los Angeles office also develops opportunities for African producers and buyers to meet multinational media conglomerates like the UK’s BBC Worldwide and Hollywood studios Disney and Warner Bros., which are selling to the emerging African economies by licensing to or coproducing with South African producers.

“The country is one of the world’s top production destinations,” says Patrick Jucaud-Zuchowicki, Basic Lead’s CEO. “It is an industry groomed and brought up to speed in terms of international standards.”

Basic Lead has invested in research that confirms its confidence. “Sub-Saharan Africa generated US$1 billion for international content owners in 2014, double the US$500 million generated in 2012, and compared to US$150 million ten years ago,” Jucaud-Zuchowicki says. “If our clients [international content owners] return to Discop Africa, it’s because they are making money, and much comes from South Africa.”

VIMN’s Okosi agrees. “Nigeria might produce more in terms of volume thanks to Nollywood, but South Africa has had a head start in terms of sophisticated productions, he says.”

In the past twelve months, South African-produced VIMN hits aired on the continent include Comedy Central Presents… Live at Parker’s, reality talent show Top Actor SA on the local version of the BET network, MTV’s prank show #YouGotGot and this year’s MTV Africa Music Awards, which took place in Durban.

Another international production giant flourishing in South Africa is the regional business of Endemol Shine, the international group behind the Big Brother and MasterChef hit reality formats.

From its Johannesburg offices, Endemol Shine Africa CEO Sivan Pillay says: “South Africa is vital to our productions across Africa as we are the headquarters for all creative and production teams. We are ideally positioned to produce multiple shows, including local versions of the company’s global hits and formats we develop ourselves.”

If the international TV market was Facebook, independent production group Rapid Blue would snap up millions of ‘likes’ for successfully adapting some of the world’s biggest international formats for Africa, a region where viewers prefer local subjects and themes. 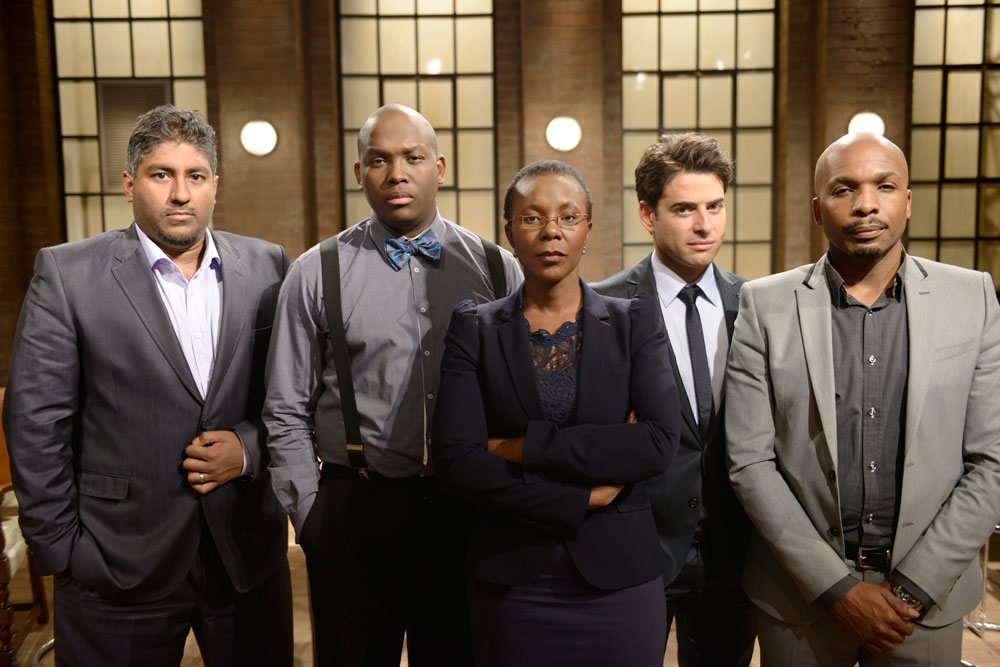 Johannesburg-based CEO Duncan Irvine is the visionary behind African versions of the BBC’s Dancing with the Stars/Strictly Come Dancing, Dragons’ Den (above) and, most recently, The Great British Bake Off; Syco Entertainment’s The X Factor (in Nigeria, Ghana, South Africa) and Got Talent (in Kenya); A+E Networks’ Pawn Stars; and the ITV Studio/Channel 4-originated Come Dine with Me.

“We also have shows on BBC Worldwide’s networks, Food Network, Discovery across Africa, all the South African broadcasters and on most networks in Nigeria,” says Irvine.

“Because it is really hard to hold on to intellectual property in South Africa if broadcasters fund most of the production, we have needed to find new funding models to create shows which we can sell internationally,” he says. “It has been the interaction with international broadcasters and distributors that has provided opportunities for us to create content for sale internationally.”

“I would love to see South Africa adopt legislation similar to the terms of trade the UK industry has with PACT [the British independent producers’ trade body], which means broadcasters can’t take 100% of a producer’s work.”

However, the government does help via incentives, says Louise McClelland at Okuhle Media.

For the Film and TV Production Incentive, South Africa’s Department of Trade and Industry (DTI) offers a 35% rebate for the first ZAR6 million (US$442,500) invested in any production that meets the required conditions, and another 25% for any amount spent on top.

The Foreign Film and Television Production and Post-Production Incentive, including coproductions that use South African locations and post-production facilities, includes 20% to 25% rebates. There is also the South African Emerging Black Filmmakers Incentive, which can give successful applicants up to a 50% rebate for the first ZAR6 million investment.

“If we want to sell internationally, we have to fund productions ourselves, so the incentives are good for coproductions as long as we can bring some of the budget to the table,” McClelland adds. 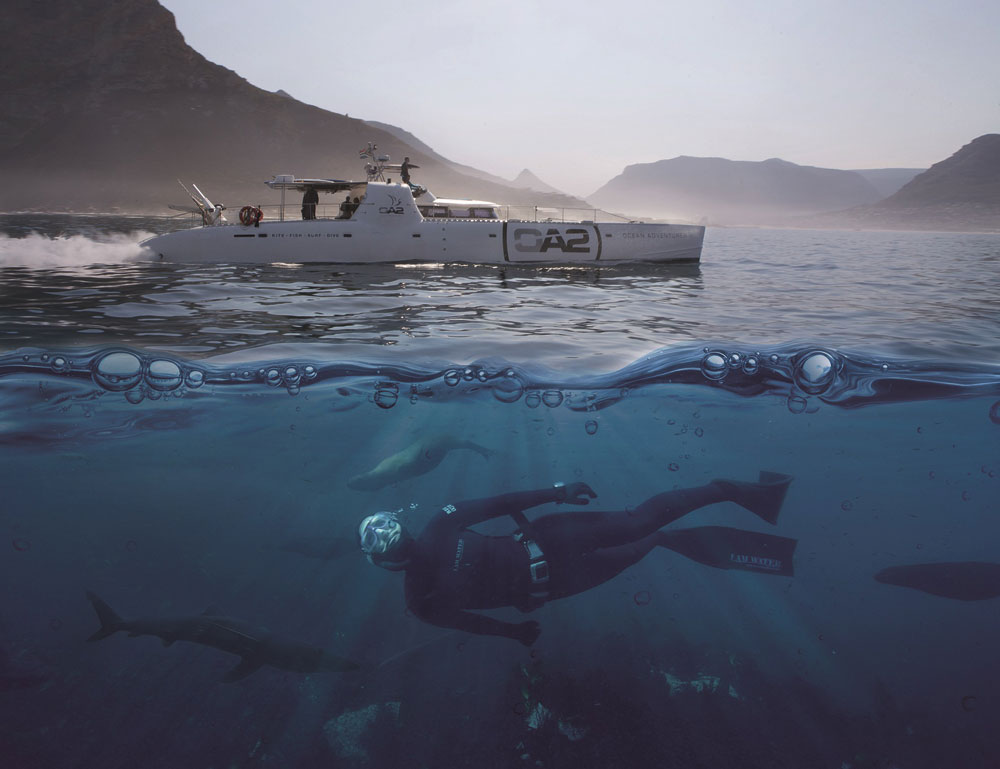 Another wildlife and documentary specialist, Earth Touch, picked up several SAFTA gongs for Hippo vs Croc. The firm expects more such accolades for the new Snake City (pictured top) – which is about a snake whisperer who reintroduces venomous mambas, cobras, adders and other deadly reptiles found in residential Durban into their natural environment and is produced for Nat Geo Wild. Crazy Monster Frog, meanwhile, is a Smithsonian Channel coproduction that unearths a host of outlandish amphibians, who are introduced to audiences in a unique entertaining way.

“We see ourselves as exporters who can take Africa to the rest of the world,” says Lara Cox, Earth Touch’s managing director.

One reason local producers chase after international work is the declining number of commissions by local broadcasters. Therefore, production outfits say they are forced to think creatively outside their domestic market’s box.

“Our population numbers cannot support the investment [of local productions], so international investment or consumption is essential,” says Gary King, executive producer at TV programme and commercials maker Picture Tree. “The emphasis for me is to be able to sell outside the African borders.”

However, producers do not ignore the local broadcast market, a difficult terrain to serve considering South Africa has eleven official languages (and some admit that English spoken in the Afrikaans accent is difficult to sell abroad). That means they need to be adept at creating all kinds of genres and formats with a wide appeal.

Basic Lead’s Jucaud-Zuchowicki says that the rest of Africa is a significant consumer of South African productions because the territory’s producers and broadcasters “have a flair for understanding what the viewers want”. 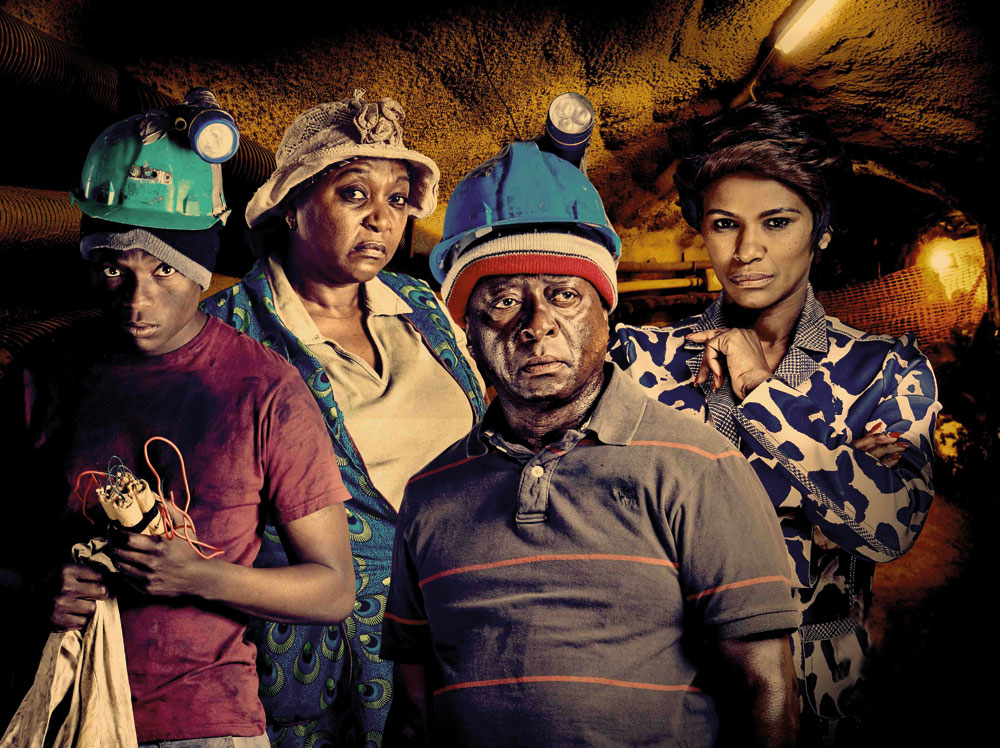 Urban Brew’s African-content productions have been on a variety of the local free-to-air and pay TV networks: they include telenovela Zabalaza on DStv’s Mzansi Magic, documentary Mahadi-Lobola and telenovela Gold Diggers (above) for free-to-air platform e.tv, plus Lekker TV, which is a weekly nine-hour slot on the Afrikaans music and entertainment network KykNet Nou!, formerly called KykNet Musiek.

The next goal for some is to create African formats that will attract global buyers. One way this might happen is via the internet.

PwC research indicates mobile internet penetration is set to grow to 38 million subscribers by 2019 from 20 million in 2014, already making South Africa one of the region’s most digital-savvy markets.

VIMN Africa, with a global parent company that creates content with young millennials in mind, is able to exploits those digital assets for its South African viewers.

Earth Touch has launched online channel Earth Touch News Network, which is said to be the first independent news website devoted to natural history and wildlife.

“We use journalists and feature video news stories from around the globe, and we notice that 30% of the return visitors are in South Africa,” says Earth Touch’s Cox. “It features stories that might not get commissioned by traditional TV networks, but for which there is an obvious demand.”

Meanwhile, Rapid Blue executives say online productions also open up new opportunities for discovering talent such as comedian Anne Hirsch, one of the presenters on the company’s new domestic version of the Bake Off reality show.

Digitally speaking, there have been setbacks, however. The country’s analogue switch-off, set to boost the local DTT sector, has been postponed from the original scheduled date in June this year.

That said, local content consumption can expect a boost from the burgeoning streaming video market. In addition to MultiChoice’s recently launched sister platform ShowMax, other local players entering the emerging subscription-funded OTT market are telecoms operator MTN and its FrontRow service, and Times Media Group’s VIDI. From overseas, Netflix is scheduled for next year, while Hong Kong telecoms group PCCW threw its hat into the ring in September.

“There are not that many, but the ones that are emerging will be formidable partners for us and for consumers,” VIMN Africa’s Okosi says.