Reflecting on deals, screenings and cocktail events after a tragedy on the scale Cannes experienced on Saturday evening is a tricky, almost trivial, exercise. However, the show must go on as they say, and MIPCOM did just that last week after a freak storm killed around 20 people over the weekend.

Two points that should be made are the positive way the industry banded together in the wake of the events and Reed MIDEM’s excellent response. The event organiser worked night and day to ensure MIPCOM came by as normally as possibly, and was largely successful. It was ‘business as usual’ when things got underway Monday morning, with virtually all of our sources saying their diaries remained full.

Indeed, the only events badly affected were MIPJunior, which saw its popular screening room closed (and moved online) and conferences sessions moved from the Martinez to the Palais des Festivals, and the traditional red carpet photocall. The high-profile screenings of The X Files (pictured), Beowulf: Return to the Shieldlands, Billions and War and Peace among others went off without hitches. 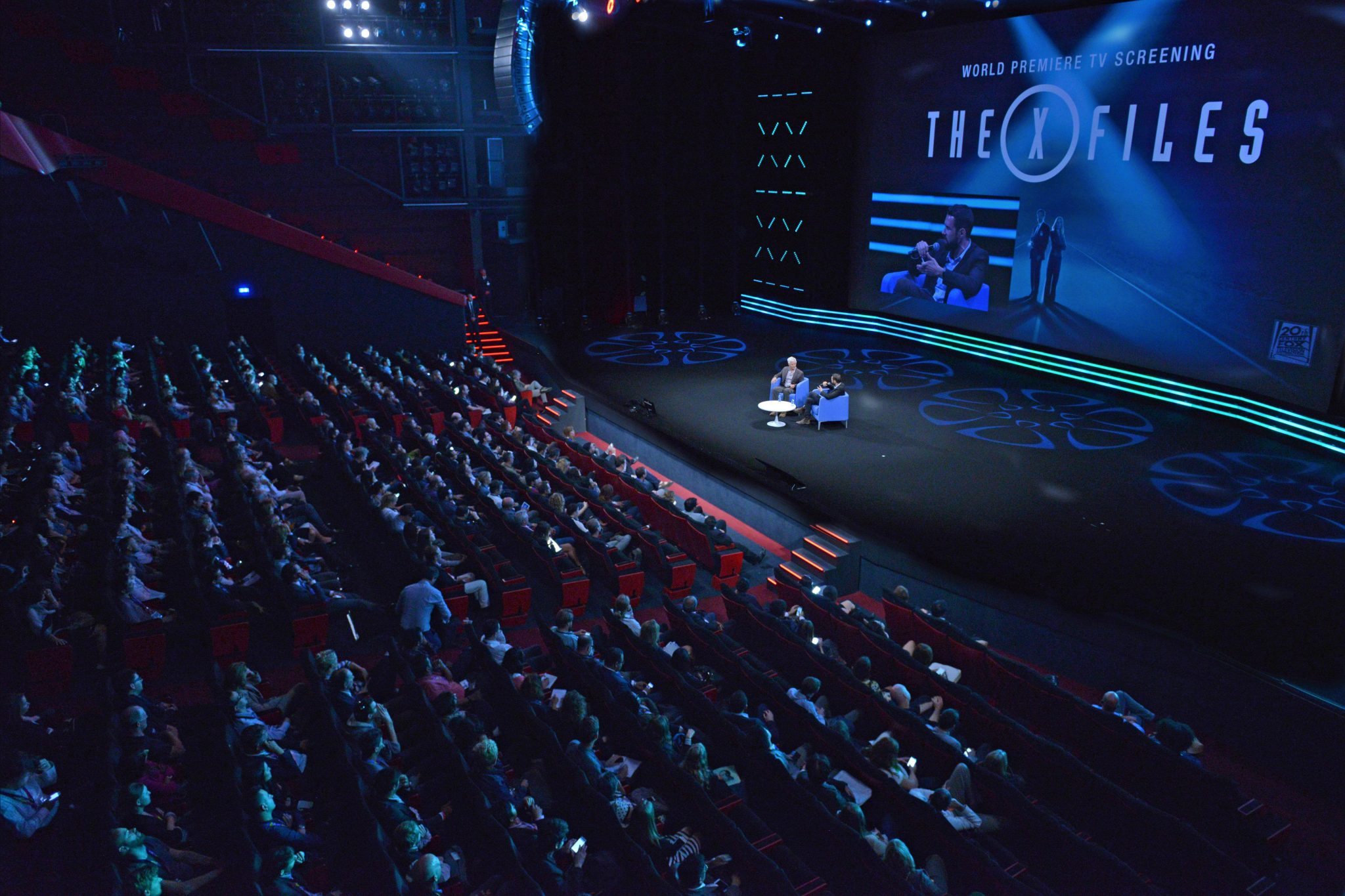 Perhaps the biggest programming deal of the market was Keshet International’s sale of new spy drama False Flag to Fox International Channels in an agreement covering 127 territories. The series, already gathering festival awards ahead of its Israeli debut, is being billed by some as “the new Homeland“.

In formats, the UK’s ITV Studios Global Entertainment entered into a tit-for-tat agreement with South Korea’s CJ E&M, with formats from both companies heading into the others’ territory. ITVSGE parent ITV announced a deal to pilot NBC gameshow QuizUp, which had a big presence on the ground through a marketing stunt that meant an executive could win a Tesla car.

Argentina’s Telefe hooked up with Israel’s Keshet to create a production hub for the latter’s game show format Boom!, with the latter also scoring an exclusive import and export deal with China’s Huace Group/Croton Media, as TBI revealed on Monday (October 5).

There were also new launches for Matthew and David Frank’s distribution platform The Rights Xchange and Curio, a new SVOD service from tech and content firm Cirkus that focuses on high-end factual programming.

The non-fiction world was rocked on Tuesday with the news Phil Craig was exiting from Discovery Networks International after just eight months as chief creative officer. Sources say Craig, who has background in public broadcasting and indie production, struggled to come to terms with Discovery’s corporate culture. Discovery’s new international programming supremo, Marjorie Kaplan, meanwhile, made a surprise appearance alongside DNI president JB Perrette in his Tuesday keynote (which was moderated by TBI).

There were other reminders that TV can change in the blink of an eye. TBI broke the news UK producer and distributor Power was up for sale following a strategic review at its South African parent company. Power has been a fixture in the Riveria Hall for many years, making its absence from the market all the more noticeable.

There were also changes at another UK-based distributor, Sky Vision, whose US acquisitions and entertainment and North America head Adam Fraser left, as TBI first reported, in a restructure. His duties will now be split as a New York-based VP of acquisitions for North America, a drama executive and an acquisitions co-ordinator.

All in all, MIPCOM was a market that showed the international industry will continue to function, even in the toughest conditions. Reed MIDEM’s official market figures claimed 13,700 attendees – the same number as in 2014 – but with more buyers and digital players present.

Reed MIDEM also unveiled a new event for its MIPTV market in April, MIPDrama, while representatives from a new international TV market in Rome, Mercato Internazionale dell’Audiovisivo (MIA), were in town promoting their new show.

Cannes has a habit of throwing up obstacles during television’s largest international markets (the ash cloud of MIPTV 2010 and the near-crippling air and train strikes of MIPCOM 2013 and MIPTV 2014 spring to mind), but the industry this year answered the only way it knows how: carrying on regardless.