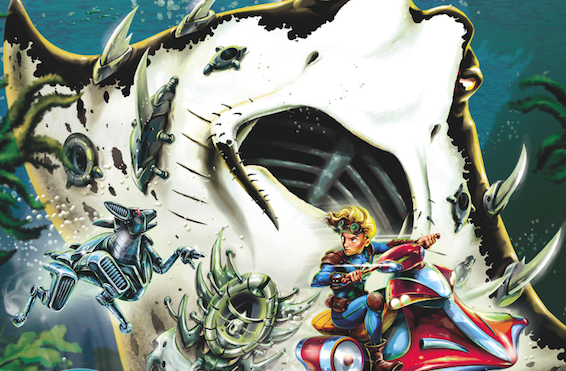 The kids division of Zodiak Media has joined forces with IP specialists Coolabi Group and will develop a TV series based on the popular Sea Quest book franchise.

Coolabi owns the rights to the books, which are written by Adam Blade and have sold over 500,000 copies.

The property is a spin-off from Blade’s 20-million selling Beast Quest book series, and follows a pair of undersea beings, Max and Lia, and their efforts to stop an evil professor and his sea creatures.

UK animation studio Factory will create the early animation concepts and show them to prospective partners at MIPCOM.

Michael Carrington, CEO, Zodiak Kids Studios, said: “We are incredibly excited to be working with Coolabi Group on Sea Quest. There’s a wealth of material in the franchise that will make brilliant story arch’s for television and which will engage with audiences who are crying out for new adventure driven shows.”

Jeremy Banks, CEO, Coolabi, added: “Sea Quest is one of the jewels in our portfolio of successful international book series and we are convinced it will engage fans on television in the same way as it has as a book.”