The Hunt is on for Endemol Shine in Cannes

The show debuted on Channel 4 in the UK earlier this month and sees a team of investigators attempting to track contestants who attempt to go off the grid, evading the nationwide hunt for them.

The series opener had a 12.4% market share on Channel 4 and won the slot in the young adult demo.

Endemol Shine’s other formats for the market include Spelling Star, a spelling competition series that originally went out on Network Ten in Australia, with the free-to-air broadcaster recently commissioning a second season. 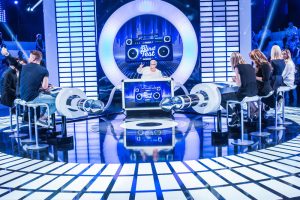 From France, Endemol Shine has Big Music Quiz, a music general knowledge quiz in which celebrities compete. It has performed well on TF1 in France, with the series opener in July adding 46% to its slot average.

There is also an Israeli format on the slate in the shape of Fast Cash (below), a gameshow that has fifty cash machines that dispense prize money to contestants who correctly answer questions based on visual clues. It launched on free-to-air broadcaster Reshet in Israel.

“Our format line up for this market is further testament to the diversity of Endemol Shine Group’s creative talent,” said Lisa Perrin, managing director of Endemol Shine Creative Networks. “This is an incredibly strong mix of new formats that have proven to be overnight hits on both TV and non-linear platforms, all originating from different corners of the world.”