CBeebies controller Kay Benbow and her CBBC counterpart Cheryl Taylor took the stage at the Children’s Media Conference last week to tell content companies what is working on their services and what they are looking for.

After they had outlined recent news and the profile of their service, TBI quizzed the pair on the details 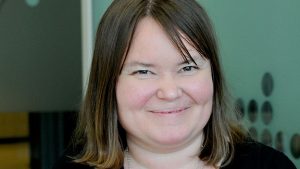 “We make high quality content for that quite tricky age range. In terms of TV, for the 6-to-12s, we make an enormously broad range of content, so, obviously, for the indie community it is fantastic opportunity across the board, with drama, comedy, entertainment, factual entertainment, we do the whole shebang and 80% of what we make is UK originated and 43% is made by indies.

“Our ethos and public service remit make us unique. We have ‘public service’ content that incorporates slightly ‘stealth learning’, which isn’t a turn off for our audience who always manage to laugh along the way. We make brilliant content that reflects our audience’s lives back to them, includes them and gives them lots of opportunities to participate

“We have the My Life strand, and we are boosting that to 15 episodes. Two you should watch are Mr Alzheimers and Me, which took three children living with relatives with Alzheimers and followed their journey, and I am Leo, about an inspiring journey taken by a 13-year-old transgender child – we are the only channel, I think possibly in the world, that would have done those films. 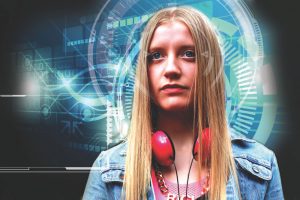 “One thing really proud of this year is we have no less than four live-action shows with female protagonists launched this year: Hetty Feather, Eve, So Awkward and The Millie Show.

“They are all very different – in particular The Millie Show, a sitcom that takes a journey through fragmented families, and the difficulties they face. The CBBC Official Chart Show has also gone down very well.

“Tonally, when thinking about developing for us, really think about participation. In this digital age, kids are like dual citizens; you have a digital and a real life, and all of this TV content helps them to understand their place in the real world and to think about relationships with friends, family and at school. We want to encourage that visceral kind of connection with children.

“We also want to make sure the brilliant TV offering we have for them is mirrored, equalled and perhaps bettered on the digital side of things, and we have a fantastic new team that has joined us in the last few months. Often when people pitch to us they are not aware of all that fantastic interactive activity.”

TBI: Digital is a key focus across BBC Children’s, what does that mean in terms of commissioning plans?

CT: There is an opportunity in games and curated ideas online. Look at the great curated block of content on the website called Animaltastic, which takes a lot of animal clips that are funny and informative. One thing we want to promote in our interactive, is our audience’s passion, whether that is for animals, football or cooking, and I think shortform is a really fantastic way of capturing that. In interactive iTV drama, Dixi did incredibly well for the channel and have a new interactive drama coming down the line called The Secret Life of Boys. Interactive drama is something we want to investigate and see how far we can push that.

TBI: Are you asking producers to make TV quality content at digital budgets?

CT: The two commissioned at the moment high-end, but then with something like Technobabble we are promoting bloggers and new presenters and it is shot in a lower-fi way, so we need to experiment more and I don’t think it will always be the high-end drama budgets for interactive.

TBI: How are you co-commissioning with CBeebies? 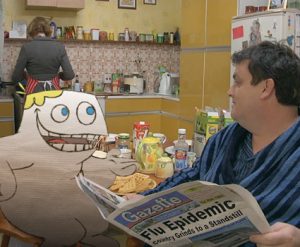 CT: It’s an experimental phase. Funnelling the audience over to CBBC and encouraging that bridging between the channels is something we have been thinking about for a while.

We have a number of things going on, one which Kay [Benbow] and I are delighted with is Little Roy, the mini version of our fantastic Jam Media-produced animation on CBBC. We will see Little Roy getting up to high jinks in the nursery, and then hopefully can then direct the kids straight over to support big Roy episodes (right). It’s a nice brand extension.

We have also got a new origination, from Kindle called Jamilla and Aladdin. We split the commission so we have got 50 episodes each, and in terms of scheduling we will experiment with what the best pattern is, so perhaps you have one on CBeebies, and then if you want to watch the next episode, you hop over to CBBC.

TBI: The BBC Trust, which oversees the activities of the BBC, has suggested that CBBC get two extra hours to reach kids in the wake of BBC Three moving online. What do you plan to do with the extra hours?

CT: Its exciting news for CBBC and have had a lot of reaction from the children community about it. I think the first thing to say is, we won’t be getting any extra money to make content for these extra two hours. I would dearly love to have a few extra million to do high-end drama and comedy shows, but that’s not going to happen. We are going to have to think very carefully about how we can use existing content.

TBI: Have you thought about the specifics of programming those two hours? 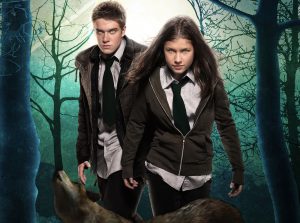 CT: There are a number of ways we could go; we could scoop up CBeebies’ audience and go quite young as we are aware not all kids go to be at 7pm. We feel there might be more opportunities for provision for the 12-15s, and that something we’d like to think about with some of content like Wolfblood (left), The Next Step and Nowhere Boys which skew older.

We have also talked about the possibility of developing family films, and that’s another way to go that might attract family audiences in those extra two hours, but we’d be very keen to hear what people think as well as already had emails people offering creative suggestions, so [producers] should get in touch and let us know your thoughts.

TBI: There was talk of the first hour skewing younger and the second older?

CT: When we put in the bid, as it were, to the Trust as it were, we had long sessions talking about it, but nothing has been decided. With a lot of the work around the ‘Big Digital Plan’ [BBC Children’s boss Alice Webb’s first major initiative], we’re getting insights and information that also will inform our decision.

TBI: What are the specific gaps or commissioning needs at the moment?

The My Life series and that is a great opportunity for producers as we’re doing 15 a year now. They are half-hour docs so please watch the channel and you can see them and the Newsround specials to get a sense of tone, celebrating fantastically inspiring individuals.

TBI: Your background is in comedy at the BBC, what about comedy for 6-to-12s?

CT: We are interested in looking at, and I now this is a difficult one, a long-running relatively low-cost sitcom, where diversity would I think be key – as it is across the board anyway. That is an opportunity.

TBI: What do you need in terms of talent? 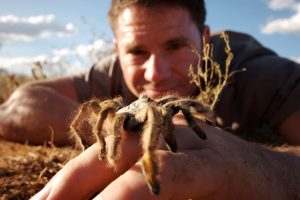 One thing that works really well are really passionate role models, like Dr Chris and Dr Xand van Tulleken from Operation Ouch or Steve Backshall who does Deadly (left). They are effortlessly enthused about their subjects and inspire curious minds along the way, but it is really hard to find those people.