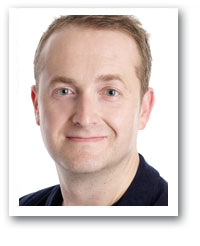 Jon Farrar oversees the programming and acquisitions strategy for BBC Worldwide’s new channel brands, BBC Brit, BBC Earth and BBC First. The executive has had two spells with the BBC’s commercial arm, and has also worked in programming at Viacom and NBCUniversal. Here he outlines his latest buying plans

TBI: What is unique about the BBC Worldwide channels and what should buyers know in advance?

JF: The channels – BBC Earth, BBC Brit, and BBC First – are designed to showcase the flourishing of British creativity around the world over the last few years. Whilst much of the pipeline comes through the BBC, we also want to represent the best that the UK has to offer. These are designed as premium channels, able to cut through because the content is both absolutely unmissable and because we have strong windowing, built around first run.

TBI: How are the new channel brands different to the previous group of networks?

JF: We took as our starting point where is the BBC at its pioneering, world beating best and where does that meet audience demand? We alighted on three broad content areas – natural history and science, factual entertainment, and drama. These brands have a tight editorial focus, built around the traditional strengths of the BBC’s pipeline as well as the best of British from other suppliers, and will be the driven by first-run content that will be also windowed with our partners.

TBI: Should producers and distributors be seeking out acquisitions people at a local level or is buying handled centrally? Who are the key buyers within your team?

JF: Our acquisitions are handled centrally from our London office so producers and distributors should seek out this team. Our head Of acquisitions is Katie Benbow, who is currently on maternity leave and Richard Acton is acting in the role until her return later this year.

TBI: When are the key times during the year you commission or acquire series?

JF: We are looking for content all year long – we have a rolling model. Channels like ours need to be disruptive, finding opportunities to make noise outside of the normal seasonal rhythms. Therefore, we take an opportunistic approach and ensure we manage our budgets to be nimble and fast turnaround if the right shows appear.

TBI: What are the key slots for your channels and why?

JW: Whilst we buy for primetime (usually 10pm), the shows we acquire here need to enhance the reputation of the BBC and, more generally, UK creative content, so we are really looking at best in class examples that are big reputation builders for us. However, the holy grail is access prime. This is the ratings battlefield for all our channel brands and we are actively looking at big, established series that we can tease away (for example, see Comedy Central’s great Friends strategy) or exciting new projects that will very quickly accelerate up into high volume shows.

TBI: How much of your content comes from the BBC? Are there quotas?

JF: A very high proportion comes from the BBC, but we are interested in the best that the UK has to offer, whoever the originating broadcaster.

TBI: You’ve recently announced a coproduction with Channel 5; are you looking at more innovative ways of commissioning?

JF: Absolutely. We have commissioning teams, based in London, for both BBC Brit and BBC Earth who are looking at various models for content production. Given that our channel brands don’t have a UK footprint, it makes sense to prioritise partners who are looking specifically at acquiring UK rights, but there are many models we can follow and we are creative and pragmatic in our approach.

JF: Generally we take a pragmatic approach rather than sticking rigidly to one particular model. We’ll work with our partners to find different routes through. That said, as our global footprint expands we are becoming increasingly interested in securing pan-regional deals for key shows. Whilst each our regional editorial teams bring their own flavour to the schedules, there are some shows that we will target to represent the channel brands globally.

TBI: What are you really looking for at the moment, is there a genre or specific type of programme you have on your shopping list?

JF: We are able to secure a great pipeline through BBC Worldwide at market rates, so our strategy is always to look at how we can complement this, rather than replace it. This usually means one of two things – either a big reputational piece that represents the best of its genre, or a show that delivers in much higher volume than we would expect from the BBC. Certainly series length is really important to us, particularly in factual entertainment. Both BBC Earth and BBC Brit are targeting shows in this genre with ten-plus episodes per series that have the standout characters, brilliant storytelling, and ambition you would expect from the UK. Interesting areas are adventure and survival, making sense of modern life, and clip-based comedy formats.

JF: South Africa is a really interesting market for us. Our channels have a very distinctive and strong position there, with less free-to-air competition for British content than our European markets. This means we often have a broad slate of shows to choose from and our schedules are flourishing with the best that the UK has to offer, which in many genres means the best anywhere in the world.

TBI: Are you interested in acquiring drama, or is this mainly piped through the BBC?

JF: Yes, absolutely. Although BBC First, our drama channel, is mainly driven by series that come through BBC Worldwide, we have budget to acquire big third-party shows. It’s such a rich market at the moment, so we are looking for titles that really add value to an already world class slate. This usually means globally recognised talent and the critical acclaim to represent the ‘best of British’. High concept, ‘addictive’ drama is always interesting but we are also keen to pick up softer titles, particularly with a crime focus.

TBI: What is the single most successful acquired show across your channels?

JF: We’ve struck gold a lot, but I would pick out Downton Abbey as a really good example of what we are looking for. It’s a series that combines critical and ratings success, and represents the best of its genre, anywhere in the world. We like awards and we like big audience numbers – Downton has been able to deliver both.

TBI: What acquired shows will you launch in the next few weeks/months?

JF: Great examples of the shows we are looking for with each brand are Partners in Crime for BBC First, Bad Robots for BBC Brit and Escape to the Wild for BBC Earth. All these will be launching across some of our markets in the next couple of months.

TBI: What types of on-demand rights do you require?

JF: Our affiliate partners all have different needs and although we look for the standard array of catch up and SVOD rights, we may dial up or down depending on market and the requirements of our partners.

TBI: What sorts of windows are you buying for?

JF: These channel brands were designed to be the home of first-run content so this is really important to us. But we also recognise the importance of partners, particularly free-to-air, to build programme brands with us so we do look at various windowing models.

TBI: What is the key challenge facing buyers in today’s market?

JF: It’s a fluid, fast changing market, but for a buyer of UK content the consolidation of smaller independents into big distributors is a challenge. A smaller pool of key suppliers means we are having to fight harder for pricing and rights. It makes it ever more important that we really work hard to build fruitful partnerships with certain suppliers, and that we use the abundance of great content out there across different independents, particularly in terms of drama, to keep deals favourable.