TBI: The Muppets has got the international business excited. What can we expect from the show?

ME: We’re really excited to see The Muppets return to primetime TV. The format is still kids- and family-inclusive, but it is much more adult-skewed and certainly has more of a twist to it. What’s great is the incredible writers and execs – Bill Prady from The Big Bang Theory and Bob Kushell from Anger Management – and we can’t wait to see what they can do with this property.

TBI: How does it sit tonally?

ME: It’s not often you get the chance to take something with such heritage and modernise it for today. Think of Modern Family and how they made that with a mockumentary style with classic dual-level humour. Galavant and Black-ish were two shows that did really well on the network. Galavant in particular was described to me by buyers as a ‘guilty pleasure’ – the Spamalot element. We’re absolutely delighted to have both of those returning. The more episodes we get for comedy the better.

TBI: Tell us about the Uncle Buck reboot.

ME: Those of a certain age remember the movie, though this one is a fresh take on it. Buck is an irresponsible man-child whose girlfriend kicks him out. He gets a call from his brother who has three kids, and agrees to look after his kids, whom Buck describes as ‘demon children’. What we’ve seen so far looks great. [Lead] Mike Epps has the comic chops for it. 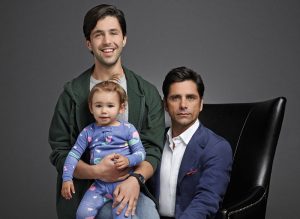 TBI: Elsewhere, John Stamos is playing the lead in Grandfathered for Fox.

ME: John Stamos has great credentials and has a lot invested in this as an executive producer. It is supposed to be him playing a version of himself – he’s a charismatic guy who does well with the ladies, but finds out that he’s a grandfather. The dynamics could be fantastic there. Family comedies like Home Improvement just play and play and play and we’d be delighted for a really successful network comedy with this one. 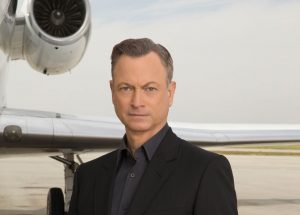 TBI: Should buyers be excited by the prospect of another procedural in Criminal Minds: Beyond Borders?

ME: All studios are always under demand to create more top-quality procedurals with an international flavour that can connect at a local level and with the American production values. Criminal Minds has been a massive consistent success, so having this one with Gary Sinise [as lead] means we’re really excited. There will be a lot of excitement around this, especially from buyers that already have Criminal Minds. 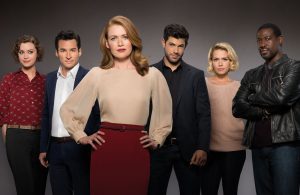 TBI: It’s not a new season DMD slate without a new Shona Rhimes show. How does The Catch work alongside her other shows?

ME: There is no much thing as too much Shonda. I don’t know how she keeps doing it, but she keeps doing it. She is on an incredible streak of creating glossy, sassy dramas with intelligent dialogue. How to Get Away with Murder is the number two new drama in the States and has been getting great traction across Europe as well. Greys continues to play well and then there’s Scandal as well. It’ll be interesting to see where ABC thinks about scheduling The Catch. It has that real seal of quality that everybody wants.

TBI: There are also darker shows on your slate this year.

ME: Quantico is one really intriguing story. It has a great looking cast, has a very serious story thread and the storyline flashes back and forwards. Blacklist did very well – there’s no question about that – and if we could get a similar level of success we’d be pleased with that. With all of these things, it comes down to the quality of the writing and it has to be driven by character.

TBI: And ABC is looking to get in on the faith-themed drama trend with Of Kings and Prophets…

ME: We think it is going to be much broader than that. It’s currently in production in South Africa so we’ll share more as we see it. The show is all about the saga and story and how the classic themes play out. The focus has been on the writing and acting and not on the faith component. There’s whole lot of action, ambition and themes like betrayal. Ultimately, if something looks strong and plays well, there will always be buyers. It’s definitely going to be one that creates a lot of buzz, and the Ray Winstone connection is going to be important, certainly to UK buyers. 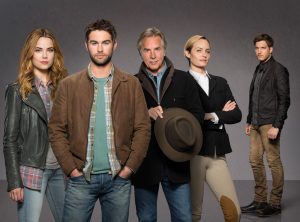 ME: There’s going to be a lot of buzz around it. When we talk to our buyers they are less and less concerned whether it is network or cable as long as it has the right qualities, stories, acting and auspices. That has been a consistent theme of evolution in the last couple of years. When you think about the breadth of programming this year –Galavant to American Crime to Agent Carter to Secrets and Lies – there was a whole range of shows. Shows are being commissioned at different times in the year, they’re not all 22 episodes, and there are tougher shows than you might expect from a network. Massive kudos to Paul Lee and his team for that. This one has Don Johnson, and having watched it over the weekend he looks great. It’s a modern take on an oil rush and how that influences people’s behaviour. 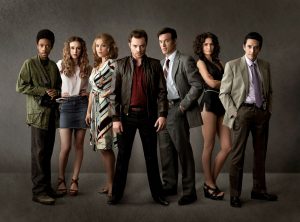 TBI: Wicked City also feels like it has a cable vibe about it.

ME: Wicked City has a story that will be resolved like American Crime. This has got a great eighties soundtrack and is set on the Sunset Strip. It’s very cool, but quite gritty as well.

TBI: It seems medical dramas are back in fashion. What makes your effort, Code Black, stand out? 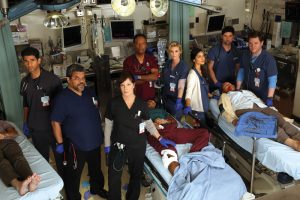 ME: We don’t want to give it the commentators’ curse of the new ER, but it would be nice, wouldn’t it? We hope it gets the time and space to grow its own identity, and for it to not have that weight on its shoulders. The premise is great. It is based on a hospital featured in a recent documentary; the development demonstrates great lateral thinking. This particular hospital has 300 ‘code blacks’ [the most critical medical emergency] a year, compared to the average of five. What is does is establishes the best training ground for medics. The show is going to be very pacey and we’re confident it’s going to be great traction. David Semel is directing it and again the auspices are fantastic.