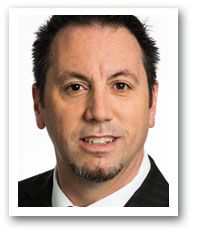 CraveTV launched in Canada last December in the fiercely competitive local SVOD scene that includes Netflix and Shomi, which is owned by cable giants Rogers and Shaw. Here, MIke Cosentino tells TBI about Bell Media-backed CraveTV, its programming deals with the US studios, and how content is split into 22 content categories

TBI: You are still only a few months in, but what can you share in terms of what is really working with your subs?

MC: Big programme franchises are perfect for CraveTV; serialised drama is the clear favourite, analytics-wise. One of the surprises and one of the categories that punches above its weight has been music. We have music docs, concerts and collections and they’re doing really well. The Python content (pictured below) is also getting attention, and Tom Hanks doc The Sixties is also doing very well.

TBI: Earlier this year you did a deal with CBS that allowed you to create a Showtime block, how significant was that?

MC: The Showtime deal was a game changer. We announced on the Sunday during the Oscars, the biggest entertainment show there is, that there would be a Showtime collection on CraveTV on the Monday, with hundreds of hours of Showtime’s best series including Ray Donovan (pictured left) and Nurse Jackie among others. It sits on CraveTV with Showtime branding, next to HBO.

TBI: So it is clearly branded within CraveTV?

MC: Yes. We have three brands, HBO, Showtime and Discovery, which also includes Animal Planet. I think there is a real opportunity for us to have these brand collections.

TBI: You seem to be working closely with the Bell broadcast and cable channels, either providing a preview, or setting up the launch of new seasons of a show on a linear service by adding earlier seasons on SVOD.

MC: We offer a full menu through [the combined offering of] CraveTV and the linear channels, and that is an opportunity that is unique to us. If you haven’t seen [Fox-distributed horror series] Salem and you find, and love, season one, you can then have a way to watch season two on Space. There is a first look for Saving Hope on CraveTV before the TV premiere.It’s really all about a windowing strategy and that’s a conversation we have internally; with original production we’ll ask, ‘should it window first on CraveTV or one of the network or cable channels?’.

TBI: You have struck a lot of content deals for CraveTV. Does that mean you are pretty full inventory-wise for the time being? 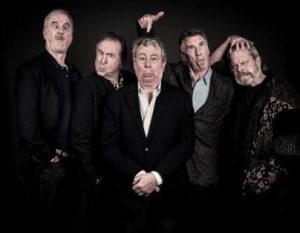 MC: At launch we had 6,500 hours and now that is up to 8,500 and will soon reach 10,000. We have enough content to keep launching original programming until mid-2016, but I have the greenlight from Bell Media to acquire more and we look at [acquiring] programming all year round. Now I can be a sniper, and be very judicious.

TBI: It’s a TV service, you don’t have features and you also do not have kids content unlike other big SVOD services. Will that change over time?

MC: The focus was to launch with TV content, but we’re keeping our eyes open and looking at other possibilities. Kids and movies aren’t a focus today, but we could look at them if we thought it made sense.

TBI: Which major TV markets will you and the team attend?

MC: We will be at MIPCOM, but not MIPTV.