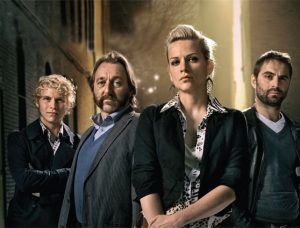 The highlights include cop series Code 37 (pictured), which follows a female detective leading a sex crimes police unit, went out on VTM in Belgium where it ran to three seasons.

More noir titles will be added through the rest of 2015, Attraction said.

Hitherto, the distributor has specialised in sales of family features and kids shows.

Xiaojuan Zhou, president of Attraction Distribution said: “For two decades we have been working with the best filmmakers in the Netherlands and Belgium. This year, we expect to present a couple of more series under the label.”

She added: “To us, Benelux Noir represents thrill, imagination and sensation that Belgian chocolates are often credited for.”