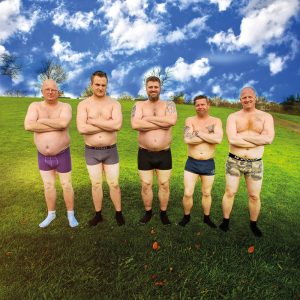 Red Arrow International is bringing Real Men to MIPTV. The show has proved a hit on DR1 in Denmark where it averaged over one million viewers, 80-85% above its slot average.

The series hails from Danish production collective Fjernsynsforeningen. The show casts five out of shape guys, who train together before competing in a triathlon. As the group bonds and the camaraderie builds, the five are put through their paces by a personal trainer and face a physical challenge at the end of each episode.

The participants on the show are weighed and measured, but in many ways, the show is the antithesis of a weight-loss competition format like The Biggest Loser.

The participants do not directly compete against each other, but are tested weekly as a group. For example, after an episode in which they have been training on bikes they are entered into a bike race – against a group of (super-fit) pensioner cyclists.

“Each of the [weekly] challenges has a little twist,” Gamsu says. “The guys are out of shape but still competitive, and what you get are these everyday heroes.”

The Danish participants became stars at home and there was huge social media interest in them and talk show appearances.

Equally, a commercial channel could have an all-out entertainment version of Real Men and cast it accordingly.

Heading into MIP, Gamsu says there is a demand among buyers for lightly formatted, authentic shows like this.