The enormous distribution group created by the merger of Endemol, Shine Group and Core Media is taking shape, with a raft of new appointments, executives leaving the business and former staffers turning up elsewhere. Here are the key appointments at the new super group. 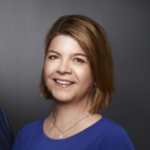 Endemol Shine Group has been shaping up under CEO Sophie Turner Laing (pictured left) following the completion of the merger of three of international TV’s largest players – Endemol, Shine and Core Media Group. Her first major appointment was Tim Hincks (below right) as president of ESG.

Ana Langenberg will head up global format sales, while Shine Network boss Lisa Perrin has been named managing director of Endemol Shine Creative Networks, which combines Shine Network and Endemol’s creative operations division. Iris Boelhouwer is exiting the latter as a result of the merger. 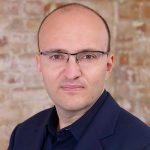 In France, Endemol’s and Shine’s operations will remain independently operated and be run by Nicolas Coppermann and Thierry Lachkar respectively – currently the only territory where this structure is being employed.

Elsewhere, Endemol’s CFO, Edwin van Es, will take up the same role within the new group, with Shine finance director Tom Fussell will step down in 2015 as a result. Boudewijn Beusmans becomes Endemol Shine’s group commercial officer having been chief legal and business affairs officer at Endemol. 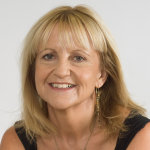 Cathy Payne (pictured) will lead ESI as chief executive, overseeing a combined portfolio of 38,000 hours of owned and third-party programming across scripted and non-scripted.

Elsewhere, Kirsten Cargill and Lisa Higginson will remain as senior sales director and sales director for Australia and New Zealand, respectively. Both work out of Sydney.

Meanwhile, a sales director will be appointed for Asia. They will work out of Singapore and report to senior sales director Rashmi Bajpai, who is based in the new Mumbai office.

She has been hired as senior VP, scripted, and will report to FremantleMedia International CEO Jens Richter and FremantleMedia’s director of global drama, Sarah Doole, whom she previously worked with at BBC Worldwide.

The new acquisitions chief will be joined in London by John Richards, who has been named chief financial officer, and Jan Rowland, who becomes head of operations.

ESG’s key titles include Broadchurch, Big Brother, Deal or No Deal, Peaky Blinders, Hot in Cleveland, MasterChef, 24 Hours in A&E and One Born Every Minute. 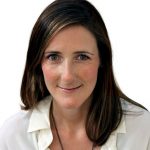 Lucinda Hicks (pictured) has been appointed chief operating officer. She has been upped from managing director of Dragonfly, the UK prodco that was part of Shine and is now one of the production banners in the enlarged Endemol Shine operation.

Hicks will work with Johnston and Church to support the group’s UK-based production companies. She has been jointly running Dragonfly with Mark Raphael for the past two years and before that was in charge of business development at Shine and Shine Nordics.

Raphael has assumed sole leadership at Dragonfly, which counts One Born Every Minute and Extreme A&E among its credits.

He takes up the post this month and will report to Electric Ray co-founders Karl Warner and Meredith Chambers. Parry was head of entertainment at Endemol UK, overseeing shows including BBC’s Pointless and ITV’s The Whole 19 Yards.

Another programming exit to exit the group is Shine TV’s Claire Morrison, who has joined ITV Studios-owned UK prodco Potato in the new role of head of development. She held a senior development executive role at Shine TV.

The shape of the Endemol Shine Group’ Nordics business is notable for being the one part of the global group in which former Shine execs largely assume the key posts, reflecting the strength of Shine in the region. 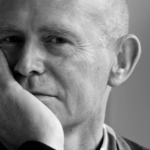 Endemol Nordics CEO Porseryd is leaving after a transition period and his post will be discontinued. Furthermore, the Endemol Nordics brand, which has been in use since 2010, is being withdrawn, along with a trio of subsidiary labels – Endemol Denmark, Endemol Finland and Endemol Norway. Their businesses and programmes are being subsumed into Shine Nordics prodcos and Endemol Sweden, which produces Kanal 5 drama Gåsmamman.

This means Endemol Denmark managing director Rikke Missen and Endemol Norway MD Eric Linschooten will leave after a transition period. Porseryd oversaw Endemol Finland, which was a small production operation that staffed up when necessary. 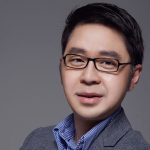 Viacom’s William Tan has been hired to run the group’s new China operation with the CEO of its wider Asian operations, Arjen van Mierlo, exiting. Tan joins from Viacom International Media Networks and will start in the new role in April, the same month that will see van Mierlo exit the business.

Under the new Asian configuration, Fotini Paraskakis, managing director of Asian operations, will remain with the company with a particular focus on Southeast Asia. She joined Endemol from FremantleMedia in 2013.

The restructure of the Asian business is set to continue with Endemol Shine saying further announcements are in the works.

Endemol Shine China has Beijing and Shanghai bases. The group recently announced it was moving its Hong Kong operations to mainland China and Singapore, and it also setting up a production hub in Singapore.

At group level, the company has merged its creative networks units and split out formats distribution. Endemol’s Iris Boelhouwer will exit as a result, having previously been managing director, creative operations. She has decided to leave after she oversees the integration of her old division with Shine Network, Shine’s formats development unit.

Boelhouwer first joined Endemol in 1994 and has held various posts, including executive producer and creative director of Endemol Netherlands. She also spent five years at Dutch broadcaster SBS, and has been MD of creative operations since 2010.

A newly-combined Amsterdam-based creative team, Endemol Shine Creative Networks, will be led by Lisa Perrin, who was previously MD of Shine Networks. Perrin will report to ESG president Tim Hincks.

Format sales and acquisitions are being split out, with Ana Langenberg taking on a bigger role as global head of format distribution. She will report to ESG group commercial officer Boudewijn Beusmans.

Langenberg’s team will operate separately to Payne’s ESI, which handles finished programming, and will focus on international sales and acquisitions of scripted and non-scripted formats, as well as supporting the roll-out of formats in territories where ESG has local prodcos.

Perrin joined Shine in 2009 as creative director of UK subsidiary Shine TV. She had previously worked at Endemol, its subsidiary Tiger Aspect Productions, and UK broadcasters UKTV and the BBC.

Langenberg first joined Endemol in 1998, working her way up the formats business to become distribution chief in 2010.