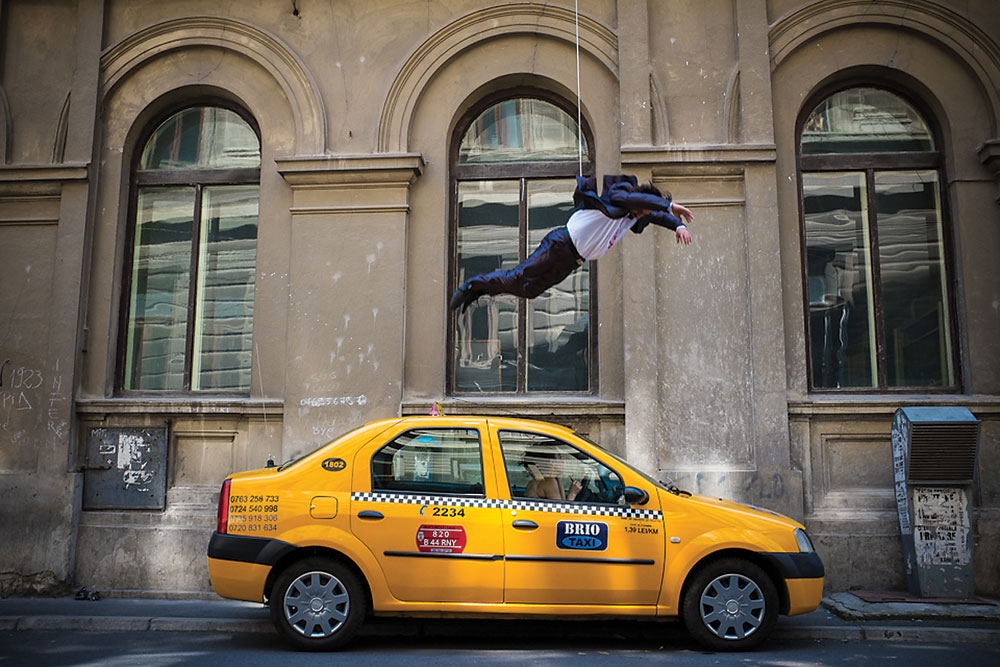 HBO Europe has made a concerted push into both the local scripted and non-scripted markets. Jesse Whittock heads to Bucharest to hear about its drama series Umbre and future programing plans from executive VP, programming and production Antony Root

Dangling metres above a yellow Bucharest taxi and suspended by a thick metal cable, the stuntman braces himself as the local camera crew below him move into place and the director gives the order. The stuntman free-falls down onto the taxi, with multiple cameras capturing the heavy landing.

The crew is filming Umbre, HBO Europe’s latest scripted drama out of eastern Europe. Since producing a Polish version of In Treatment in 2010, production values have  been fast improving, says HBO’s VP, original programming and production Wayne Henry.

In Romania, where Umbre, a remake of Australian crime drama Small Time Gangster is being created, Henry says TV producers are beginning to reap the benefits of a highly-developed film industry. “The underlying thing is we have good standards of professionalism. With Umbre, we have taken the essence of what could be the standard television series and made it more filmic.”

HBO is coproducing the 8x45mins black comedy, which follows a Bucharest taxi driver who wants out of his double life as a debt collector for the mob, with local prodco Multimedia Est. Screenwriter Bogdan Mirica, who HBO Europe executive VP of original programming and production Antony Root describes as an “absolutely wonderful talent”, penned the scripts.

“I have a commitment to growing the cadre of screenwriters amongst the people we meet,” says Root (pictured below), the former Sony Pictures Television drama exec who has been with premium paycaster HBO since 2011. He plans on “building up a generation writers who can then write originally for us at the level and depth we would expect from an HBO project”. 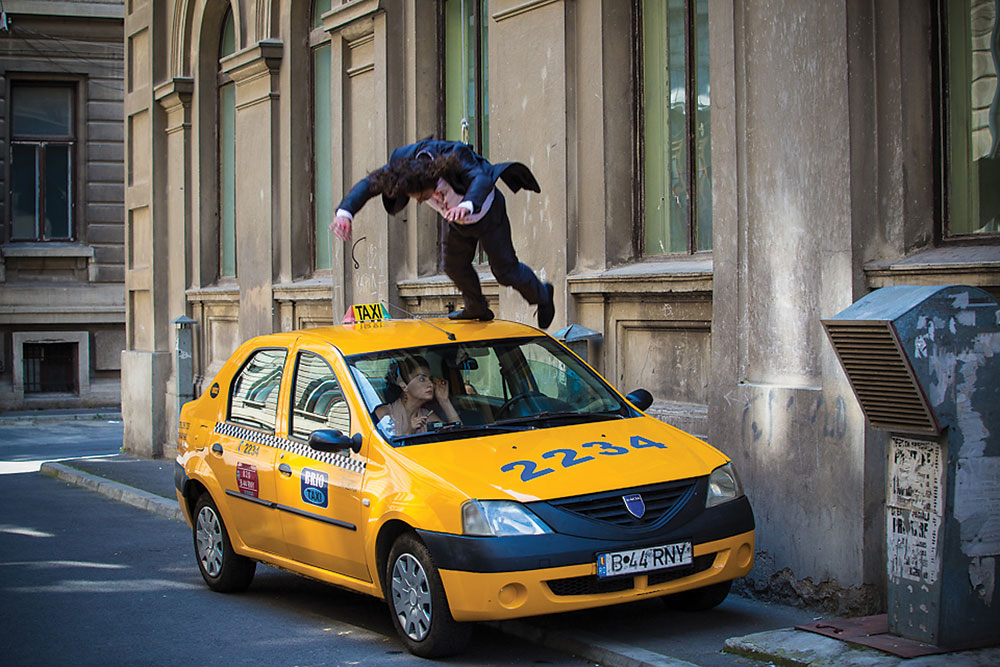 At this stage, HBO Europe has primarily commissioned long-form scripted dramas in Poland, Czech Republic, Romania and Hungary. Root says this has been “a little out of necessity” because of there being few TV screenwriters available, but adds: “We will grow over time.”

These dramas are various versions of Israeli-created therapy drama In Treatment, two remakes of Shall We Kiss, and now Umbre. The latter came from Australia’s Boilermaker Burberry via distributor DRG Formats, and will broadcast on HBO Romania in early 2015.

HBO Europe’s biggest success to date is, however, an original story. Burning Bush, the three-part miniseries about Prague student Jan Palach who self-immolated in 1969 in protest at the Czech communist government, was produced by Nutprodukce and had Germany’s Beta Film attached as distributor.

It was nominated for a Foreign-Language Oscar and marked a step-change in both the scale and ambition of HBO Europe drama.

Another Europe-originated series – and HBO Europe’s first original drama series – Wataha (The Pack, WT), launches this year. The six-part crime drama has been shot in the Bieszczady mountains on the Ukrainian-Polish border and follows a events after a group of border guards is mysteriously attacked. While the writing team is Polish, British writer Julie Rutterford (Shameless) was drafted in as a co-writer.

Root plans for the pendulum to shift from formats to local scripts as HBO Europe moves forward. “It is an absolute ambition that should happen, though not exclusively,” he says. 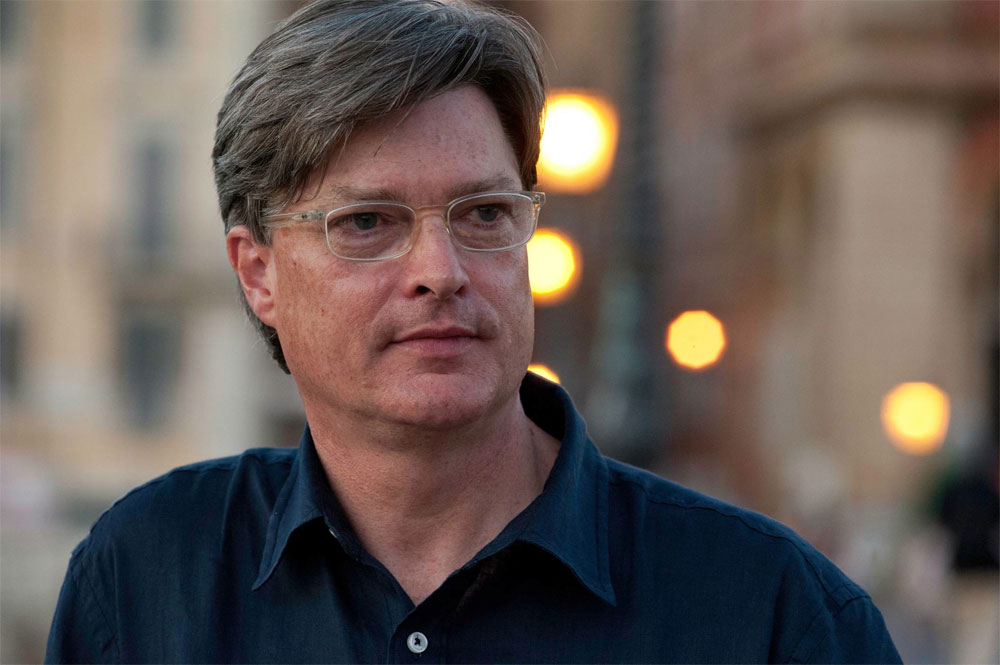 Root notes that even within those scripts it has licenced there has been origination. “People take original material and find new ways of reinventing it. In Treatment in Poland saw three of the five episodes from the last season written originally.”

HBO’s push into European production markets comes as its parent, Time Warner, ups its own efforts in the region by recently taking control of broadcast group Central European Media Enterprises.

Root says it is vital HBO is not seen as a “visiting American company that comes in, does a show and gets out again”.
He adds: “We need to be part and parcel of the ecology of the country we are in, so I would not be in favour of taking advantage of a tax break in the UK [for example,] to shoot a Romanian-language series.”

True to his word, each of HBO Europe’s original productions have been entirely produced within the country in which they were commissioned. That said, a UK-based exec, Steve Matthews, has joined to offer further support.
The wider point, Roots says, is that HBO Europe is entirely standalone from the US mothership “other than premiering new shows day-and-date”.

Root says: “We develop these shows, [my local country managers] put together the budgets, and then I tell [HBO Europe CEO] Linda Jensen that we really have to do them. She knows how much money we have, greenlights them and off we go. It’s an enormously privileged position to be both the buyer and the seller.”

HBO is a seller – its programme sales unit operates out of the US, selling premium series including Game of Thrones, The Sopranos and True Blood. However, Germany’s Beta Film sells Burning Bush internationally, while its In Treatment remakes haven’t been pushed on the global market.

Root says there is no “grand principle” for distribution. “In the case of Burning Bush we felt for a number of reasons, not least the fact [Beta founder] Jon Mojto is a Czech and runs a company with a very strong history of distributing foreign-language films, which made Beta a good choice. We’re not about to announce a blanket distribution deal with anyone any time soon.”

However, landing a HBO Europe title on the American HBO premium cable channel is a key priority for Root, at least on a personal level. He says: “We’ll soon be able to talk about a couple of things that are coming out and are amazing. From my own personal goal sheet, we’ve got to do a series that the Americans buy for HBO. If I do that I’ve earned my money.”