MGM will launching A.D., Mark Burnett’s upcoming follow-up to his US ratings smash The Bible (pictured), at MIPCOM.

The US studio took control of Burnett’s production and distribution companies last month and has added their titles to its roster.

The MGM deal saw it take control of One Three Media and LightWorkers Media and fold them into a new (MGM-controlled) joint venture with Burnett and Hearst, United Artists Media Group (UAMG).

The deal means that formats including The Apprentice and Are You Smarter than a Fifth Grader are added to MGM’s catalogue, as well as scripted miniseries The Bible, which played on History in the US.

The drama highlight for MIPCOM is A.D., the twelve-part follow-up to that miniseries. It will bow on broadcast network NBC in 2015. 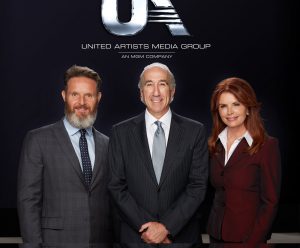 “We are always excited to bring MGM’s premium film and television content to MIPCOM, but we are anticipating this year’s market to be even more successful with the integration of content under the new UAMG venture,” said Chris Ottinger, president, international television distribution and acquisitions, MGM.

He added: “Mark Burnett and Roma Downey are the preeminent producers and creative leaders in the world of scripted, unscripted and faith-based entertainment, and we couldn’t be more thrilled to lead off the market with sales for A.D.”