Objective Productions Bafta-winning ‘Head of Magic’ Anthony Owen writes about the experience of capturing Derren Brown’s hit UK live tour ‘Infamous’ and the challenges of filming the impossible for TV. 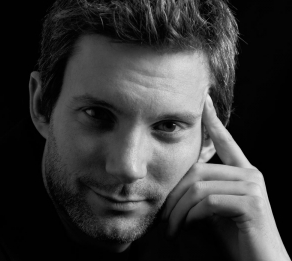 Filming magic for is a unique challenge unlike any other form.

The 21st century viewing audience is now so familiar with the artifice and techniques of programme making and so sceptical of filmed magic that I feel my primary role is to confront that head on and ensure they appreciate what they’re seeing was accomplished via the magician’s skills and not through the trickery of television.

Throughout my 25-year career of making TV magic shows with magical stars from Penn and Teller to Paul Daniels I’ve always delighted in working with magicians – like those three – who are great live performers, capable of making an audience witness the impossible through their magical skills and not ones which have been created in a post-production suite.

For me that live audience has always been the best evidence for television viewers that the magic they are seeing is happening in real time in the real world.

And for the past fifteen years I’ve been incredibly fortunate to work with Derren Brown, one of the world’s greatest magicians. Derren remains at the top of his game in the live environment, baffling his sell-out audiences in theatres across the UK.

‘Infamous’, Derren’s sixth live show which we’re produced for television, is in many ways his most personal and stripped back. It has the feel of an ‘unplugged’ music gig.

However, it still remained more complex to capture than a stand up comedy or music performance. This is due to the unpredictability of the many unsuspecting members of the audience who are central to the action and always capable of doing the unexpected.

For this reason we always film Derren’s show on two consecutive nights ensuring we capture every key reaction, reveal and interaction and we also ISO record every camera shot.

This recording of two nights also gives us an additional security blanket because the selection of the audience participants is genuinely random and on occasion Derren’s material can include the reveal of personal details about audience members.

While the live audience of ‘Infamous’ at the Grand Theatre in Leeds knew they would be attending the recording for television there’s always the possibility that they may not be happy afterwards for themselves or their information to be broadcast. In reality – as always – everyone was very happy to be included, but it is certainly good to have two options so that I know we don’t have to rely upon this.

Derren’s shows are always a joy to capture because he and his longstanding stage director and collaborator Andy Nyman make such creative use in their staging of projection and on stage close up cameras.

It certainly feels as though Infamous is their most visually spectacular and yet most intimate to date. Being able to make use of those cameras and place the television viewers right next to Derren on stage and still leave them baffled is a testament to his incredible skills as a magician.”