Amazon has launched five new pilots and is asking its Prime Instant Video subs in the US and UK to vote and comment on the quintet of new shows.

Amazon will solicit the thoughts of customers ahead of selecting which shows will be taken to series. Votes and comments are elements in the selection process, with Amazon executives making the final call. 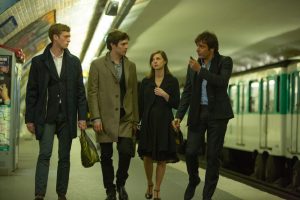 “We’re delighted to bring Amazon customers the work of these passionate and talented creators and are excited to get customer feedback,” said Roy Price, director of Amazon Studios.

The line-up for Amazon’s third ‘pilot season’ includes dramas and comedies and rom-coms.

Filmmaker Steven Soderbergh and Eastbound and Down producer David Gordon Green are on board Red Oaks (pictured), which follows a tennis professional at a well-to-do 1980s country club in New Jersey.

Billed as a coming of age drama comedy, Craig Roberts (Submarine) and Paul Reiser (Mad About You) will star. 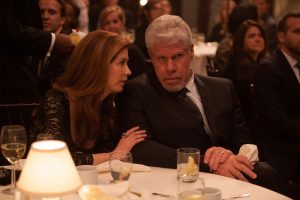 The Cosmopolitans will star Adam Brody and Chloë Sevigny in a story about a group of young American expats looking for love in contemporary Paris.

It stars Ron Perlman as a hard-living, law-bending judge who suffers a breakdown and goes on a vigilante quest to find a rapist who tore his family apart.

Hysteria follows a neurologist, played by Mena Suvari, investigating a strange illness that is spread through social networks and other technology.

Amazon has greenlit a raft of original programmes for Prime Instant Video via its pilot system and regular commissions.

It has yet to replicate the success of its chief rival Netflix, which has had breakout hits House of Cards and Orange is the New Black.