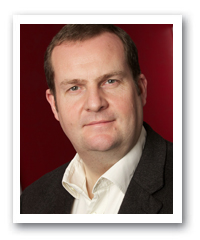 Nick Thorogood commissions all Scripps Networks International’s food and lifestyle programming across its EMEA channels. Operating out of the US cable network operator’s London office he leads programming strategy and works with local talent to find internationally-transferrable shows. Thorogood was formerly with the BBC, and has worked in senior roles at Channel 5, ITV and UKTV.

TBI: Tell us about your current programming strategy.

NT: What we’ve been trying to do at Scripps is take the world-class programming from the States and complement it with our local commissions. We’ve had some tremendous success with a small team and limited budget. The local commissions have done well on schedules and served their role, which is not just to create great viewing but to get some diversity in terms of the kinds of food, places and talent we bring on-screen.

TBI: You’ve recently announced investment in a pair of emerging chefs, Siba Mtongana and Reza Mahammad. What does this tell us about where you are now?

NT: We’ve always had a diverse group of chefs, but we’ve now been able to take that one step further. In the past we’ve had people such as Jonathan Phang, who has extraordinary heritage in the Carribean, or the presenter Jenny Powell, whose family is from South Africa. Reza and Siba are two people who absolutely epitomise what we’re trying to achieve to represent different people and different cuisines on screen. Therefore, we’re doing a second season of Siba’s Table and a third season of Reza programming.

TBI: What format will these shows be in?

NT: Siba is getting a follow-up to Siba’s Table and another one separately that’s more set in the kitchen and as a how-to show. We’re fully developing the idea for at the moment.

TBI: What was interesting about Siba?

NT: Siba was a chef who had very limited exposure on television in South Africa. We discovered her sitting on a sofa in a hotel lobby at a fashion parade of chefs, and I like to say we were proved right on her, because not only has the show done extremely well but Siba’s Table was the first show we managed to get back on to the Food Network in the US. 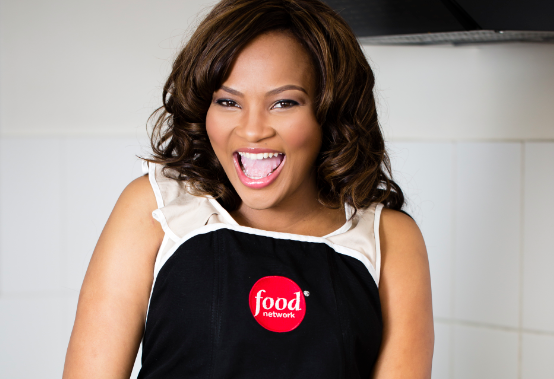 TBI: And your new shows in the Reza: Spice Prince franchise?

NT: These are Reza: Spice Prince of Thailand and Vietnam. As an on-screen presence he is an explosion in a colourful factory of fabulousness. In this show he has the opportunity to travel through these countries having amazing adventure along the way such as going to Halong Bay, where you get that iconic image of the sun rising across the bay. We’re in the middle of production at the moment. Reza’s Africa Kitchen was best performing series in UK in new titles in 2013.

TBI: Why is it important to have local chefs on your cooking channels?

NT: At a time when there is so much discussion about diversity on screen, it’s great we’re bringing a range of difference faces and backgrounds on screen. We’re always going to be looking for new talent. It’s very hard to break a new chef. Even big, established channels have had trouble breaking new chef.

TBI: So what is key to making sure they work?

NT: What we find with talent is we need them to appeal to the audience, help us by showing that we have relationships with our affiliate countries like Siba in South Africa, and as brand ambassadors. In Poland, we’ve worked with Ava Vakovic, whose show we acquire for the channel. We also worked with Thomas Schafernacker, who is a BBC weatherman who has a great love of Polish cuisine and is bilingual.

TBI: What kinds of programming don’t you want pitched?

NT: We don’t more of what we have. We have established on-screen talents for that and there will definitely be new people to go along with them. One of the great joys of food world is there are always new talents emerging. We don’t want the ‘new…’ anyone. 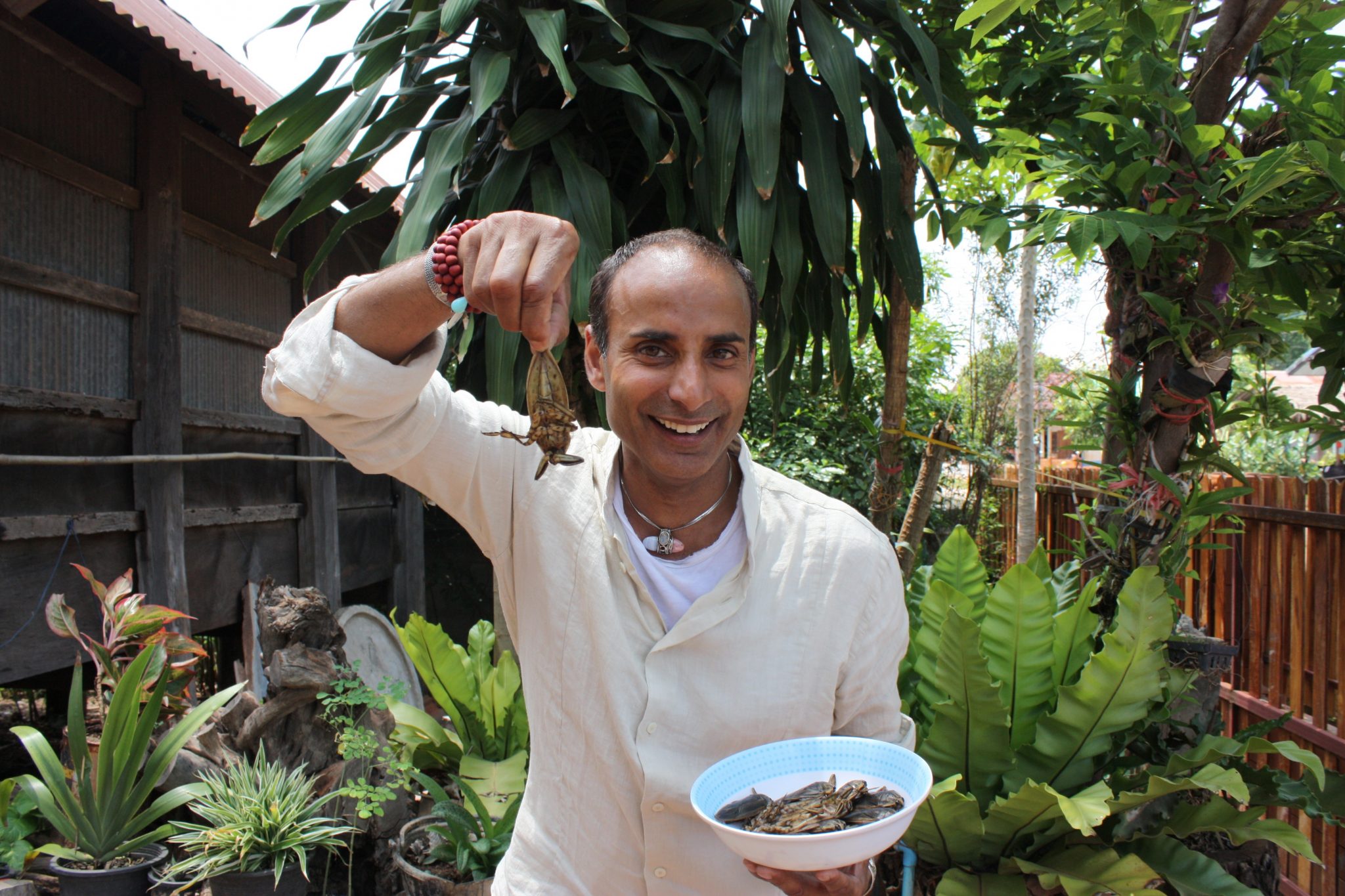 TBI: How do you work with indies, and what are your terms?

NT: Certain types of indies are better to work with us than others. We need to retain a lot rights and that is part of the deal if you want to work with us. We also need people who make the process a joy. We are a small group of people, our budgets are not tiny by any means but not huge, so you have to engage with us in a collaborative process. We believe that way we can deliver world class content at a reasonable price.

NT: The original idea for Scripps Networks International was to mirror to US business, which has a library of 10,000 hours. When we do original production the cost differential is huge compared to archive, so we have to justify that we can really make every penny of that work for us in every territory. With a show like Reza, there’s a great brand that works brilliantly on food, involves a great personality, and at the same time sits brilliantly on the Travel Channel by showing different parts of the world. By trying to be clever how we commission and create these shows, we can let them work hard on all channels.

TBI: How do you run these shows?

NT: Clearly we have to window them and let all the viewers know Food Network is the home of some talent and Travel Channel on others – Jonathan Pang is face of Travel Channel in EMEA, for example.

TBI: Are you interested in digital platforms as a space to find talent?

NT: YouTube is a fantastic route for people to see what they are like on camera. When I started in the industry, it was a huge task to make a cooking show. Now you can film and produce on your phone. It’s been a tremendous transformation for over 25 years. One thing that is highlighted to us is people are shooting themselves and making themselves known to casting agents. There are probably about 60% of chefs who are okay on camera, 20% below that who should never go never one, and above that there is another 20%.

NT: Those 60% are great when in a position of being guided and helped; they might be able to do a really good demonstration of how to prepare a dish to a presenter. It’s a different skill to be able to hold, curate and present a half hour. That’s the 20% above. Of that 20% there are 15% who are better, and that is the group that is very interesting. Above that 5% are the chefs you know by one name – Jamie, Nigella or Siba. The camera for some people is like waving a magic wand, their eyes sparkle and you are just drawn to them like a moth to a flame. It’s not even a challenge for them.

TBI: Can you apply that to YouTube and other online platforms?

NT: The filter is harder to apply with online talent. With traditional TV you’ve gone through a lot of commissioners and the work is done. Online is a great opportunity, and anyone can be famous, but realistically for it to work I would need a team of 500 at terminals watching every bit off online content available to find the hidden gem. For us, it’s always easier if we’re brought the need rather than delivered the haystack.