Victoria Jaye has been leading the BBC’s online commissioning efforts since 2011. She has recently spearheaded a push into original drama and comedy as the UK pubcaster prepares for life youth-skewed channel BBC Three. Though in the middle of its cost-saving Delivery Quality First strategy, the BBC says there are opportunities for producers to work on new forms of online content.

TBI: Tells us about the current BBC iPlayer content strategy.

VJ: We relaunched the iPlayer earlier this year as a single design working optimally across all screens. That’s really about us evolving iPlayer to be a primary gateway to the entire BBC televisual offer of live TV channels, on-demand programmes, iPlayer-exclusive content and archive content being showcased in one place.

TBI: The iPlayer has been commissioning drama and comedy shorts. How have they performed?

VJ: The first thing to say is they’re both very different types of content. The drama is really about new talent – new writing and directing talent being showcased on iPlayer. The comedy shorts are about established comedians invited onto iPlayer to create comedy that is original and different and very much authored by them, as opposed to conceived through a linear television slot. Both the drama shorts and the comedy shorts have made it to our most popular content in iPlayer.

TBI: In terms of the demographic, are the dramas and comedies aimed at a youth or younger audience than the typical BBC One audience?

VJ: In the case of the dramas, they were absolutely conceived for the 16 to 24 year-old demographic. The original comedy shorts were not conceived with any particular demographic in mind. They were channel-agnostic in the sense that they weren’t associated with any channel, they were just a genre stunt, if you like, to explore comedy storytelling outside of the specific demographic, or indeed channel.

TBI: Short-form content seems to lend itself to tablet and mobile viewing. Has that been the case?

VJ: What’s important is we’re story-led in terms of how long our content is. The fact is we make long-form content, live content, short-form content, and it is all available through iPlayer. It’s very much up to the audience how far they want to enjoy that on a mobile or a tablet.

TBI: Can you reveal viewing figures for iPlayer originals?

VJ: We’re going to be communicating our performance around these in more detail in the future, but it’s fair to say we’re talking over a million – not tens of thousands or hundreds of thousands individually [for drama and comedy]. 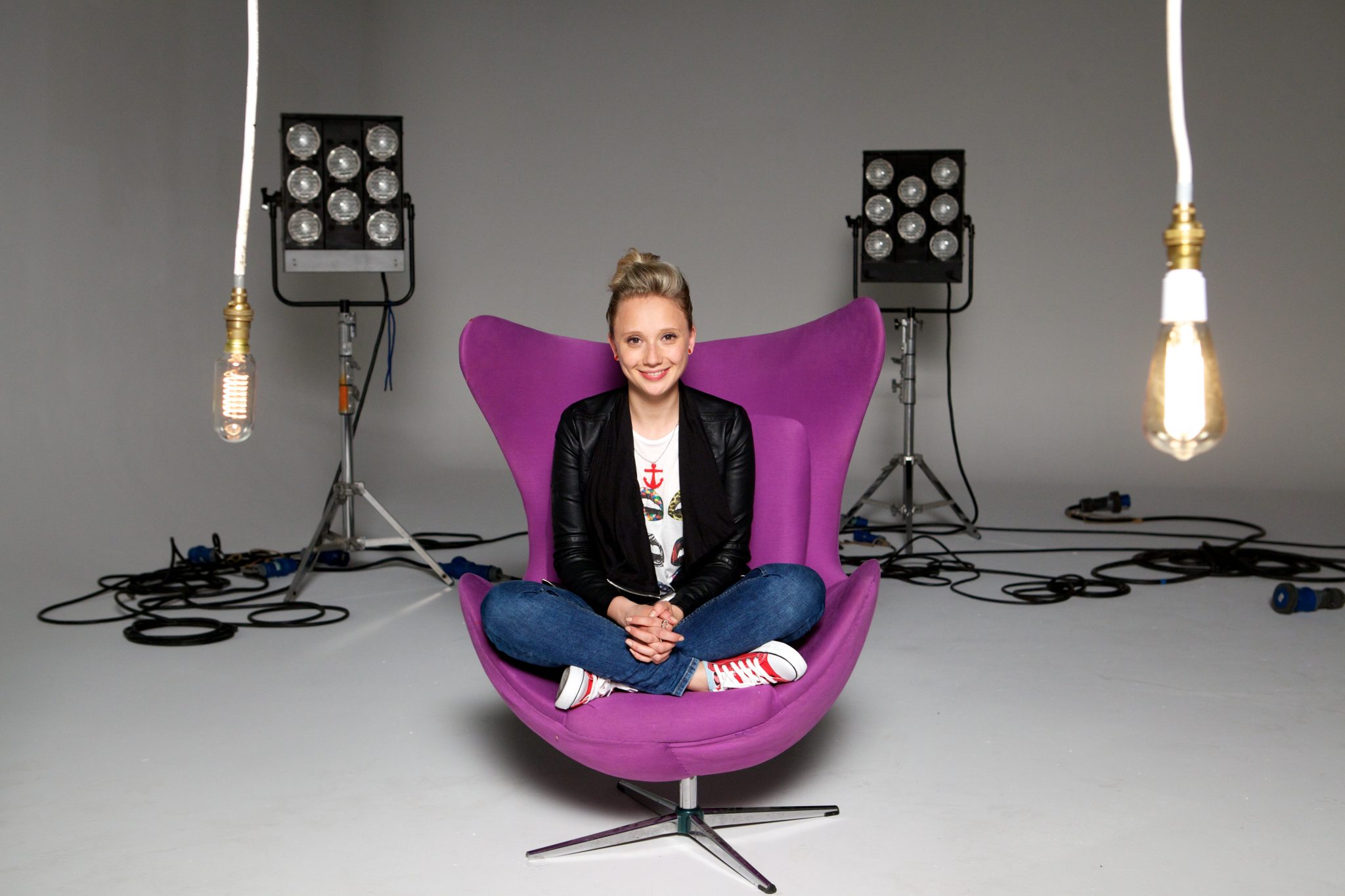 TBI: Is there something in particular about comedy that lends itself to the online viewership that you have for the iPlayer, as you have in the piloted BBC Three comedies online?

VJ: Comedy is a genre that we know, looking across the piece, is something that performs brilliantly online. It’s also interesting that within traditional network television, the opportunities for comedy are fairly finite around sketch shows, format or narrative scripted comedy. We’re particularly looking to online to drive new forms of comedic output, different shaped content – potentially more topical, more reactive [than television].

TBI: Will BBC Three going online-only give the iPlayer a more youth-focused identity?

TBI: What’s going to happen to BBC Three as a brand – without a linear channel will it still have an identity or will it all just become iPlayer content?

VJ: In truth, it’s just too early to go into detail on BBC Three at the moment. We’re still working on the plans, and they’ll be forthcoming as they’re more ready to share.

TBI: How much has Netflix’s House of Cards set a benchmark for original online entertainment?

TBI: We really welcome the competition from Netflix for creating high quality original programming for on-demand. In truth, we want a thriving creative community – it raises everybody’s game and in truth the audience benefit hugely. High-end quality dramatic storytelling is an area where we have an enormous amount of expertise, and we’ll be bringing all of that knowledge, as well as a large dose of original thinking, to ensure that the best writers and directors want to come to the BBC with their ideas.

TBI: Acting BBC Trust boss Diane Coyle recently complained BBC One played it too safe in its peak schedule and drama. Does the iPlayer have a role in helping to address this?

VJ: iPlayer has a complimentary role in the portfolio of the BBC, and you’re right – we are actively drawing on iPlayer to create output that feels public service distinctive, but possibly wouldn’t necessarily find its natural home in a linear schedule.

TBI: And for comedy?

VJ: The original comedy shorts are another example of where we want to push the boundaries of comedy as a genre. iPlayer is an ideal platform for the BBC to do that alongside the great work that it does on BBC One, Two, Three and Four.

TBI: In the future, how much do you see the iPlayer being a testing ground for content that is eventually going to be on the BBC’s linear channels, and how much will it be a distinct distribution channel?

VJ: It’s already fair to say that iPlayer is already a very successful distribution channel – we’re the number one brand in the UK, and we’ve had over 10 billion programme requests since launch. Where we’re going with the service is about evolving that promise to be this incredible gateway into the richness and range of the BBC’s televisual offer.

TBI: So this is a play for talent?

VJ: From new talent content, first look, first-see, growing the hits of tomorrow, as well as welcoming  some of our most prestigious story tellers from [Doctor Who’s] Stephen Moffatt to [arts journalist] Adam Curtis onto the platform to create very powerful original stories that simply couldn’t be told in traditional networks. That’s really the sum of where we’re going – from catch-up to entertainment destination in its own right.

TBI: What originals are you going to look to commission next?

VJ: We’ve got an original season of programming on science fiction, there will be more exclusive drama to be announced coming down the track, exclusive episodes of some of our most-loved entertainment and drama brands, more festivals and events, and others.

TBI: Will forthcoming dramas and comedies be short-form?

VJ: What I want to land here is we’re about as long as the story demands it. We’ve got a very story-led approach to duration and form. We start out with what the writer wants to achieve, and the story we’re trying to tell is. If that requires hours to tell meaningfully and powerfully, then we’re happy with that.

TBI: Are you actively soliciting pitches for different types of content?

VJ: We commission, we work through linear commissioning, and we draw on expertise. Right now [because of] our budget, we tend to work with writers who really want to go on this adventure with us with the iPlayer.

TBI: BBC Worldwide has wound down the international iPlayer, so is there new scope to sell some of these new iPlayer commissions internationally?

VJ: Just as we do in linear, we work with Worldwide on co-funding opportunities where they feel there’s a market for our content. We would absolutely be open to those discussions with Worldwide, and we are.

TBI: Will Worldwide distribute those comedy and drama shorts that have been produced so far?

VJ: I don’t have any detail on any specific deals they’re doing, but we do talk to them about opportunities as mutual interest to them.

TBI: Are all commissions in-house or are you working with the indie community too?

VJ: We work with indies as much as we do in-house. In fact, the original comedy shorts were produced by Pet Productions. There are forthcoming announcements around other original programmes for iPlayer being produced by independent production companies, and we continue to work well with in-house.

TBI: What’s been the feedback from writers and creators around doing story led content in terms of length? They must find it refreshing not to create for fixed durations.

VJ: Absolutely. It’s probably the most revolutionary thing a lot of our storytellers have heard in a long time.