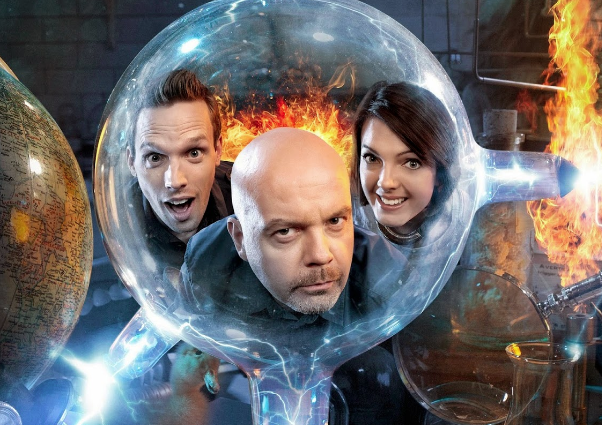 Antony Fraser, CEO of Rare TV answers TBI’s questions as to why now is a good time launch a new production group.

TBI: Why did you decide now was the time to launch Rare TV?
AF: Joel and I watched the first stage of consolidation in the indie market. I was at Ingenious when it started and he was at RHI. That progressed to the point where there were a bunch of super-indies at the top, and some of the talent that had formed part of the consolidation had started to spill out and come back into the market. Most middle market companies had been bought, and that this gave acquirers a conundrum: private equity and large corporates want to make an acquisition that moves the dial – strategic or financial – for them. We felt there was room for an intermediate model.

TBI: Where in the market will you operate?
AF: The strategy is to go and conglomerate smaller production companies. The bottom line for a company attractive to a larger company is  EBITDA of around £1 million (US$1.6 million) per annum. If a well-run company can make a 10% profit margin then that’s about £10 million turnover, and that’s where we believe corporate businesses and private equity become interested. We’re looking at operating below that level. Our first acquisition, 360Production, turned over about £3.7 million. We will look at businesses that might have been going for a year, and are knocking on the door of £1 million turnover, or those going a few years that are at £2 million. We’ll look at companies turning over up to £5 million.

TBI: What was behind the decision to focus solely on UK factual producers?
AF: UK producers are not only known for their creativity, but it is only jurisdiction in the world that is governed by terms of trade. That means there is value in hanging on to international rights. It’s also about risk: in the factual area, it’s possible to find a small production company with a decent, diversified portfolio of projects. Factual budgets are relatively low, the projects are often fast-turnaround and you can develop different kinds of projects relatively quickly: formats, one-offs and returnable series. You’ve got a real opportunity to create international brands, as factual is a very broad church.

TBI: Should we think of Rare as a UK-specific business?
AF: No. The focus for our M&A activity in the early days is going to be the UK because we want to build a diversified group in the factual genre under terms of trade. What Rare brings to indies is the ability to broaden their commissioning relationships, not only in the UK, but internationally; Joel has very strong international relationships. The traditional, small indie is often started by someone who came from a major broadcaster, and inevitably that means they have strong relationships within that group. Sometimes it takes a while to develop new ones, and often they’ve never been abroad, even to the US.

TBI: So you’ll be looking at cable channels in the US as a key source of business?
AF: Absolutely. The 360Production team are going on their first US trip to meet broadcasters this month.

TBI: What else can you offer indies?
AF: We also bring real focus on the development slate and pitching process. Small indies don’t have resources coming out of their ears, and when they are producing they are producing. It’s only when they’re not that they remember to develop new programmes. What you need to do is make sure that development is going on all the time to make sure there’s no hiatus. As we get bigger, it will become easier to develop powerful development [strategies] that sits alongside production.

TBI: Are you concerned how the current wave of mega-consolidation will affect the business?
AF: I’m not sure we should feel threatened by groups [such as Discovery-Liberty-All3Media or Shine-Endemol-Apollo]. A general trend in business is that managing creativity is very hard to do, and that managing creativity at a larger scale is even harder. There will be creative fall-out when they combine their organisations. These people will form part of that new indie market and talent pool that we hope will be available to us. Duplication means there will also be some subsidiary M&A activity.

TBI: So you expect to carve a niche?
AF: At the end of the day, I believe the cream always rises to the top. It’s about the quality of the idea, and if you have quality you will always have a place in the market. It will never be true that the only quality ideas come from large companies.