Every year, brave indie producers stand before the great and the good of European animation commissioning to pitch their latest wares at the Cartoon Forum. Ahead of the event in September, Jesse Whittock looks at the projects heading for Toulouse. In the final part of our run-down, we look at the newer players in town: Poland, Estonia, Croatia, Slovenia, Latvia, Bulgaria and Malta.

Poland’s reputation in animation circles has been growing in recent years having hosted Cartoon Forum in 2011. That event saw Your Family Entertainment acquire distribution rights to Agi Bagi, a Polish-developed toon, and this year’s batch of pitchers will be hoping for similar success. The pair of Polish projects are Grand Banda, a 2D-targeted short-form series for 6-8s from Grupo Smacznego and The Flying Bear and the Gang from Badi Badi, Music Production Studio SPOT, Warsaw Lawyers and Bartosz Wierzbięta (below). 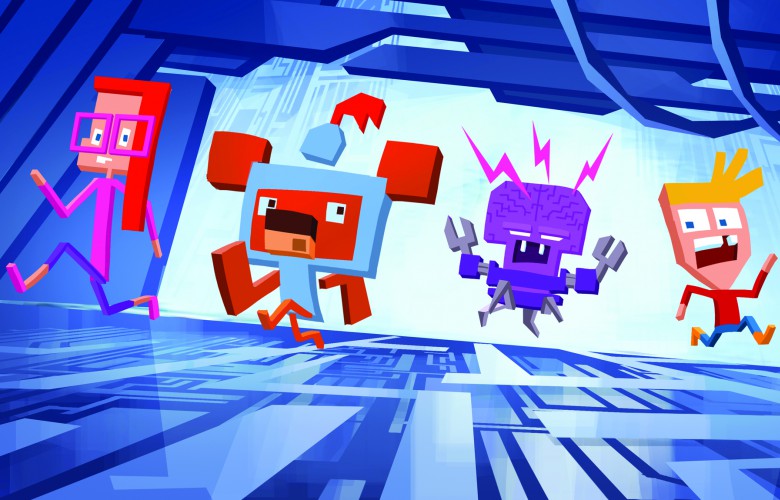 Q & A: Tom Niedzwiedz, producer, Badi Badi, The Flying Bear and the Gang

The Flying Bear and the Gang is a 13x10mins 3D coproduced action-adventure series in which a magical bear and his helpers, a brother-sister duo, battle with their nemesis, a 1980s video game character called Cyber, who wants to create a digital army of monsters that would take hold of children’s imaginations.

How did you develop the concept?
During a conversation with my eight year-old daughter about Czech legends on a journey to Prague, she asked why such story legends were often so complicated to understand. Couldn’t they be just a little simpler and funnier? I realised that they could, so I created a story that was full of action and adventures about our little story tellers – the bear and the two kids – who are trying to save forgotten legendary figures from being digitised by the Cyber.

What makes the project unique?
Mainly the idea. We travel with the Flying Bear and his gang through Europe, where we find many forgotten stories, and largely unknown stories, which are a backdrop for the action. Kids will meet a Giant Snail called Lu Carcolh in France, the Kraken in Norway, the Sirens in Italy, Sweden and Poland, and the White Lady in Germany.

Are you looking for coproduction partners?
Yep. We’re finishing our previous animated series, Agi Bagi, which is for the 2-4  demo, and during this time we’ve that it’s necessary to have a production partner with a different perspective. This is especially true for The Flying Bear and the Gang, which is a naturally international project because of the idea.

Central and eastern Europe as a region is more traditionally a buyer rather than a developer-producer. The fact original ideas from Bulgaria’s Frozen Studio and Vetrogon, Estonia’s Nukufilm OÜ, Latvia’s Atom Art and Croatia’s Studio Dim (which is working on Let’s Play a Story with Sweden’s Alphaville and Slovenia’s Bela Film) are heading to the Forum is testament to the fact European animation is, like the continent itself, welcoming new members. 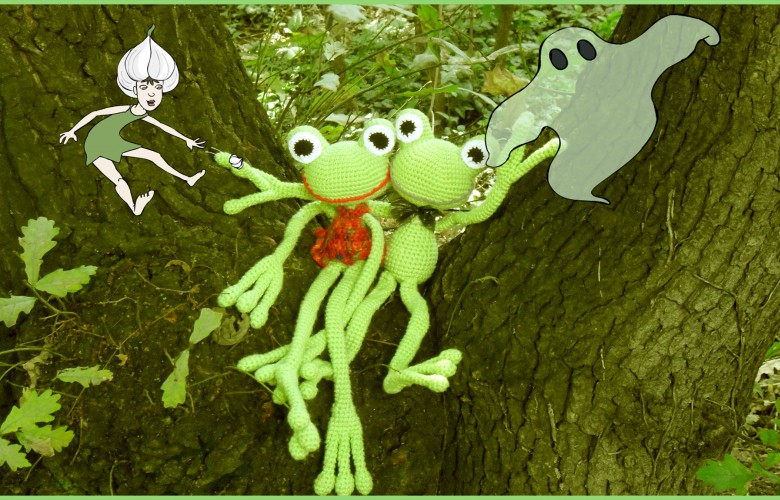 Frogo and Frogrance is a 13x3mins stop-motion/2D animation project for preschoolers in which two friendly knitted frogs discover the world through adventures they have while reading books. It aims to instill a love of reading in its young viewers.

How did you develop the concept?
The main purpose of our fun and educational Frogo and Frogrance series is to support children’s imaginations through reading books. The development was informed by the growing violence in children’s films and TV series these days. Ugliness and aggression reigns – at a certain point this turned into a ‘normal’ type of behaviour for this generation. For us, it is extremely important that series are created in the spirit of kindness, smiles and harmony. Our aim is to help children learn with each episode, and hope it will help them grow as human beings.

Who is sponsoring the project at Cartoon Forum?
Currently we are working with Audiovideo ORPHEUS Inc. from Sofia, which has expressed a desire to be Frogo‘s distributor.

What makes the project unique?
We decided to use a combination of different animation techniques, as we thought it would attract children’s attention. With the help of our different characters kids could develop their love for reading books as a source of discovering interesting new worlds. A book can give them certain things that cannot be replaced by anything.

Are you looking for coproduction partners?
Yes, we are, as well as potential buyers and broadcasters for our new born project. Let’s work together and create enchanting animation for our children!

The relatively new EU country of Malta makes its Cartoon Forum debut this year. Though virtually unknown in the European animation market, the country’s producers are experimenting in 2D, 3D, stop-motion, sand, pinscreen and flip book animation. Immortal Transmedia, a UK-affiliated production house, will represent the nation’s effort in September. 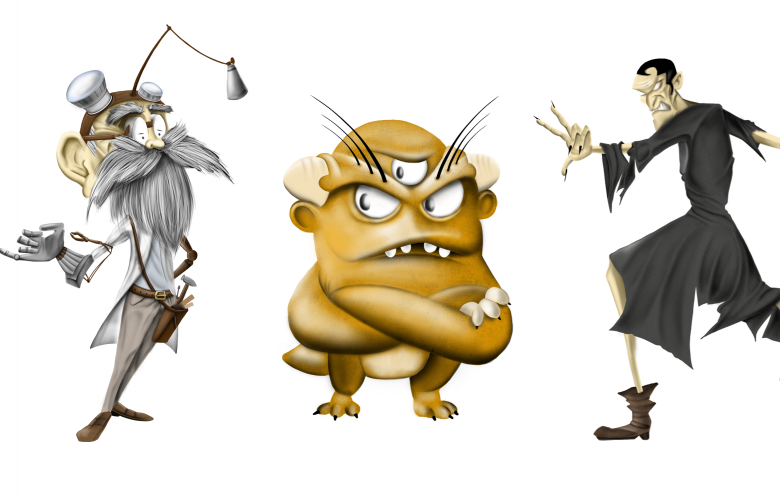 Q & A: Jean Pierre Magro, producer, Immortal Transmedia, Once Upon a Crime

Once Upon a Crime is a 13x22mins cross-media project that will include an immersive online world. The TV series will follow three officers from the Storyville Police Department that stave off relentless attacks from mad wizards, frost giants and evil queens that want all stories to have a bad ending. It will reference well-known fables and tales, intertwining them in each episode.

How did you develop the concept?
Once Upon a Crime is an animated TV series about the Storyville Police Department and their efforts to save the wondrous city of Storyville from relentless attacks from the Dark Lord’s hordes. We follow three valiant souls, who are determined to stand against ancient foes. This series will take fairytales to the next level by presenting a cacophony of the stories we all know and love weaved together in a new, entertaining and modern way, and it will appeal to the young, hyperlinked audience of today. However, it will also be familiar to anyone who has ever read an illustrated fairytale book. The designs give a definite nod to the Noir detective films of the 1950s, and create a fresh take on the classic fairytale representations.

Which broadcaster is sponsoring the project at Cartoon Forum?
PBS in Malta.

What makes the project unique?
This is a project that intends to encourage reading.  Our audience will be invited to visit the online world of Storyville where they will be able to interact and play with its inhabitants while roaming around the beautiful city, and most importantly, visit the glorious Tower of Fables. Once there, they will register with an Official Guard who then welcomes them as an Apprentice. As they climb through the levels in the Tower, they earn more points. The kids will have the possibility to explore, and read or listen to many fairytales as they interact with their favourite characters, along with other children from around the world. This will be a real immersive experience.