Every year, brave indie producers stand before the great and the good of European animation commissioning to pitch their latest wares at the Cartoon Forum. Ahead of the event in September, Jesse Whittock looks at the projects heading for Toulouse. In the third part of our run-down, we look at efforts from Italy, Spain and the Nordics.

In general, Italian producers rely on the country’s public broadcaster, Rai, to provide finance for their animated projects. Calls for tax credit systems haven’t yet been heard, so it is a surprise all four Italian projects at the Forum have no foreign partners. Within these are is the 4-5-skewed Graphilm’s Nefertine on the Nile and Cooking Time! From Lynx Multimedia Factory and Musicartoon for 9-11s, teen-targeted rotoscope project Gaia from Tilapia and Rai Fiction; and Ops, What a Hosprible Pack! (below). 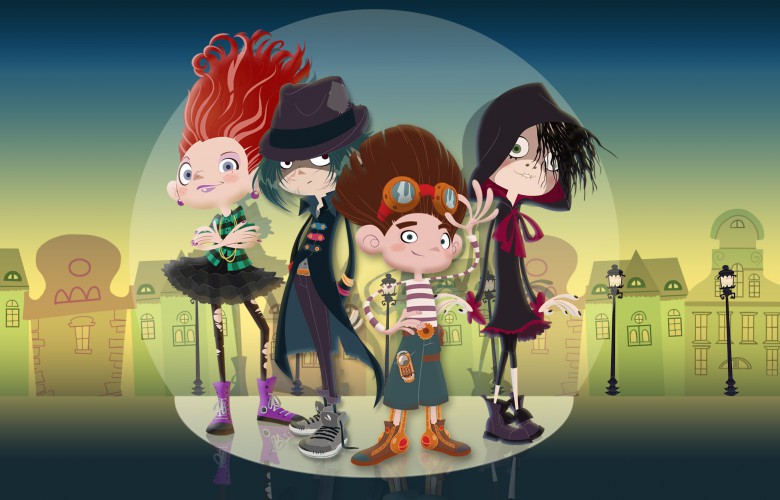 Ops What a Hopsrible Pack! is a 52x12mins 2D-animated series for 6-8s. It follows the adventures of the “weirdest, most grotesque and funniest group of friends you’ll ever meet”. It comes from respected Italian toon prodco Studio Campedelli and Moviementi Production.

How did you develop the concept?
The project is an adaptation from a book series published by Giunti Editore, the top Italina kids and children’s books publisher by market share. In July, Studio Campedelli we entered into a partnership with Giunti, making it pretty natural to share content from publishing to production and vice-versa. The property has very strong potential; the protagonists seem like they were born to be animated. That’s why we decided to adapt it as an animated TV series.

So Giunti is sponsoring the project at Cartoon Forum?
Yes. Because of the origin of the project our sponsorship partner is Giunti Editore. As regards to the broadcaster, the project is at too early a stage to get any kind of actual confirmation, we got positive feedback from Rai from on the first materials we sent out.

What makes the project unique?
The characters. They are weird and amazing, a little strange and one-of-a-kind, but free, special, sincere, funny and with their own way of getting through everyday life. The ingredients of dark humor, nonsense, slapstick comedy and misunderstandings mean you can’t help laughing. The content is a light and funny narrative chronicling of the daily mishaps and confusion this gang deals with while experiencing the big and little emotions that are the stuff of childhood. The message is that the world is full of friends…You just have to know how to find them.

With no tax break to help them, Spanish toon houses have become extremely creative in their approach to financing, with Imira Entertainment scoring an investment partnership with the GD Entertainment Fund, for example. International copros are the other route – four of six Forum projects have partners from countries such as France and Finland. Interestingly, Piaggiodematei’s Troubling Monsters counts Colombia’s HierroAnimación as a production partner. 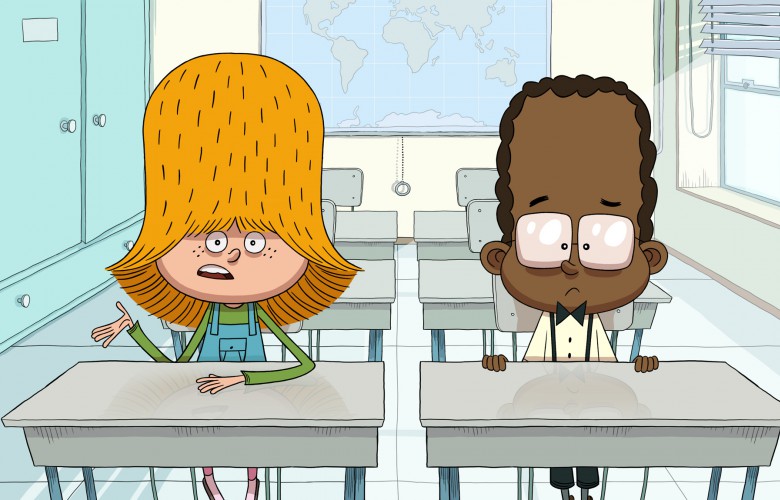 How did you develop the concept?
This is IP based on a collection of eight books of same name. Published originally in 2011 in Spain in two languages, Castilian Spanish and Catalan, they have already spread to territories such as France, Czech Republic, Turkey and Latin America. The books are graphic novels that combine text with visual gags, and when we read them we realised they had great potential. We contacted the authors, signed a deal with them and went to the market to finance the show. The current project is the result of a co-development agreement between four companies in Barcelona: Wuji House, Insomne Estudi, Alla Kinda and Edebé as leading producer.

Who is sponsoring the project at Cartoon Forum?
We do not have a broadcaster on board yet as the development materials are still a work in progress. They will be finished by the Forum so we hope to close the first deal with already-interested broadcasters right after. At Cartoon Forum we are sponsored by Zodiak Kids from the UK.

What makes the project unique?
I, Elvis Riboldi is an absurd comedy about a 12-years old kid, who unwillingly creates chaos. He’s not really a bad boy, not into pranks or dirty tricks, but always makes blunders. In this series the ‘how’ is so important as the ‘what’. We will use the narrative resources that already exist in the original books to create a fresh, funny series that breaking the fourth wall with documentary-style declarations to camera, use of voice-over, flashbacks and pop culture references.

Are you looking for coproduction partners?
Yes, we are in an early development stage so we’re looking for coproducers, investors, broadcasters, distributors and/or licensees. We already have a pre-agreement with Tele Images Productions, the Zodiak Media Group company, by which they represent the title in French-speaking territories. Tele Images will become coproducers of the show if it gathers interest and financing from the French market. Apart of them, we are open to further collaboration with third parties. 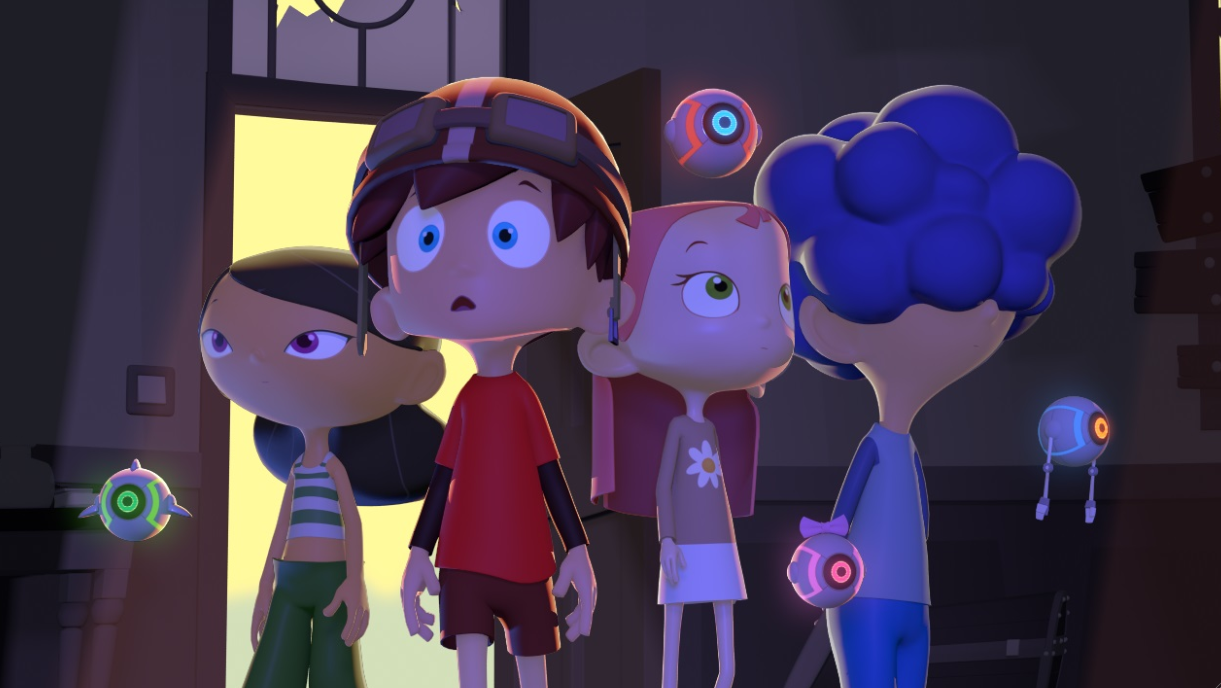 Planet Play is a 52x12mins TV series and cross-media brand based around the comic adventures of a group of kids and their personal robots that have minds of their own.

How did you develop the concept?
Planet Play was initially created as an outdoor mobile amusement park that has already ad more than 300,000 children pass through it. From the success of this concept the TV series and videogame elements were born. Initially created by Sunflower Graphics and co-developed with Imira Entertainment, the TV series includes interactive technology, augmented reality, a videogame and mobile games, and a wealth of apps and transmedia content.

Who is sponsoring the project at Cartoon Forum?
Imira Entertainment is taking Planet Play to Cartoon Forum to present it for the first time, and to look for financing and co-production partners. Italy’s Maga Animation Studio is sponsoring it as the Forum and may come onboard as a coproducer.

What makes the project unique?
While it is a great comedy with lots of adventure, Planet Play also has a unique component that is a the key element to the storyline: the robots that the children have. This creates both hugely comical and unique situations in the series, and plenty of transmedia and consumer product possibilities.

Are you looking for coproduction partners?
Yes, we are actively looking for solid partners that sees the potential that we do in Planet Play.

Scandinavian companies are involved in nine projects this year, seven of which they will lead. Danish producers provide the most in the form of Kongo Interactive’s Double Trouble, Copenhagen Bombay Productions’ Me and Sonny, Wil FIlms’ German coproduced Three Fools and Zentropa Entertainment’s Belgium coproduced Nitello. These target either preschoolers or 6-8s, as do Finland’s Fleak (below) and Hullbalooba. 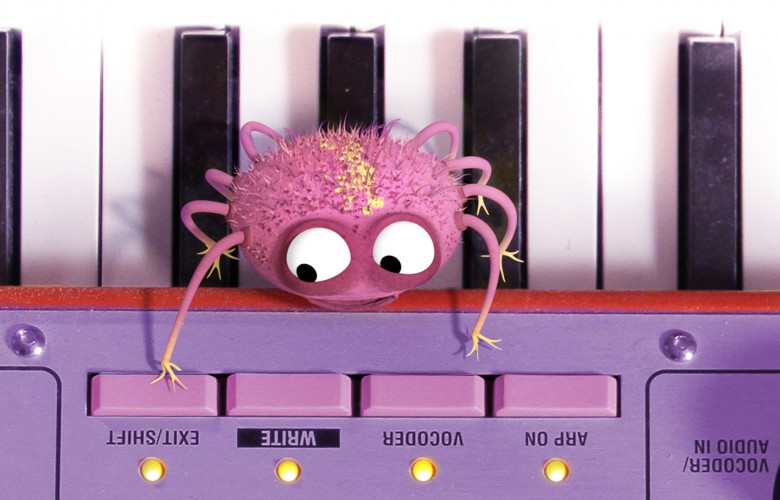 Fleak is a 25x5mins live-action/animation hybrid series for preschoolers about a small bug that tries to familiarise itself with our world and children. The character, Fleak, is prone to bouts of anger but is able to navigate problems and experience the joys of discovery.

How did you develop the concept?
The Fleak character was born out of an imaginative solution to waking up the creator’s three-year-old child, Aapo, by using it calm the child’s emotions. The character soon became a regular tool for those handling difficult situations, for example by quickly converting a child’s emotional state to a different one. Fleak has the potential of bringing joy to a much larger audience.

Which broadcaster is sponsoring the project at Cartoon Forum?
Fleak is in a very early development phase. At the moment we haven’t locked in any broadcasters, but we have negotiated with the genre production arm of Finland’s national broadcasting company YLE. It was interested about the themes Fleak presents, and also intrigued by the technical side– mixing live action and animation is a challenging yet fruitful way to tell Fleak’s story.

What makes the project unique?
The concept is about a small bug from another dimension who has a desire to learn about the life of children. The creator and director Antti Haikala describes it as “not over cute”, as he “never felt comfortable blabbering to small children as they were some different species”. He describes it as “something playful, a bit anarchistic but still rooted in our common experiences of being children and parents”. Technically Fleak’s production is also very unique. The animation is made mainly with Anima’s own high-tech innovation called the ‘Glove animation technique’, which is a mixture of puppet animation and 3D animation.

Are you looking for coproduction partners?
At Cartoon Forum we’ll definitely keep our eyes and ears open for all coproduction opportunities ­­ that’s the most fruitful side of the event. Technically, Fleak is designed to facilitate its production with a compact team. Partners with a solid background in distribution and licensing could be the best coproduction candidates for us.

Read the final part of this feature tomorrow on TBIvision.com