Every year, brave indie producers stand before the great and the good of European animation commissioning to pitch their latest wares at the Cartoon Forum. Ahead of the event in September, Jesse Whittock looks at the projects heading for Toulouse. Today’s featured territories are Ireland, Belgium and Germany.

Ireland’s growing reputation as an IP creator will be enhanced this year by the ten projects it brings to the Cartoon Forum. Only one – Ink and Light’s Papa’s Boy – has an international partner. Recognised players such as Monster Entertainment, Kavaleer Productions, Wiggleywoo and Jam Media will pitch The Dinkers, Kiva Khan Do!, Scribe and Little Roy, respectively. In keeping with recent Irish production tradition, a majority are preschool projects, though Treehouse Republic’s Dragon Fist is for 9-11s, while Cartoon Saloon’s Elle the Ace is among three 6-8 targeted series. Wiggleywoo’s Scribe, meanwhile, goes after the young adult demo. 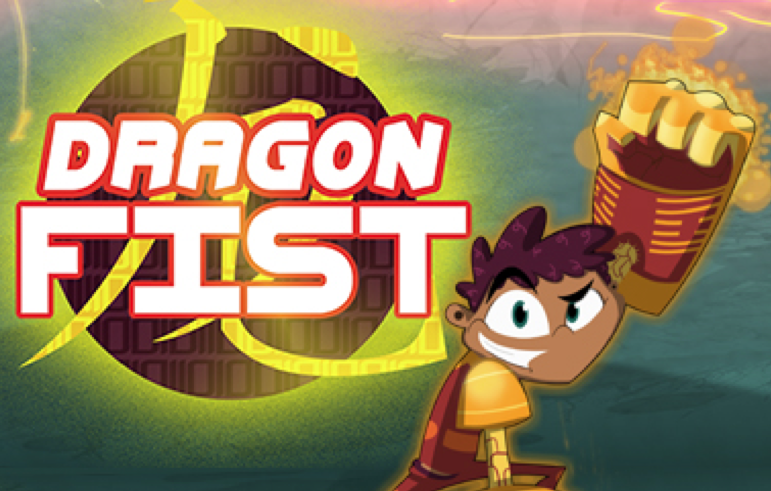 Dragon Fist is a 52x11mins for 9-11s comedy in which a 14-year-old boy living on an Earth that has been enslaved by a bizarre hedonistic alien race gains control of the Dragon Fist, a weapon with the power to free humanity, but has no idea how to wield it responsibly.

How did you develop the concept?
When a member of Treehouse has an idea, we add them to what we call ‘The Vault’. When we look for a new idea to develop our development team will go through all the pitches in The Vault and select what we think works. We then develop them into two-pagers that we then pitch to broadcasters at the markets, and based on their feedback we choose what to push into full development and what to shelve.

Which broadcaster is sponsoring the project at Cartoon Forum?
Ireland’s RTE.

What makes the project unique?
Dragon Fist is unique in that it takes place in a dystopian future earth with a rich expansive world populated by daring lovable and very different characters. However our hero, Jake, makes sure that in this action packed, sci-fi and martial arts explosive extravaganza we focus on having fun.

For a country with a TV industry much smaller than that of its neighbours France, the Netherlands and Germany, the number of Belgian projects for the Forum is remarkable. Six shows, including Eyeworks Belgium’s Dudels and Creative Conspiracy’s Otto’s Tall Tales, are solely Belgian efforts, while Fox and Hare, Huggleboo, The Baron, The Tall Tree and To Whit to Whoo Tales are coproductions with partners in the Netherlands, France and Germany. Belgium’s producers will also display a range of mixed-media projects, including live-action hybrids and shows using paper toy techniques. Execs will also be keen to see Roger Flambe: (Animated) Actor, the latest series from Thuristar, the prodco behind 2012’s My Knight and Me, which claims to be the most successful Cartoon Forum project in its 25-year history. 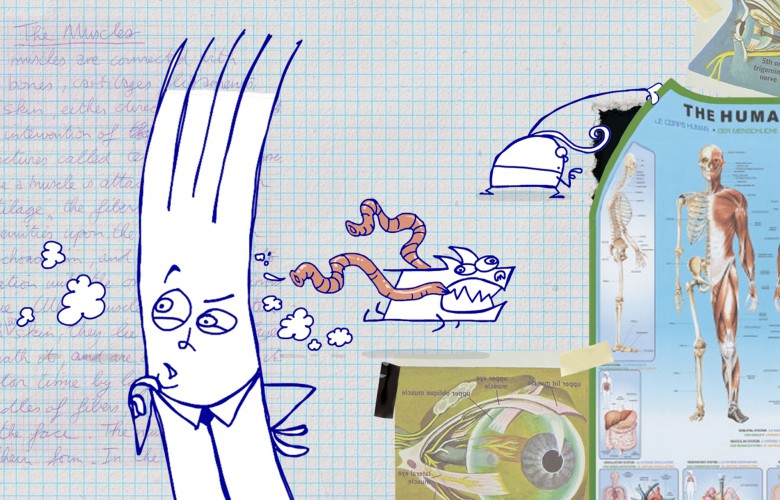 How did you develop the concept?
A year ago, Rudi Mertens, the creator of Dudels, presented me the concept and it was love at first sight. The Dudel characters made me laugh from the first moment I saw them. Together we molded the concept to what it is right now.

Which broadcaster is sponsoring the project at Cartoon Forum?
Ketnet, the Flemish public broadcaster.

What makes the project unique?
Dudels is a universal, cross-cultural concept. After all, children all across the globe draw doodles in their copy books at school. It is also a series which will stir children’s creativity: they can draw, cut, paste and make collages themselves.

The stories are not only funny and exciting, they also touch upon particular subject matter. They will also touch young children’s emotions – and that is something we rarely see in animation series nowadays. In this series this is possible because twelve year-old Sara, who draws the doodles in her drawing scrapbook, comments on her living environment through those sketches and pasted photos and pictures. That is what makes this series so powerful: the stories touch upon issues young children are at odds with, but in a pleasant, free and easy way.

Long described as a ‘sleeping giant’ of European animation, Germany remains off the pace with other major TV territories in terms of output. This year, German producers provide three projects: Rothkirch/Cartoon Film and Motionworks’ Ghost Train Elly, Animationsfabrik’s cross-media project Mick the Kobold Chef and Studio Film Bilder and SWR preschool coproduction Patchwork Pals (below). Others such as Scopas Medien, Wonderworks and JEP Animation are involved in coproductions. 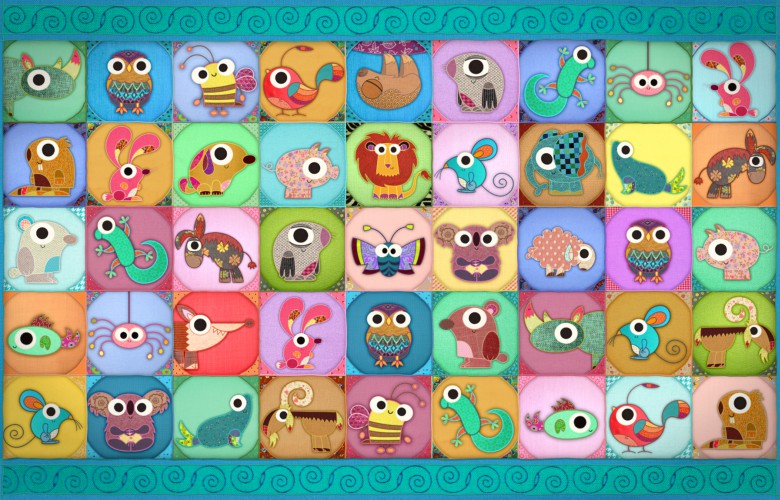 Patchwork Pals is a 26x3mins short-form series from emerging German producer Angela Steffen. Each episode follows an animal from a huge patchwork blanket who needs help with a problem.

How did you develop the concept?
Our regional TV channel, SWR, asked us for little animation films, which focus on one animal in each and are understandable for little children. We produced 13 of these films with different directors; one of them was with Angela Steffen, a young talent who just finished her studies at the Filmakademie Baden-Württemberg with the multi-award-winning film Lebensader. She made three films and took the chance to develop a miniseries out of them. Andreas Hykade, an experienced animation director, supported her, along with a study colleague, Andrea Deppert. In each episode one of the animals has a little problem. The other animals try to help, but only one of them finally finds the solution.

Which broadcaster is sponsoring the project at Cartoon Forum?
As the SWR already financed three episodes, it will be the main sponsor.

What makes the project unique?
The project has an unique look. The characters really look like patchwork figures, so children can imagine how a patchwork blanket comes to life. The stories are simple, heartwarming and perfectly fit for TV beginners.

Are you looking for coproduction partners?
We are mainly looking for financing partners, but we won’t exclude the possibility of sharing the work with a studio that has matching ambitions and abilities.

Read part three of this four-part feature on TBIvision tomorrow