The screening and copro documentary market Sunny Side of the Doc remains a very French event, but China was the territory on everyone’s lips this week, reports Pascale Paoli-Lebailly.

A study by research house The Wit ranks France as part of the top three documentary distributing countries, behind UK and the US thanks to the history, wildlife and investigation titles coming out of the country. Gallic doc production totalled 3,092 hours last year with a total value of €489.5 million (US$666.7 million).

However, CEO Yves Jeanneau says the just wrapped Sunny Side 25th edition in La Rochelle has also successfully turned into what he dreamt of: an international and global platform for documentary open to all screens, all kind of distribution and production models. 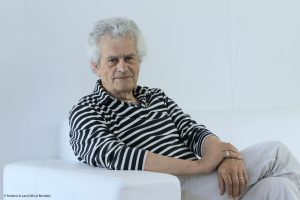 Despite prices going down, overall turnover in the global doc market is the rise as the number of buyers and increase. Nearly 50% of the 2,066 Sunny Side attendees were international delegates. With 58 attending countries and 244 buyers or decision makers, this year’s edition welcomed its first South African delegation, as well as 28 delegates that had travelled from Australia and 19 from South Korea. Canada and Germany were also notably well represented.

However, on the heels of last March Asian Side of the Doc, China was the most talked about country. The 50 Beijing delegates, from the rising Beijing Documentary Channel and the CCTV network, tried to seize new financing, sales and promotion opportunities.

“Asia is the continent where there is the most development in the documentary sector,” Jeanneau said. “It speaks to the thirst for learning among 500 million Chinese middle-class people. Documentary is also a genre backed by the Chinese government, looking to promote a better image for the country. Four years ago there were four copros with China, this year 15 international partnerships are ongoing with France.” 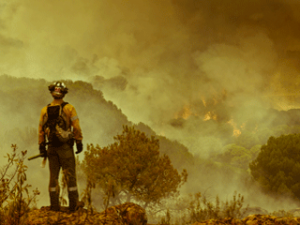 Along with France 2, CCTV9 has come on board of A Night on Earth, a 4K 1x90mins international wildlife coproduction using new technology to film in colour at night. Currently in production and set to air next Christmas, the €2.5 million project is directed by Thierry Machado (Microcosmos) and produced by Barthélémy Fougea’s prodco Winds in partnership with Jacques Perrin’s Galatée Films. International partners also include Belgian pubcaster RTBF and German distributor Autentic.

Beijing Documentary Channel confirmed its interest into Australian two-part documentary series The Tale of Two Cities: Beijing and Canberra, from Bearcage. ZDFE.factual was also looking to China and Asia for potential partners on its new project Europe: The Story of Us, an eight-part cross-media series produced by Nutopia, describing how Europe was built on the struggles of great civilisations. It is based on America: The Story of US, which went out on History in the States.

Numerous other projects were also pitched in La Rochelle, with a 25th anniversary Grand Prize going to Spanish doc Life in Flames (pictured). The 1x52mins project about fighting fire in Andalucia is produced by La Claqueta and 93 Metros for Discovery Channel and Canal Sur Television. Java Films has international sales rights, and last week sold it to Swedish educational pubcaster UR.

Besides chasing potential partners for classic TV projects, producers could also access to the Sunny Lab dedicated to transmedia pitching sessions. Now located on the heart of the market floor, this experimental space gave its top accolade to interactive project Adrift. This Mosaic Films/Decima Rosa Italian project (€850,000, is a reflection on the human experience and humankind as seen through the eyes of a man living alone on a shrinking iceberg.