Content Media Corp. has acquired international sales rights to a feature film based on the Dead Rising video game series, which has also secured distribution on VOD platform Crackle. 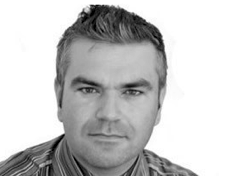 US studio Legendary Entertainment has sold the film to Sony Pictures-owned Crackle, where it will debut, and international distribution rights to content.

The film, set during a large-scale zombie outbreak, will debut in the US. It comes from Contradiction Films, which was also behind the digital series Mortal Kombat: Legacy. Lorenzo di Bonaventura (Transformers, Red, G.I. Joe) will executive produce, and Tim Carter is writer and producer alongside Tomas Harlan.

After Crackle’s exclusive run, Content will sell the show to SVO, DVD, VOD and TV platforms.

“Dead Rising does a phenomenal job of capturing the elements that have made this video game such an enormous worldwide hit,” said Content Television & Digital’s executive VP of sales Jonathan Ford (pictured). “It is certain to capture the imagination of its avid international fan base.”