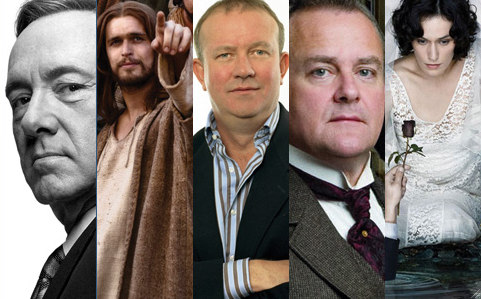 As another eventful year in television draws to a close, leading industry figures – including Warner Bros. formats boss Andrew Zein, BBC Worldwide’s Western Europe chief David Weiland and NBCUniversal’s David Mortimer – predict the trends and moments that will define the next 12 months.

Next year I am looking forward to the launch of a big noisy stunt format which will either be one of the most talked about shows of 2014 or you’ll never hear of it again… Hopefully it’s the former – if it is you’ll certainly know about it! – Danny Fenton, CEO, Zig Zag Productions

Looking ahead to the next year, my prediction for 2014 is Tatiana Maslany, star of the superb Orphan Black drama, winning a Golden Globe – David Weiland, executive VP, Western Europe, BBC Worldwide

I predict cautious yet much more optimistic spending in 2014, with continued growth in all forms of production, and more coproductions and pre-sales being forged for us. 2014 will be better than 2013 in the world of TV distribution – Nicky Davies Williams, CEO, DCD Rights

Amazing and unprecedented levels of demand for and investment in original content by established players – broadcasters – and new entrants – direct to consumer services – will struggle to be met at a local and global level as creative talent becomes even more sought after. Viewers and consumers will be the winners in 2014 – Andrew Zein, senior VP, creative, format development and sales, Warner Bros. International Television Production

In the US, the general trend towards noisy specials reached its peak with The Discovery Channel’s live broadcast of Nik Wallenda, the high-wire artist, crossing the Grand Canyon

without a safety harness.  The spectacular live camera positions – including a helmet camera and chest camera, combined with sweeping aerials – made this genuine must see TV. There were great historical inserts and the emotion of his family contributed to the shows watch-ability; there will no doubt lead to a flurry of live stunt based shows in 2014.

Channel 4’s bold commissioning of Blackout was for me a UK high point – I loved the ambition of this drama which was presented in a totally new way; tapping into the trend for UGC content in factual programming.  I think this will change the feel of many of the dramas to come out in the next 18 months; inspiring stuff – Kirstie McLure, managing director, Pioneer Productions

As 2014 moves into view, it seems to me that there’s a massive opportunity to find that truly ground breaking factual format that can take on the world. I’ve just invested a lot of NBCU’s development resources into a computerised random format generator that has been making great waves in the Far East – it’s early days obviously, but I’m very excited about The Great British Pawn Stars Ice Dance – David Mortimer, senior VP, factual and entertainment, NBCUniversal International Television Production