In the third part of a review of 2013, we look at the ever changing face of the industry – is that former rival now your partner in crime in your acquisitions department? TBI runs down all the major comings and goings from the past twelve months.

David Frank (left) took the TV industry by surprise in September when he announced he was stepping down as CEO of Zodiak Media. The well-liked Frank had been in the top role at Zodiak since it acquired RDF in 2010 and had been running RDF since 1993. Marc-Antoine d’Halluin was announced as his successor. 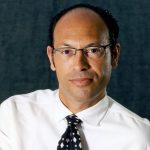 Other notable departures this year included David Ellender (right) as CEO of FremantleMedia International following a wide-ranging company restructure under the leadership of Cecile Frot-Coutaz. In October, TBI broke the news that kids and family boss Sander Schwartz was also leaving FremantleMedia to start his own indie – leaving the industry asking questions about the direction and ambition of FremantleMedia in the kids and family space. Ex-Hit Entertainment exec Rick Glankler has since filled Schwartz’s shoes.

Elsewhere, in July TBI was first with the news that Naomi Joseph had left her role as executive director of international scripted programming at Endemol and that All3Media formats sales chief Stephanie Hartog was being replaced by North One COO Neil Bailey.

It was all change at BBC Worldwide. Sales boss Steve Macallister left at the end of 2012 and a full restructure of the company saw programme sales and channels operations brought closer together. Paul Dempsey became  president, global markets, and appointed David Weiland executive VP for Western Europe; Ian McDonough for CEE; Joyce Yeung for Asia and Fred Medina for Latin America. Dempsey also held the reins at Worldwide while CEO Tim Davie filled in as acting director general at the BBC following George Entwistle’s disastrously short term in charge of the world’s largest public broadcaster.

The story of this year is summed up for me by a recent Chinadaily.com article. It told us that 12.5 million Chinese VOD platform subscribers had screened the British historical drama The White Queen – 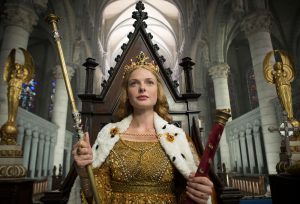 made by Company Pictures, our sister company, and licensed by us to Starz. It also reported 12.1 million had Skins – another Company Pictures show. The two series were the most popular British imports on the VOD platforms Tencent and Youku. We have also seen the Studio Lambert shows Gogglebox and Undercover Boss starting pre-production for Jiangsu TV and Dragon TV respectively; and our colleagues at Lion TV, following on from success with Cash Cab are coproducing a new big factual series with CCTV. Furthermore, our group CEO, Farah Ramzam Golant went to China as part of David Cameron’s trade mission. All this it has really felt for me like the year of China as well as the Year of the Snake

Not only was Worldwide widely restructured, with Davie at the helm the international iPlayer was killed off and a new premium channel brand was launched, BBC First. 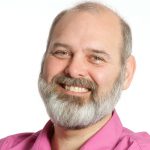 Meanwhile, there were too many departures to mention at Turner, which under the leadership of Gerhard Zeiler restructured its international operations, slashing staff across Europe and Asia. Notable exits included kids content boss Michael Carrington (right) – who resurfaced at Hit Entertainment – and Asian boss Steve Marcopoto who is being replaced by Sony veteran Ricky Ow (left). At the very top of the tree Phil Kent announced he was departing as international boss to be replaced by Time Warner CFO John Martin from start of next year. 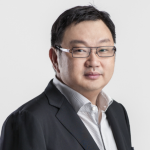 Should Martin make a good fist of the international job, he is seen as a strong candidate to ultimately replace Jeff Bewkes as boss of Time Warner.

Over at Discovery, international boss Mark Hollinger announced that having been at the firm since 1991 he won’t be signing a new contract and will leave in 2014.

In November Pete Smith confirmed what everyone was expecting – that he was leaving Cineflix. With a strong track record in factual and fact-ent, Cineflix’s bet on scripted did not pay off with Copper a disappointment. Acquisitions boss Noel Hedges was among other departures at Cineflix, while confusion around Christina Wayne’s position ended last week when she launched her own producer, Assembly Entertainment, with Endemol Studios in the US.

However, Cineflix has not completely given up on scripted is still a partner in Buccaneer Media, the joint venture prodco it set up with former Lime Pictures exec Tony Wood earlier in the year. Wood has written for everything from teen soap Hollyoaks, kids drama hit House of Anubis and scripted reality smash The Only Way is Essex. He now helms all Cineflix scripted projects going forward.

One of the most exciting events for Zodiak Rights this year was the sale of The Returned to Channel 4 in the UK and Sundance Channel in the USA. Produced by French production 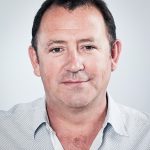 company, Haut et Court for Canal+ in France, this was the first time in over 20 years that C4 had picked up a foreign language drama. When it launched in the summer it rated extremely well and became the talk of the UK TV industry. Channel 4 took a risk and it paid off handsomely and that success now paves the way for other foreign drama to at least be considered by English speaking territories as it proves it can work

STAFFING UP: FIC HIRES… EVERYONE

Amid the weekly ‘rationalising’, ‘rightsizing’, ‘restructuring’, ‘streamlining’ and ‘fodderchopping’ (we made the last one up), one international media company just kept on hiring this year. Fox International Channels made a major international foray into sports channels with Fox Sports as well as deepening the range of lifestyle and entertainment services it runs.

The one departure of note at FIC was Jason Thorp, EVP, content and Europe and managing director for the UK and Africa, who announced his departure in November after a decade at the 21st Century Fox firm.